We took a bus from Piran to Trieste, it was pretty hard to find the bus we had to take and not much information was available regarding buses to Italy. Still we managed to get into the correct one and after 2 hours we were in Italy.

This stop was purely strategic as we needed to fly out from Venice as the tickets to Morocco were the cheapest from there and there is no direct transportation between Piran and Venice, so we decided to stay the night here. We had no idea of what we were going to find in this city as we have never heard of it, and guess what? We have never heard of it because there is nothing interesting to see! Go figure.

We were starving so found a well-rated restaurant. The catch? nobody spoke English. We are not entitled tourist that expect everybody in the world to speak English, we were just surprised to find it more difficult to order food in Italy than in Myanmar or Nepal. But what can we say, the food was great, it’s incredible how it can go from bland bad food in the Baltics to one of the best cuisines in the world in a couple hundred miles. 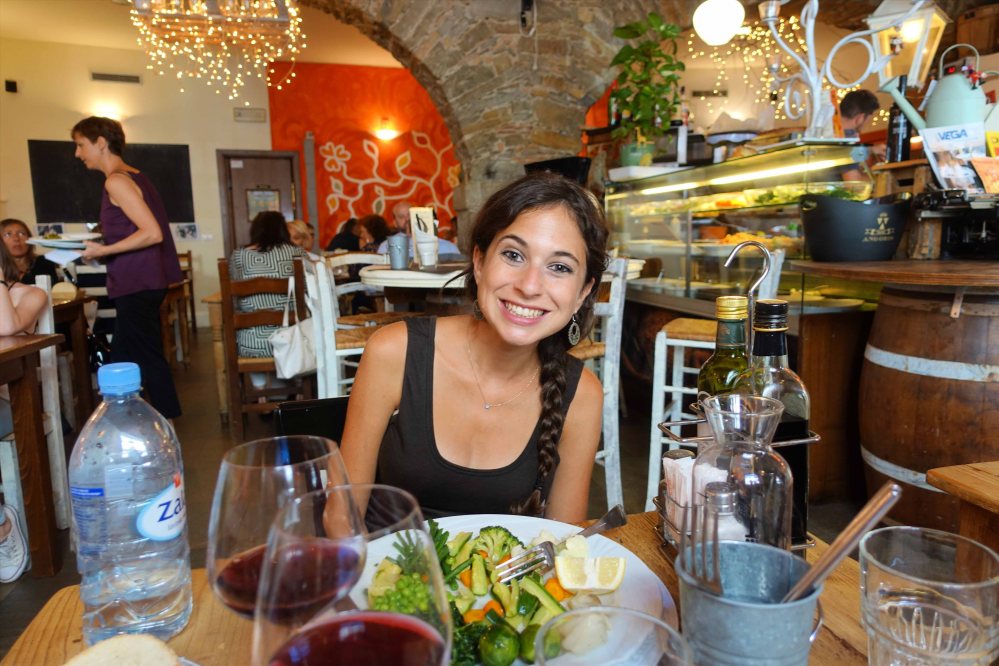 We read that you can get a nice view of the city by taking the hybrid tram/funicular ride to Opicina. It cost like 1 euro one way, so why not.

Opened in 1906, the line operates as a conventional, electrically powered tramway. On the steepest section of the line, the trams are pushed uphill and braked downhill by a pair of cable tractors that operate on funicular principles.

The view from above nice but we could’ve skipped it to be honest. We walked a little around Villa Opicina but it is mostly inhabited by a Slovene minority in Italy. It was just another suburb area with nothing interesting to see, so we took the tram back down to the main plaza.

Tumbling down to the Adriatic from a karstic plateau and almost entirely surrounded by Slovenia, the city is physically isolated from the rest of the Italian peninsula. Its’ historical singularity is also no accident. From as long ago as the 1300s, Trieste has faced east, becoming a free port under Austrian rule.

The Ponte Rosso (Pink Bridge), that crosses the Canal Grand houses the statue of  James Joyce, a famous avant-garde novelist and poet.

The city blossomed under the 18th- and 19th-century Habsburgs; the city was also an area where Italian, Slavic, Jewish, Germanic and even Greek culture intermingled.

As a prosperous seaport in the Mediterranean region, Trieste became the fourth largest city of the Austro-Hungarian Empire (after Vienna, Budapest, and Prague).

I think we were the only tourists here… This is the real and pumping heart of Trieste and it is apparently one of the best squares you can see in Italy. Trieste is also the largest square on the shores of a sea in Europe. It has six very beautiful white palaces. 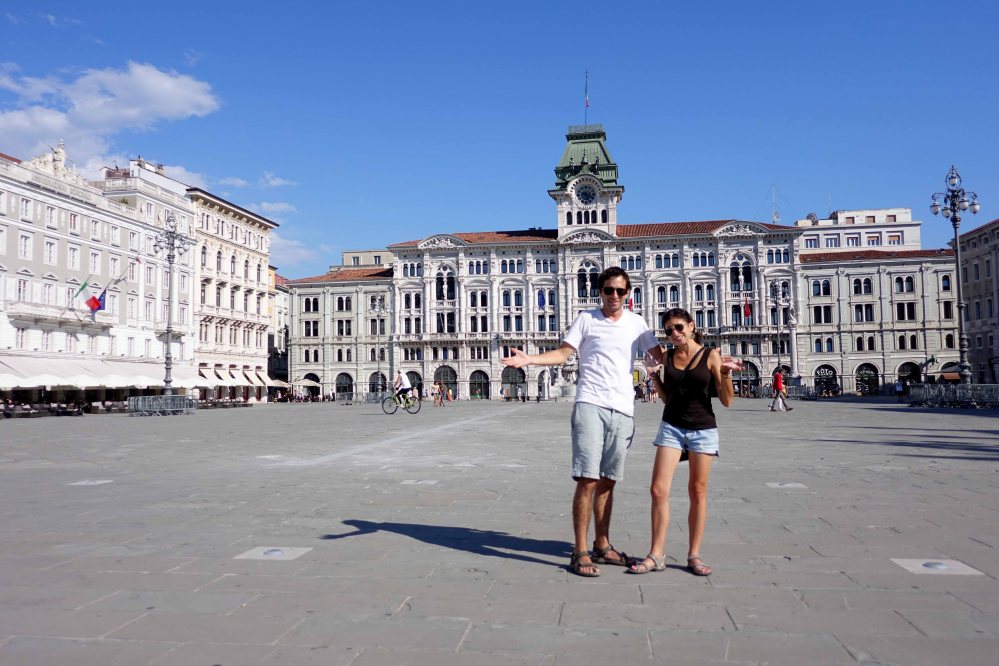 The square was built during the period when Trieste was the most important seaport of the Austrian-Hungarian Empire and includes the city’s municipal buildings and other important palaces. 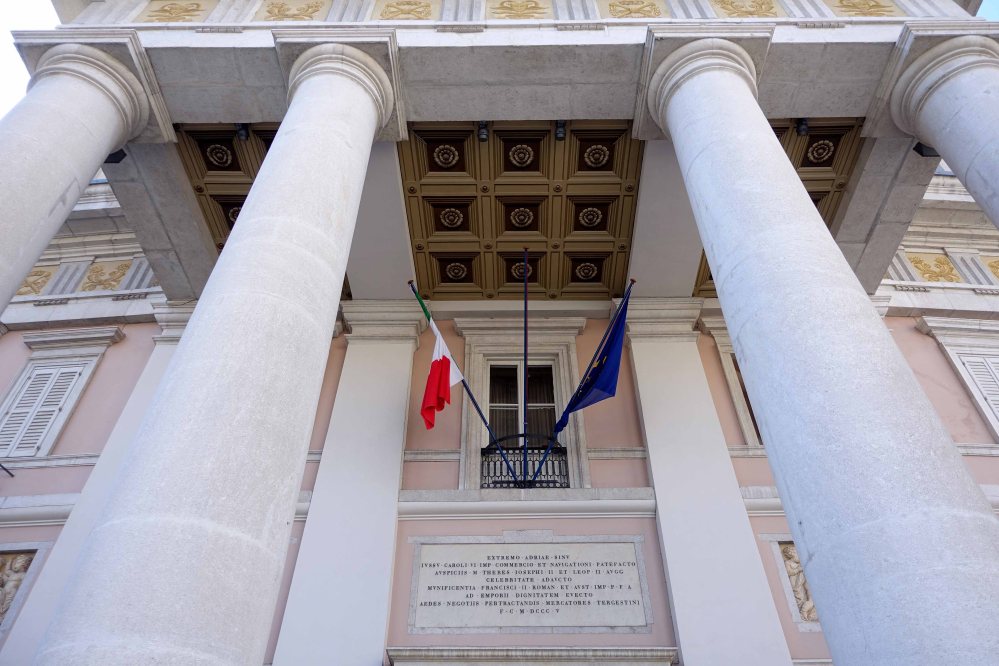 We stopped at the supermarket and found some wine in a juice box. We had to try them so we bought a couple. 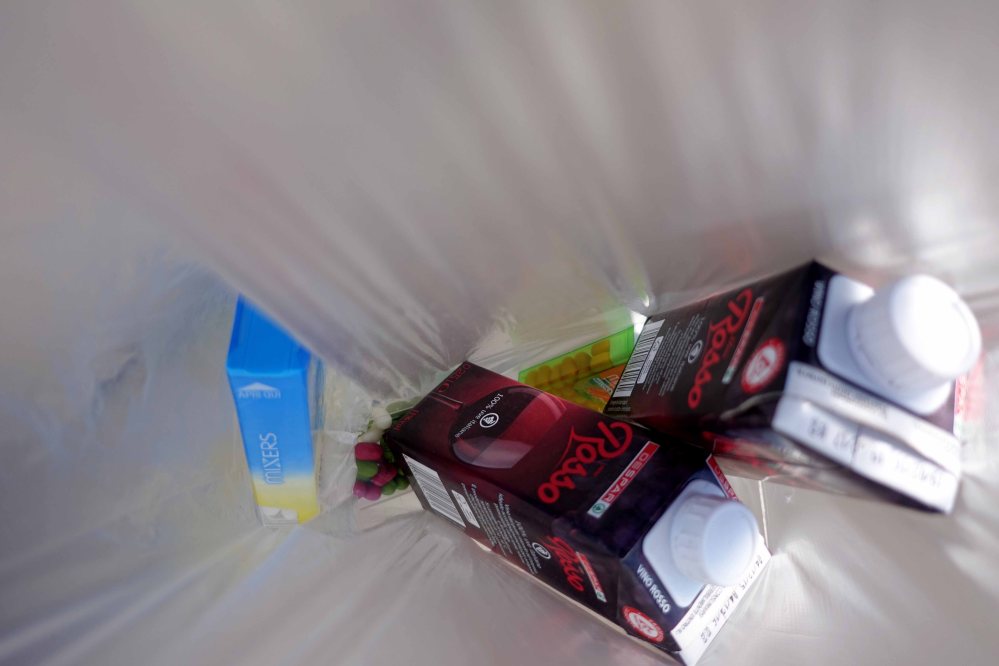 The Molo Audace (Pier Audace) is a 246 meters long and it is worth a walk until the end of it, where you can breathe the Adriatic breeze and have a fantastic view of Trieste. We sat there to drink our cheap wine… legally… because Europe is smart and it is allowed to drink in public places.

Behind Piazza dell’Unità you can find the Roman theater, built during the 1st or 2nd Century a.d. by the Emperor Traiano. Its position was probably at the beginning of the Roman Tergeste, developed on the San Giusto Hill. 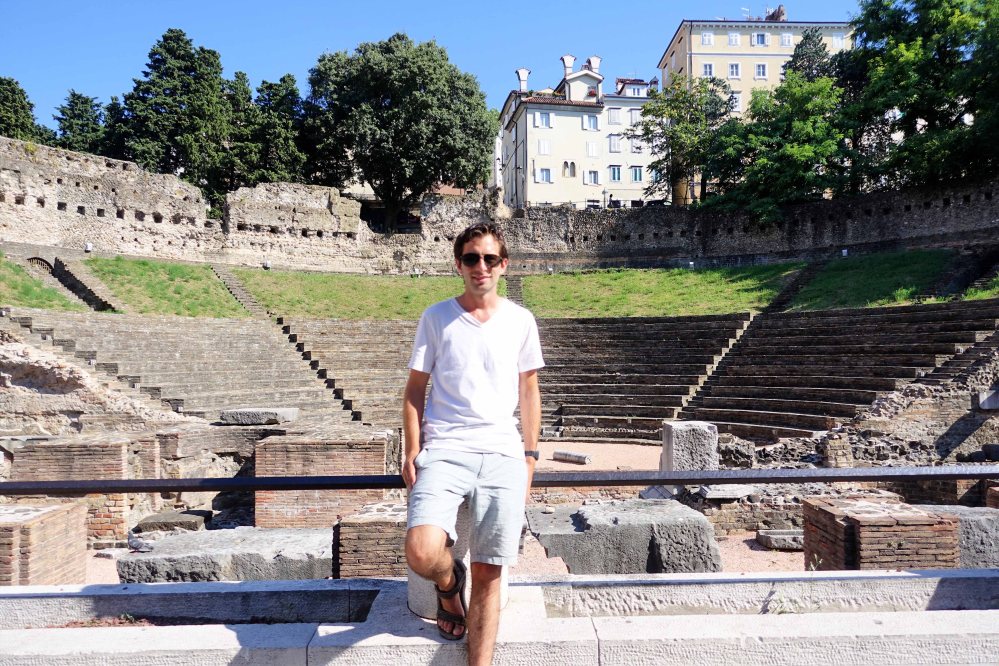 Our last sight we wanted to see here was the Arco of Riccardo. It is a Roman gate built in the Roman walls in 33. It stands in Piazzetta Barbacan, in the narrow streets of the old town. It’s called Arco di Riccardo (“Richard’s Arch”), where Riccardo is a corruption of “Cardus”, the Roman street which crossed it. Folk etymology created a local legend, which says that it was crossed by King Richard I of England on the way back from the Crusades. 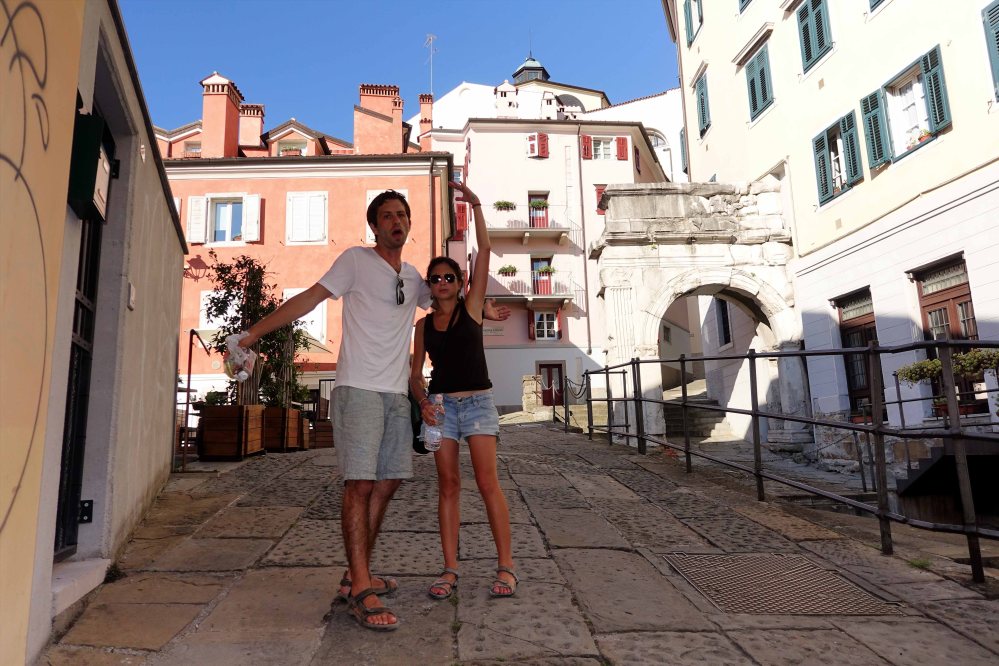 An interesting thing we noticed in Trieste is that every restaurant includes tapas for free at the beginning of your meal. Every restaurant had different ones from olives and pickles to macaroni, pizza, cold cuts, etc… It was super hard for us to decide where to eat as we couldn’t decide where they had the best tapas. 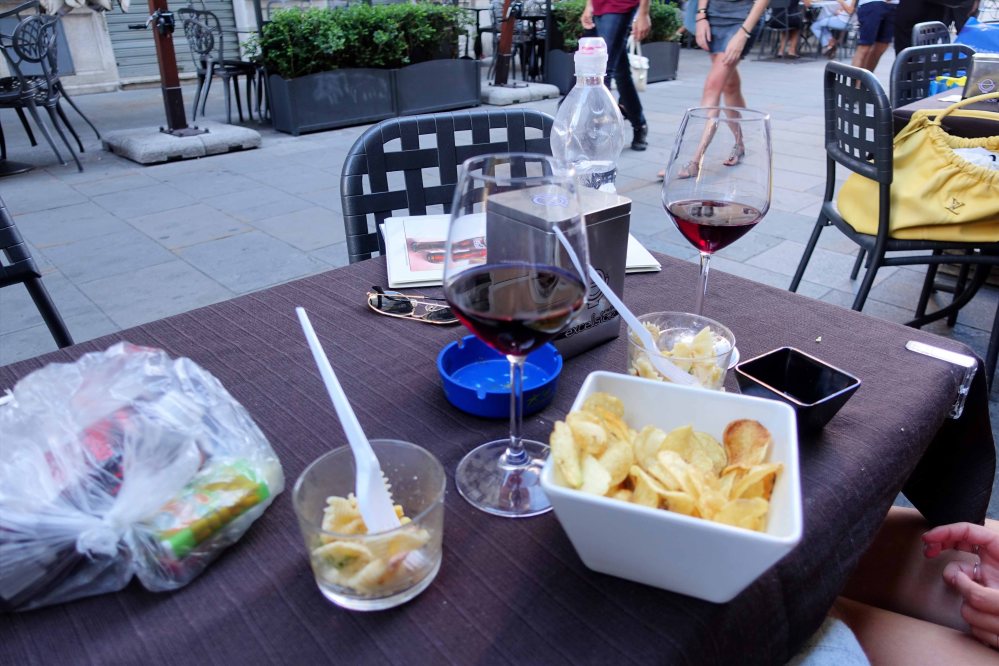 After a glass of wine we needed some real food, we sat at this pizza place with good reviews. It took them around 1 hour to take our order. Italians have mastered the craft of customer dissatisfaction, and they don’t even give a crap. At least the food was very good.

Some days, and by some I mean around 2-3 days total, we actually missed the U.S; customer service is something the rest of the world could learn from the U.S.

We couldn’t finish our first night in Italy without gelato! Of course it was delicious!! Gelato (which means frozen in Italian) is made from fruit, sugar, and milk, and traditionally hails from Northern Italy. When you remove the milk and use water instead, you end up with a sorbetto which is a southern product.

We walked back to the hostel crossing the Grand Canal. It was constructed in 1754-1756 by the Venetian Matteo Pirona. It was built so that boats could go directly to the center of the city to load and unload their goods. 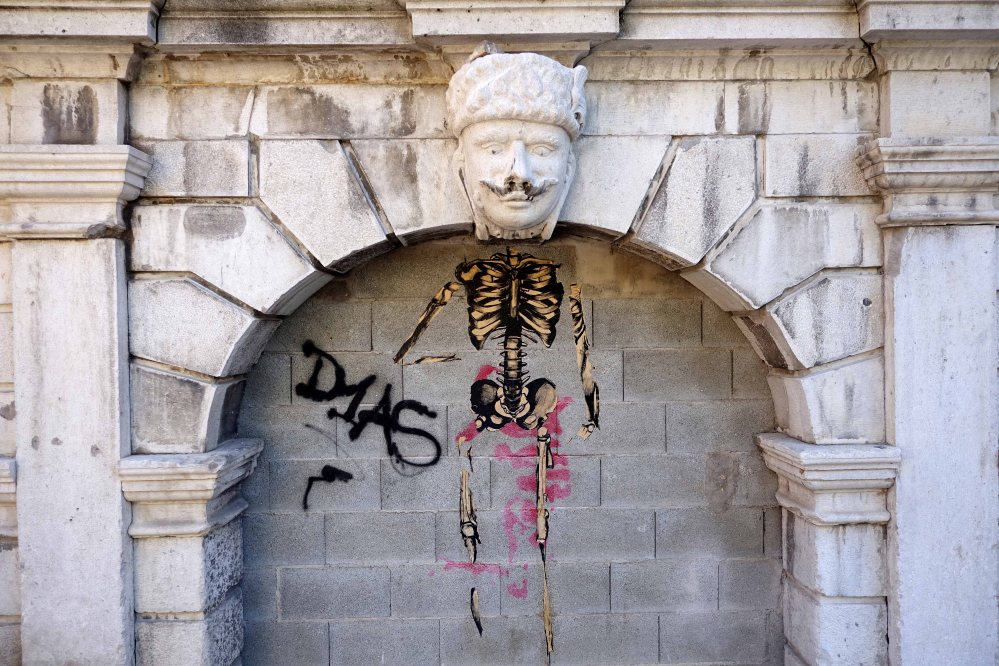