After getting dropped off at Split by the ferry, we quickly found a luggage storage to keep our bags for a few hours. Our Airbnb was not ready yet, but we started to explore the city. We ended up walking around a local market where you could find a lot of Prosuto shops!  We grabbed a bite to eat and were pleased to see that Split offered more affordable European style eating places and didn’t require a formal sit down meal as was this case in Dubrovnik.

At the entrance of the city, you get welcomed by the statue of Gregory of Nin, a medieval Croatian bishop of Nin who strongly opposed the Pope and official circles of the Church and introduced the national language in the religious services after the Great Assembly in 926. Until that time, services were held only in Latin (being under the jurisdiction of Roman influence before the Great Schism), not being understandable to a majority of the population. Not only was this important for Croatian language and culture, but it also made Christianity stronger within the Croatian kingdom.

We finally entered the city where you can immediately find the famous Diocletian Palace. Split is the second-largest city of Croatia and the largest city of the region of Dalmatia. It became a prominent settlement around 650 CE, when it succeeded the ancient capital of the Roman province of Dalmatia, Salona: as after the Sack of Salona by the Avars and Slavs, the fortified Palace of Diocletian was settled by the Roman refugees. 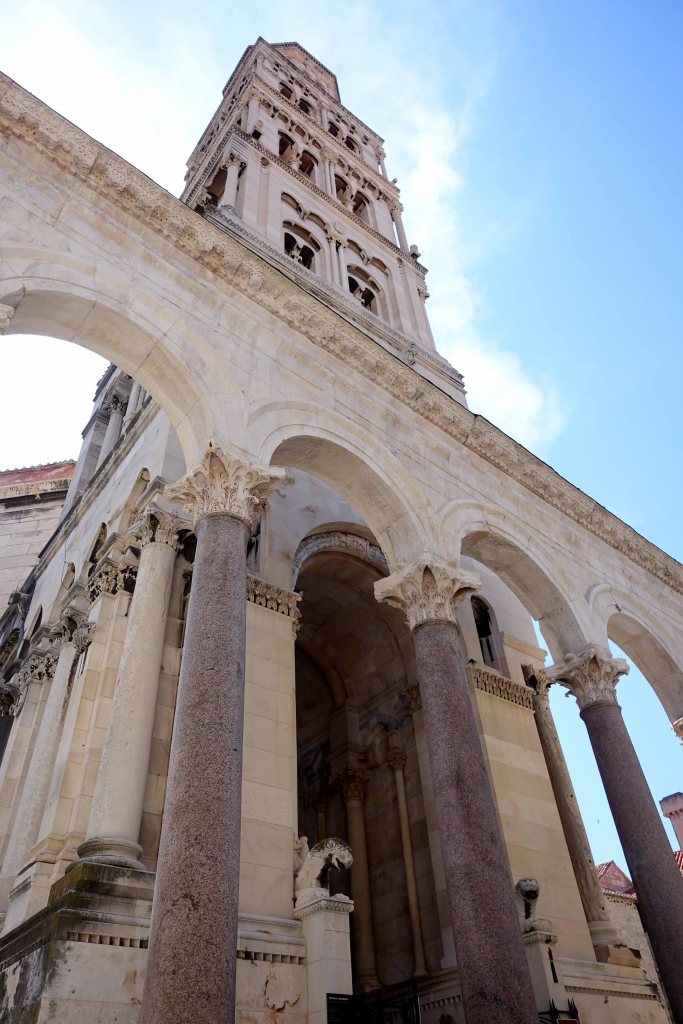 We climbed the bell tower of the Cathedral of Saint Domnius. This cathedral, consecrated at the turn of the 7th century AD, is regarded as the oldest Catholic cathedral in the world that remains in use in its original structure, without near-complete renovation at a later date.

The view from the top was nice, but being a cruise ship destination (with over 260 ship visits a year), we needed to fight the crowds to get a clear photo. You can see part of the port of Split, with its annual traffic of 4 million passengers, is the third busiest port in the Mediterranean. 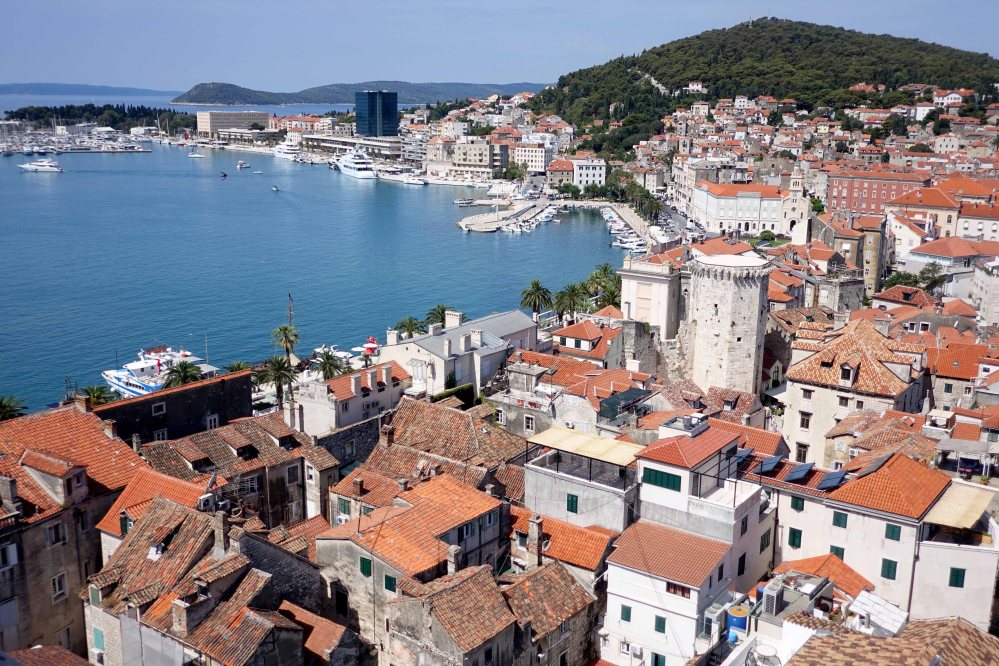 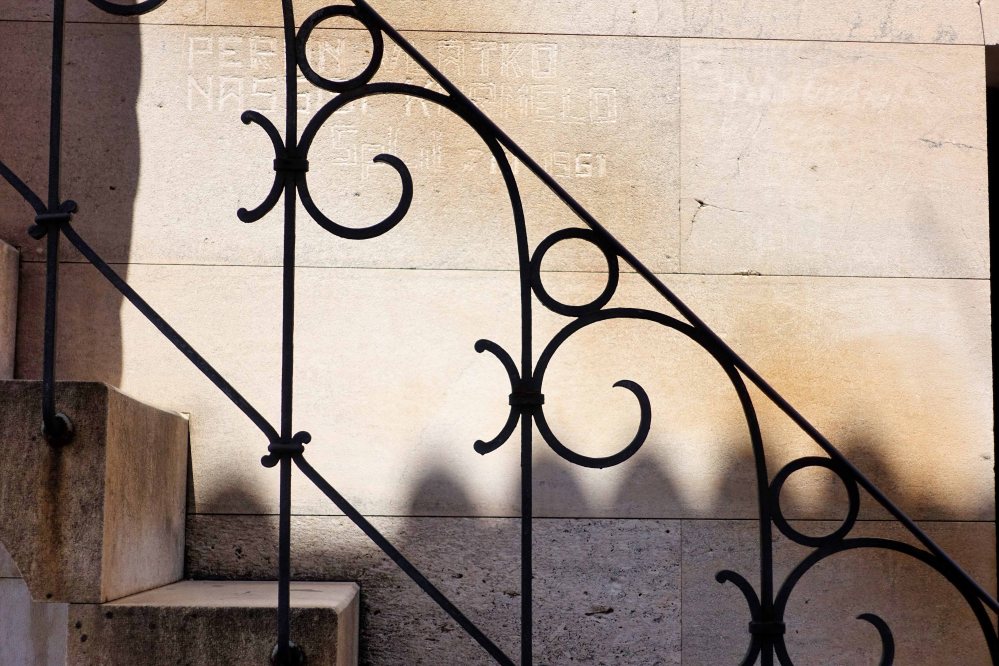 Here is Tania, Nadeem and Sarah taking a well deserved break after our first 30 minutes of sightseeing. 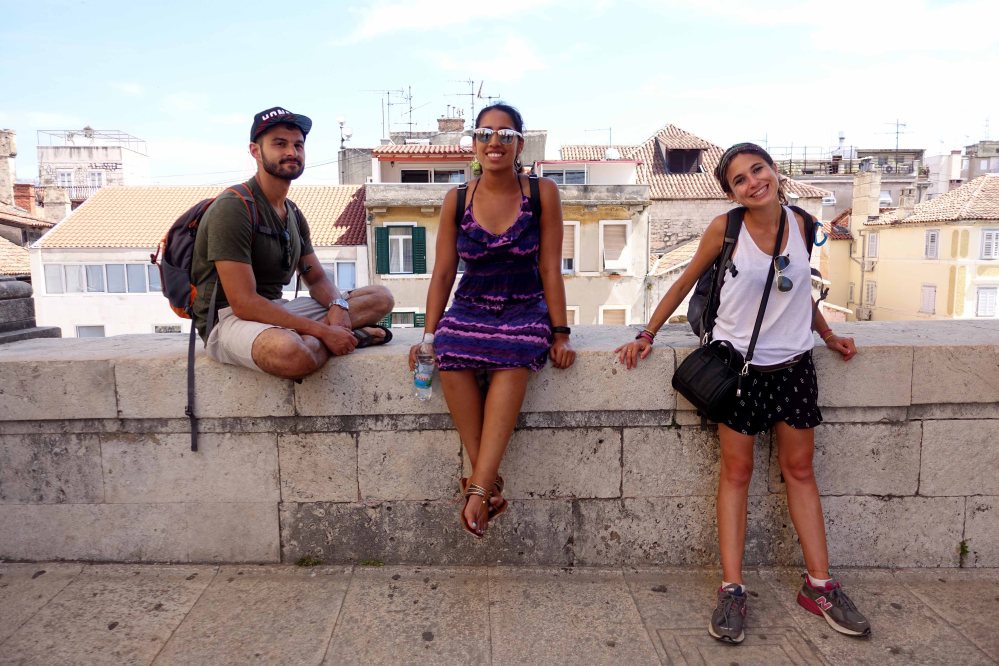 The Diocletian’s Palace is an ancient palace built by the Roman Emperor Diocletian (Go figure) at the turn of the fourth century AD, that today forms about half the old town and city center of Split. While it is referred to as a “palace” because of its intended use as the retirement residence of Diocletian, the term can be misleading as the structure is massive and more resembles a large fortress: about half of it was for Diocletian’s personal use, and the rest housed the military garrison. Look at all the cruise ship passengers at the Peristyle (main square), it’s worse than a Walmart on black Friday.

Diocletian’s Palace far transcends local importance because of its degree of preservation. The Palace is one of the most famous and complete architectural and cultural features on the Croatian Adriatic coast. As the world’s most complete remains of a Roman palace, it holds an outstanding place in Mediterranean, European and world heritage.

The Palace was decorated with numerous 3500-year-old granite sphinxes, originating from the site of Egyptian Pharaoh Thutmose III. Only three have survived the centuries.

Each site charges you a little fortune to visit, so as budget travelers we needed to choose wisely. You can walk around the main palace ruins where most people don’t even bother to go. There is where we found some peace from the crowds. 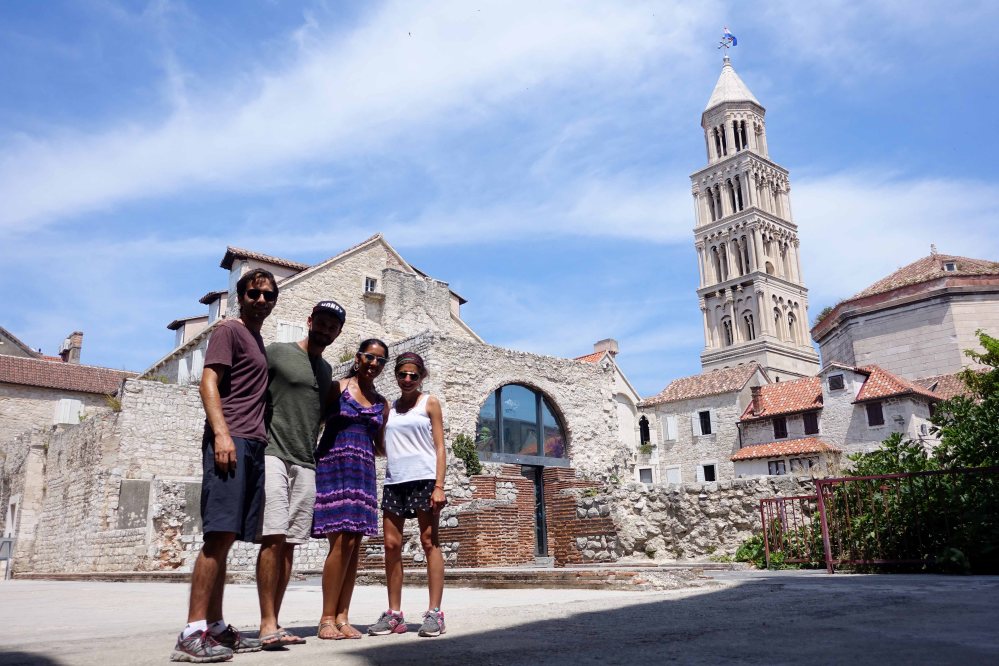 Under the Temple of the Aesculapius we were delighted by a group of old guys singing some acapella traditional music.

This temple,  which has a semi-cylindrical roof made out of hand carved stone blocks which did not leak until the 1940s. 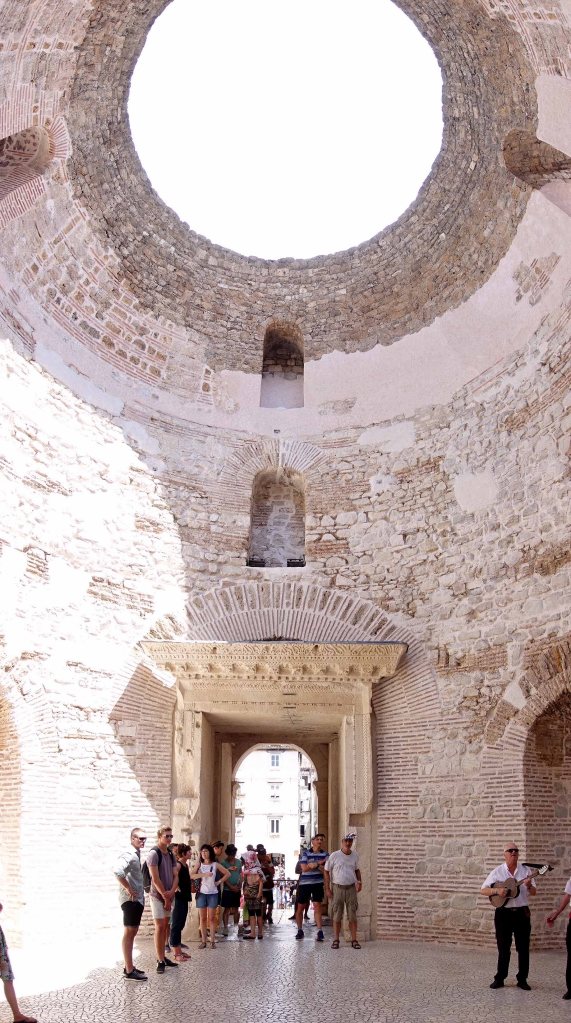 You can clearly identify Sarah’s hairy legs south of this photo.

We finally were able to check-in into our amazing Airbnb apartment (thank you Tania, for all the research). It was our turn to take the main bedroom!!

After some relaxing time and recharging our batteries, we headed to the Diocletian’s Palace’s underground complex. During the time of the emperor, the basement was largely used for storage of foodstuff and wine. Actually, the remnant of a large press, which was used to turn the grapes into wine, is still visible today.

We found the ruins of a DJ Turntable, so we played some imaginary techno to pump up the tired crowd. As you meander through the underground, you can notice the impeccable acoustics; above, this room was the foyer to the emperor’s bedrooms and Diocletian would be warned if anyone was coming at night due to the echoes left by anyone passing through. Emperor Diocletian was very paranoid about being killed and had specifically requested this feature; apparently with success as he is one of the few Roman emperors to have died of natural causes. 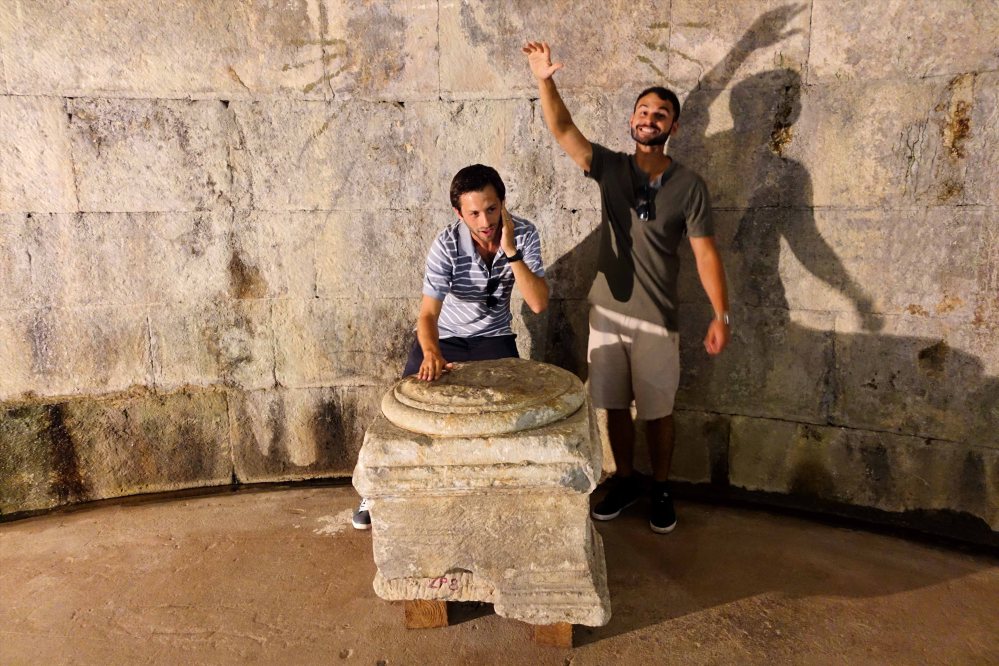 This place (like most of the sites around Croatia, as we have noticed) was used as a filming location for The Game Of Thrones. 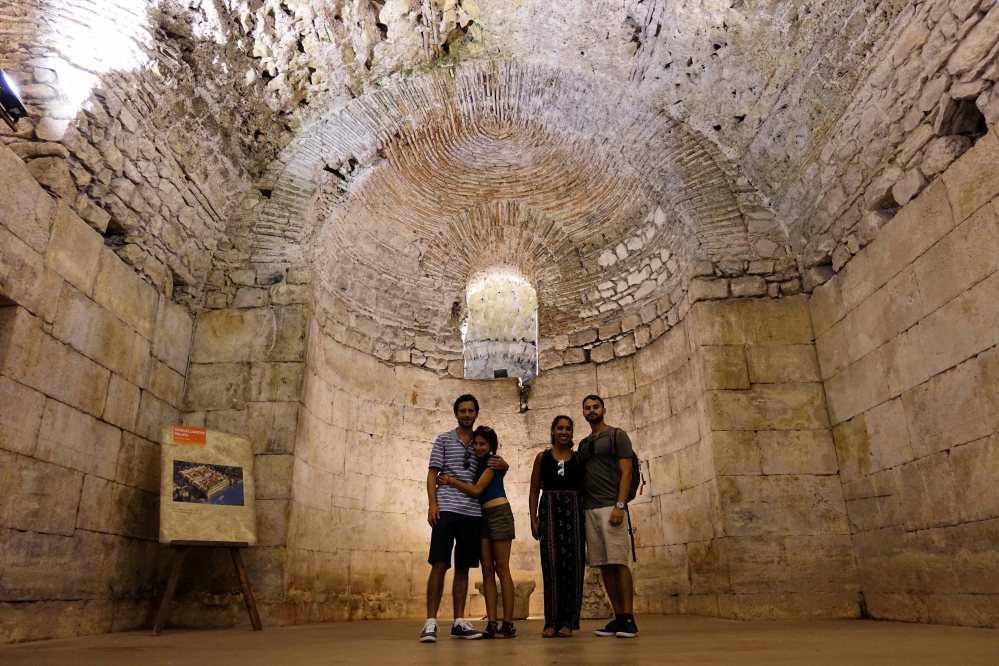 We continued our day around this beautiful city. The streets are full of outside restaurants and cafes.

Did you know that Croatia has the highest number of UNESCO Intangible Goods of any European country (in a tie with Spain)? China’s beating everyone, though, at 38. 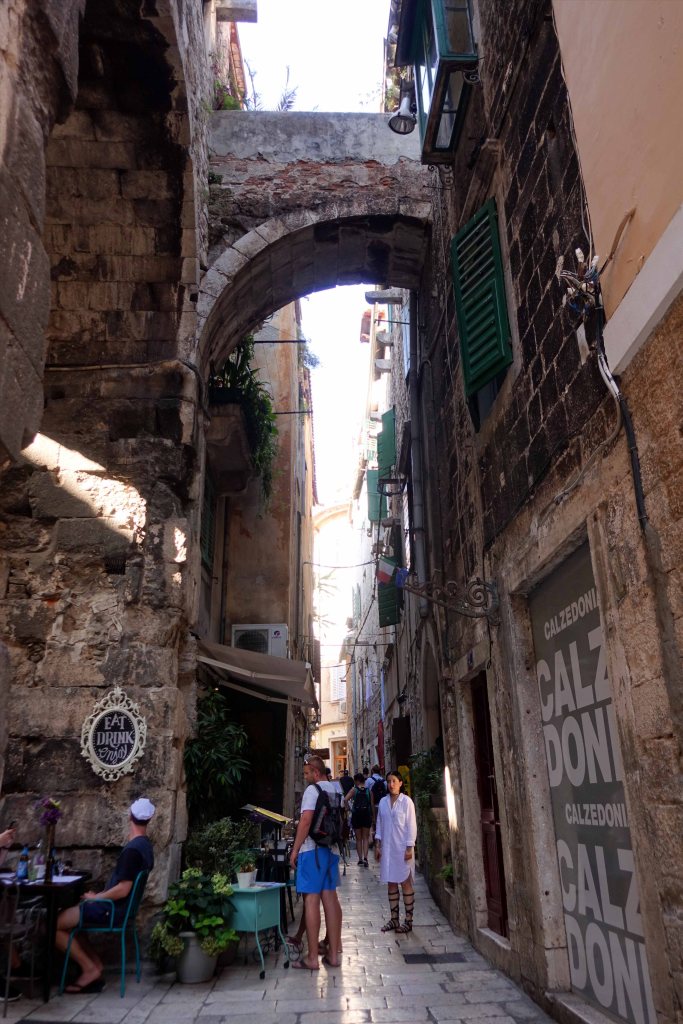 We walked a couple miles to a recommended restaurant off the beaten track. It was a local spot with a great selection of beers and sausages. 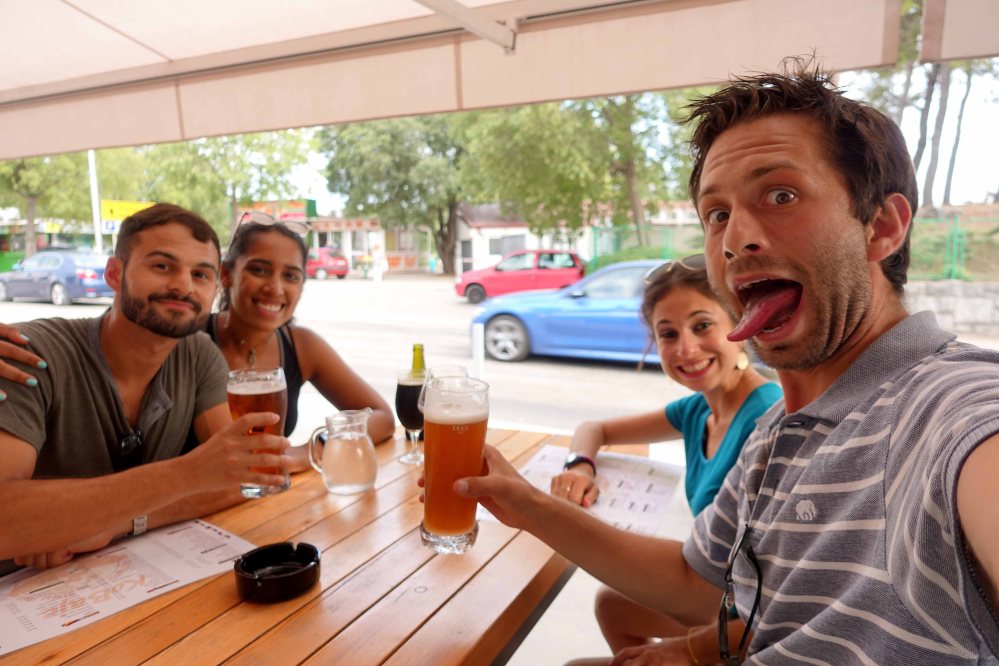 We finished the night with a hookah and some drinks.

As we walked to the hotel, we passed through this amazing open club with great music. It was a group consensus that we are too tired to go dancing, something that Eitan will never forgive them for. FOMO took over but he had no-one to join him. Sad night.

The next morning I met with my Argentinian friend Denise! We haven’t seen each other since 2009 in New Zealand, but the friendship endured and we were lucky that we crossed paths once again! Hopefully next time we don’t have to wait 7 years! 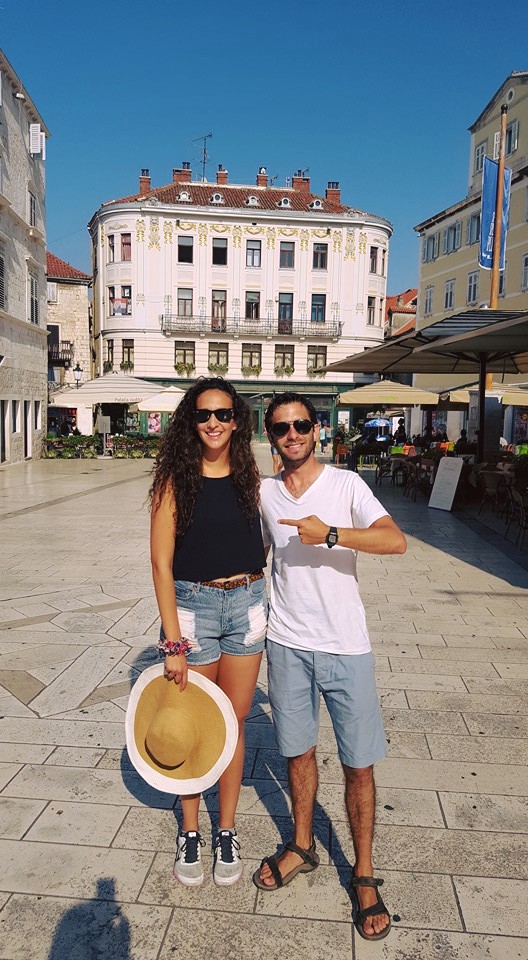 Bonus Pic of The Day: The Croatian currency is the kuna, which is the Croatian word for the marten, a ferret-like little bastard prized for its luxurious fur.Trappers traded the furs widely enough that, much like the U.S. Dollar being nicknamed the buck, the furs became practically synonymous with money itself. The kuna has only been the currency of Croatia since 1994, succeeding the Yugoslav Dinar after the breakup of Yugoslavia, and since Croatia joined the Euro, they will be replacing the currency with Euros, which we learned is not easy nor fast to do. 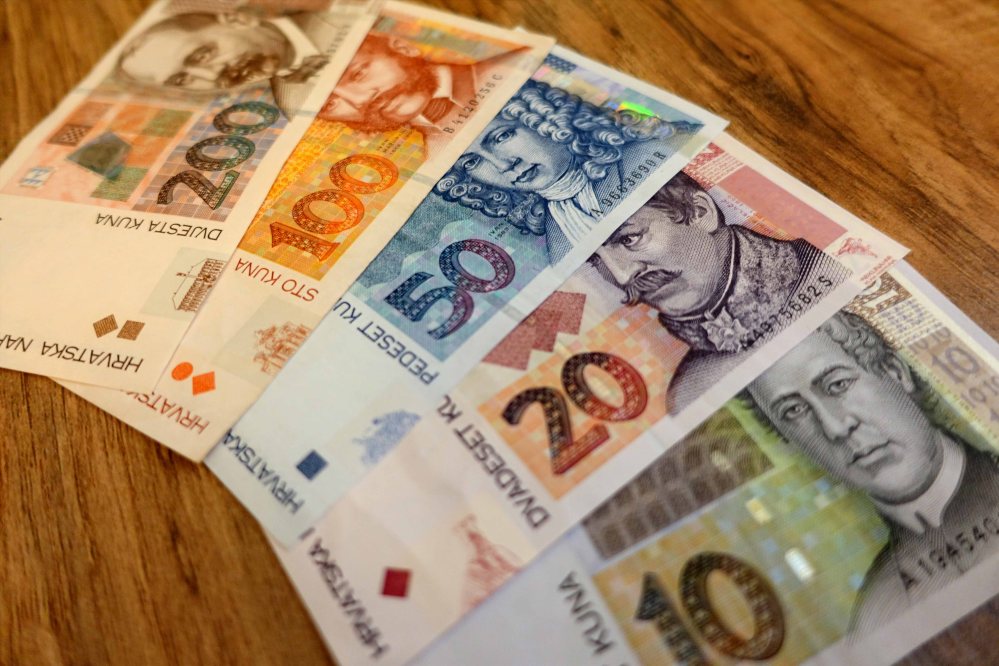