Today we opted to sleep in a bit longer and missed the sunrise but were still up by 6am to go see temples before it got too hot. We rode our e-bike again and Eitan was wearing his Longyi that he bought in Mandalay. We decided to use Thanaka instead of sunscreen to feel more like locals.

Driving on the e-bike was a fun adventure because we truly could explore wherever we wanted (fyi an E-bike in sand gets very tricky but Eitan succeeded in us never falling off!). 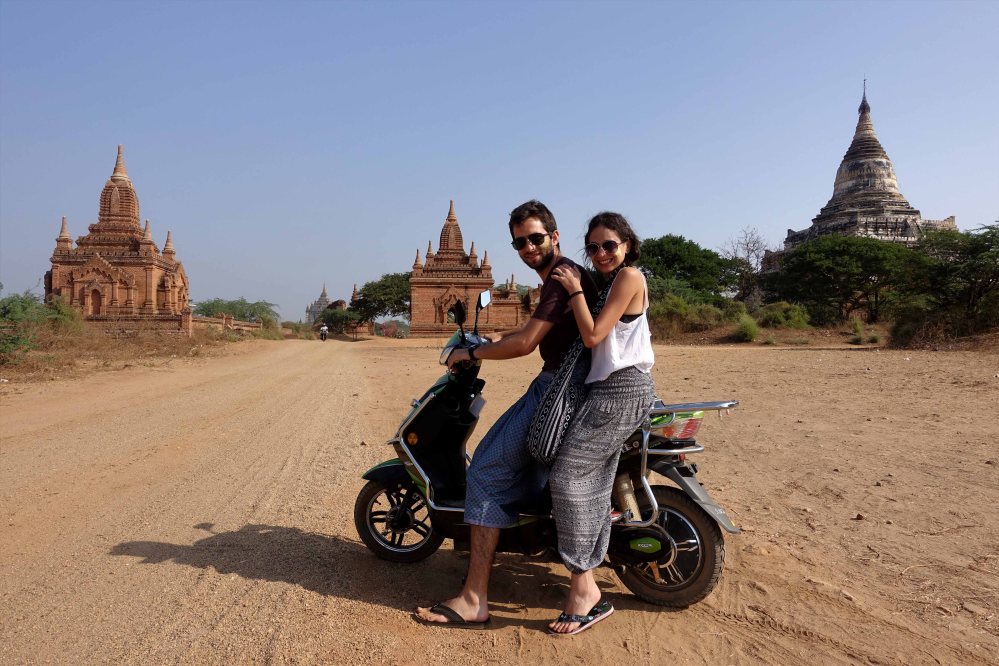 We went to see 2 of the most important temples today. One in particular we found through the guidebook where it still has amazing preserved murals. The murals are very old and the impressive part is that they are still not protected, everybody can touch them (we didn’t) but they will probably be covered by a glass screen in a few years when the mass tourism start to arrive.  Sarah fell in love with this cute little Burmese girl who gave us a tour of the murals where she only spoke Burmese and shined a flashlight at different murals.  She was a very efficient tour guide and took us around the whole temple in about 5 minutes.  We couldn’t resist her cuteness and gave her a tip. 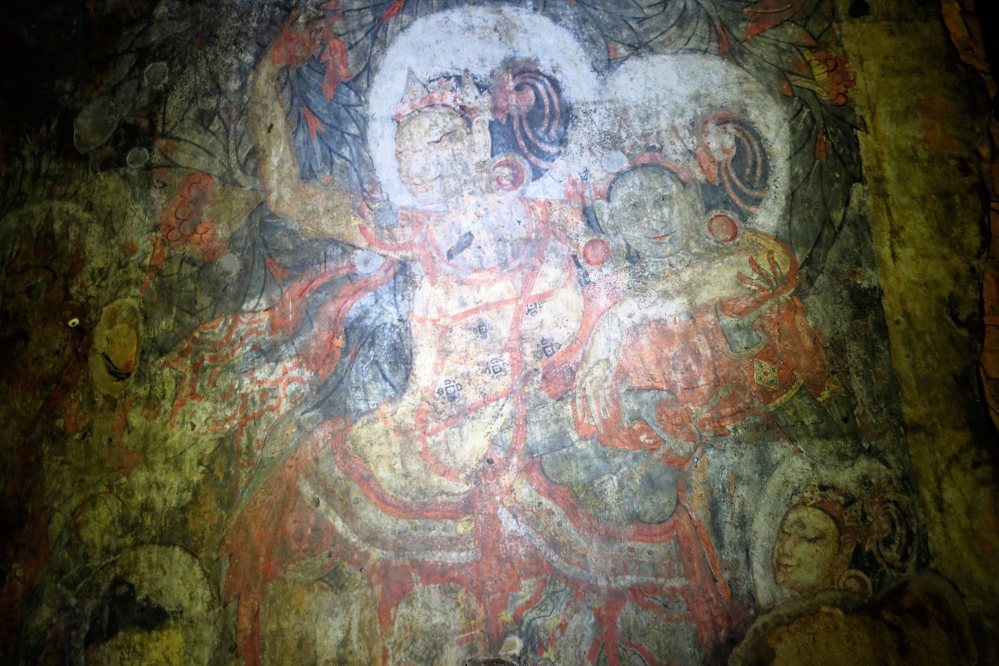 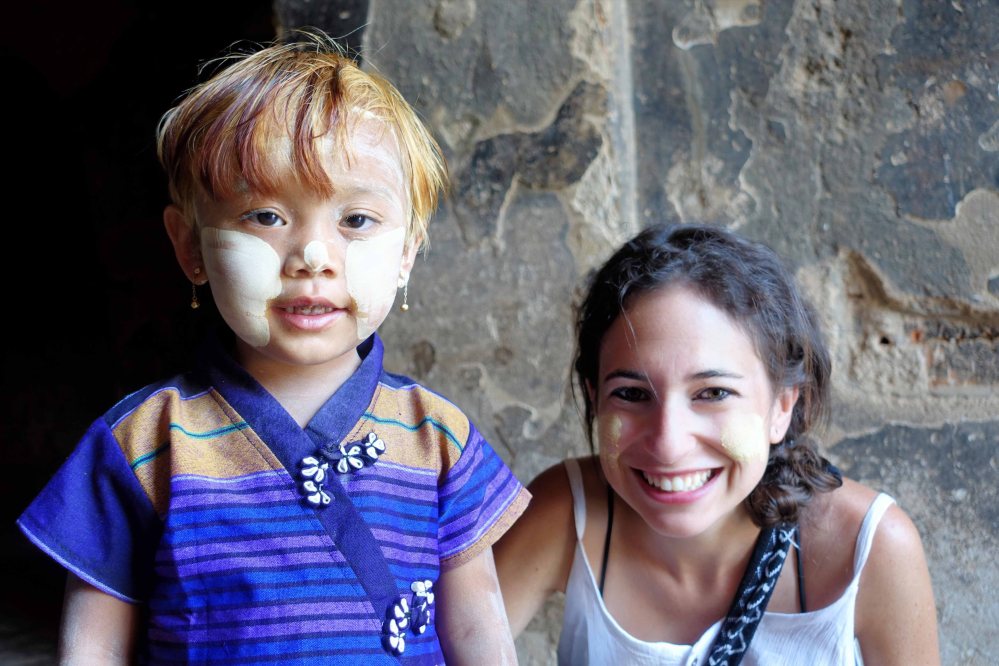 The next temple was a beauty, we were able to climb to the top without anyone else there. The sun rays were hitting the temple like a dream. 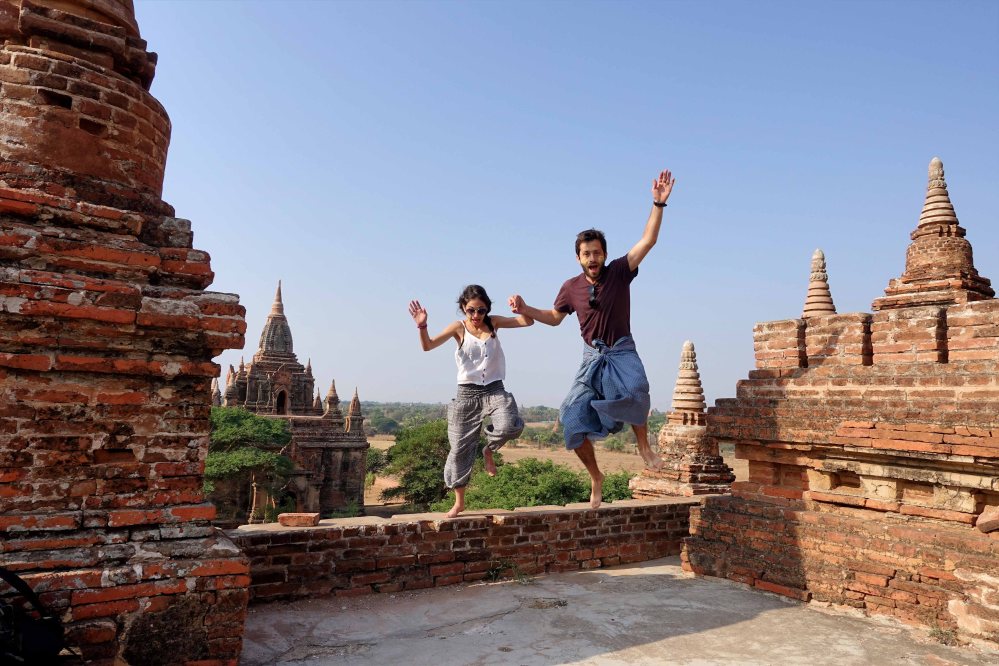 We visited other smaller temples as well, we were templed out at that moments and all started to blend in so Im not even bothering with writing the names of each one here. The basic difference between the temples is the year where they were built, where you can see a subtle architectural style change. 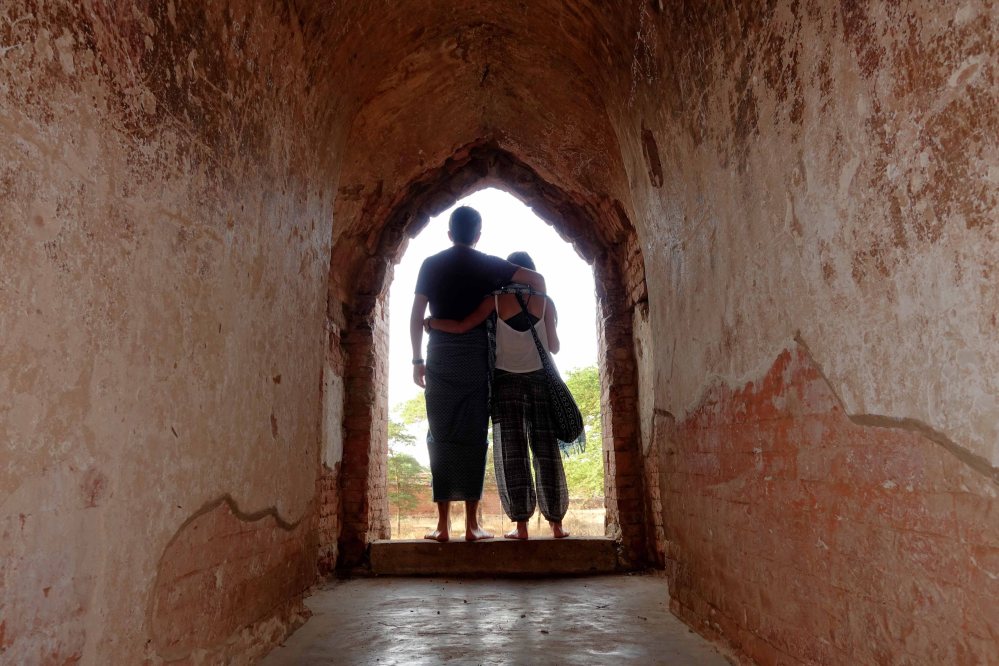 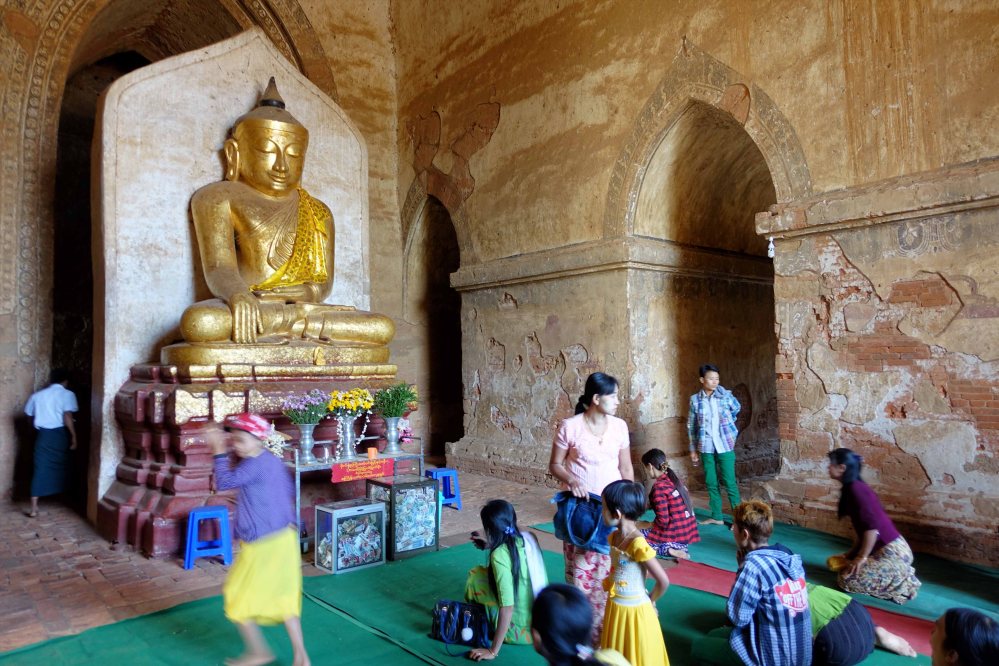 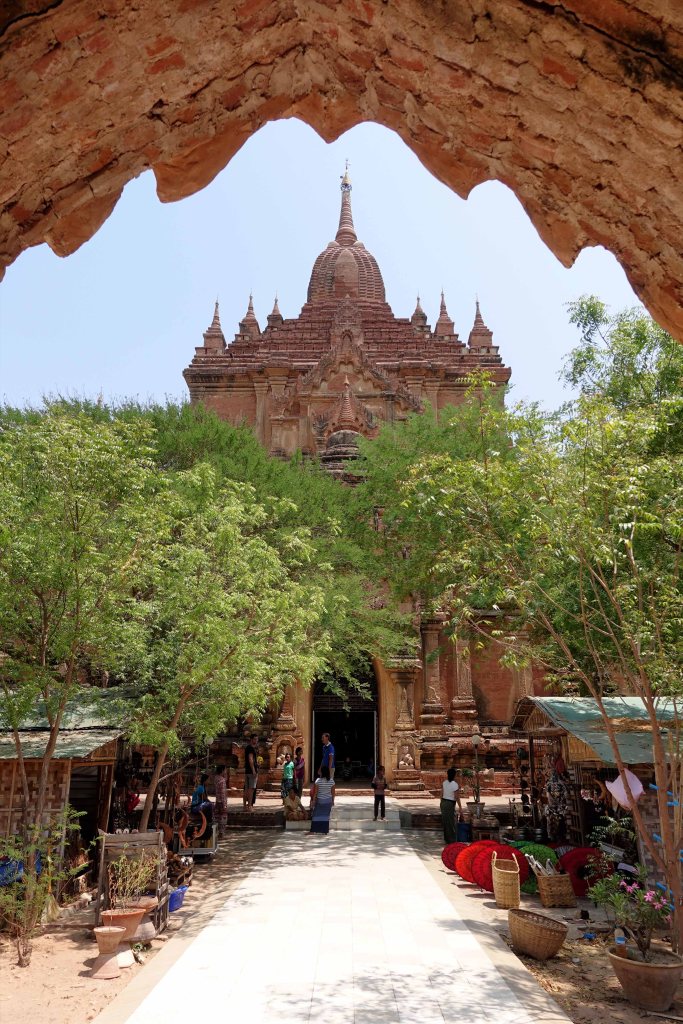 Everywhere in Myanamar you can see this cows doing the hard work, from agriculture to transportation. I still don’t know if they are really cows, but the locals called them cows. Our western cows look very very different so from now on we will call them “camel cows”. 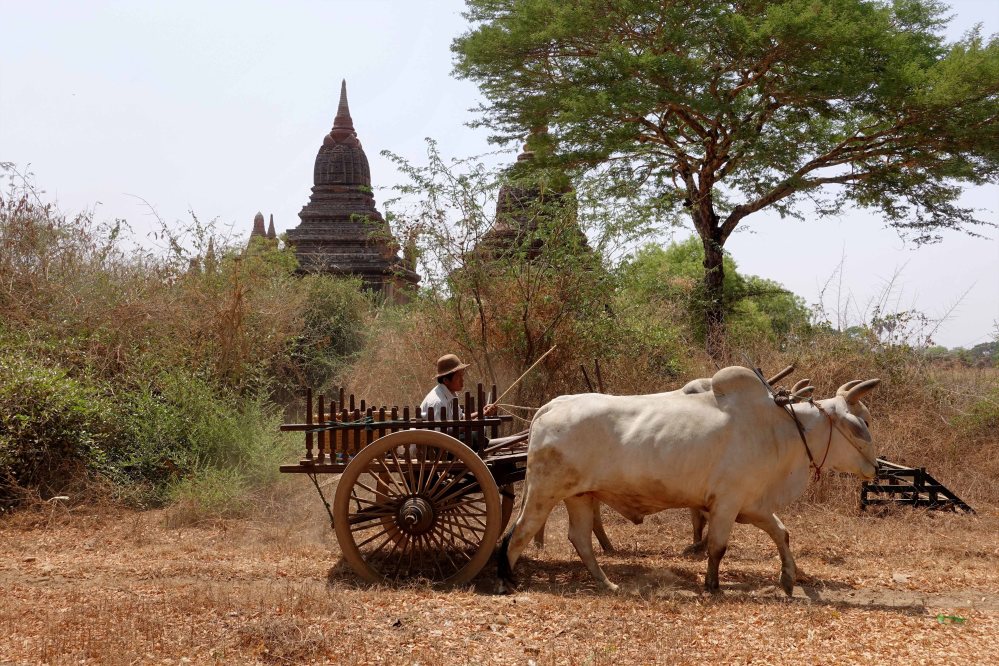 We also went to the Golden Palace which was the only site we had to pay for entry, it was pretty but not a necessary stop if you come to Bagan. It is a reconstruction of the King’s palace, the original burned down. 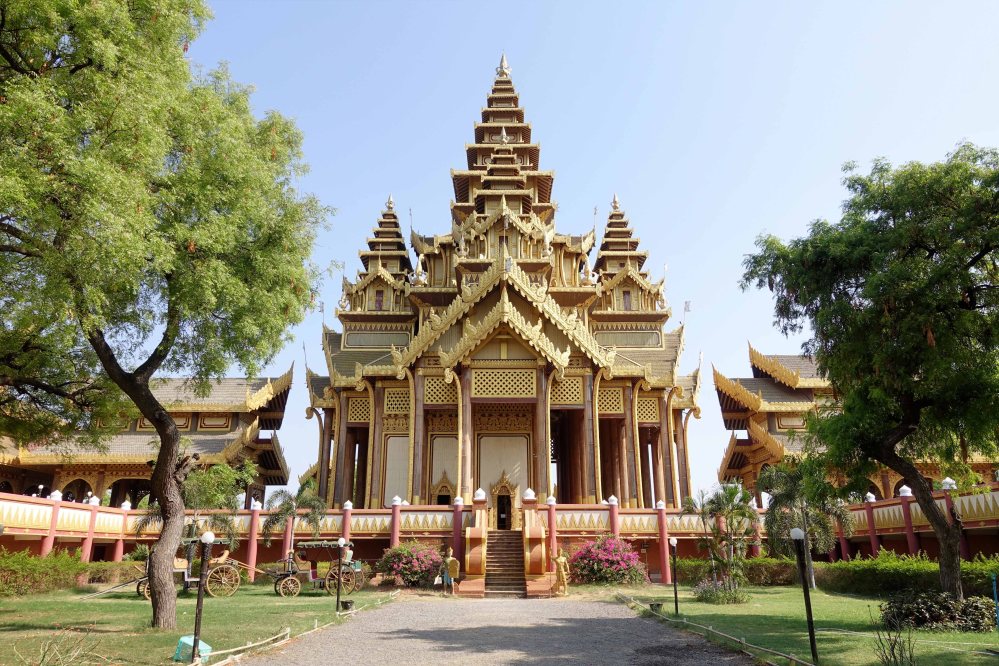 There were a bunch of monk kids with a serious case of ADHD, they were running around the palace, great picture opportunities though. 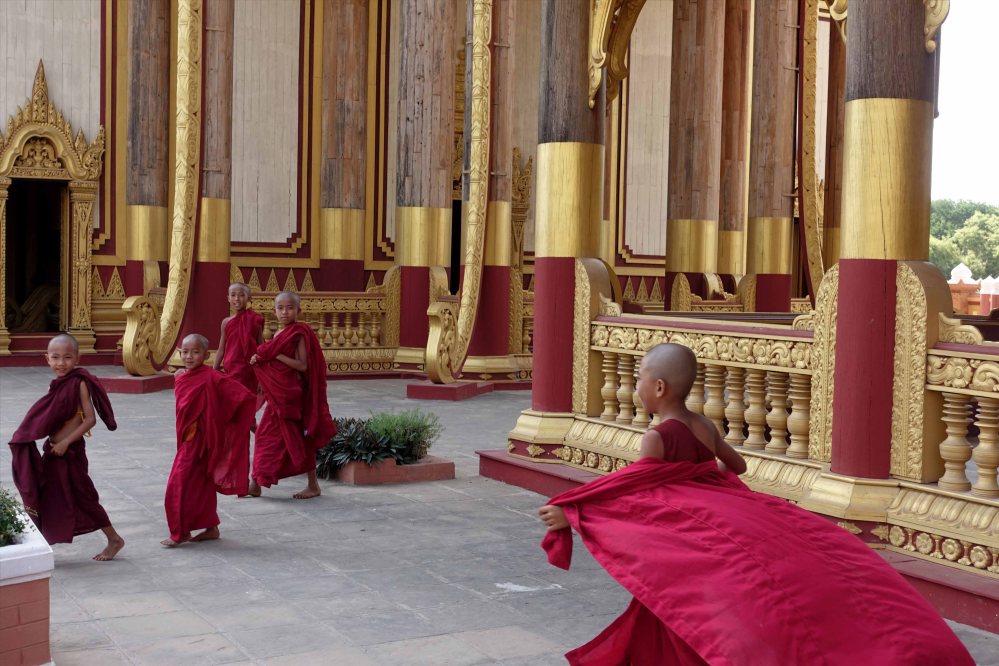 The last temple we went to had many shops, Sarah bought another pair of comfy hippy pants and elephant earrings.  Where we bought the earrings we were their first customer to buy something of the day and they literally had a little celebration when we bought the earrings, they shook our hands and wished us luck.  We were happy to help these nice people and the earrings are super cute (later in the day Eitan’s engineering expertise rescued one elephant when Sarah dropped it down the sink, thank you Eitan!).

Sarah has always wanted to see the long neck women since she learned about them in school so she was excited to see two of them in this shop area making handmade scarves. The long necks are native to this area of South East Asia and a very rare to find in big cities so we were lucky. 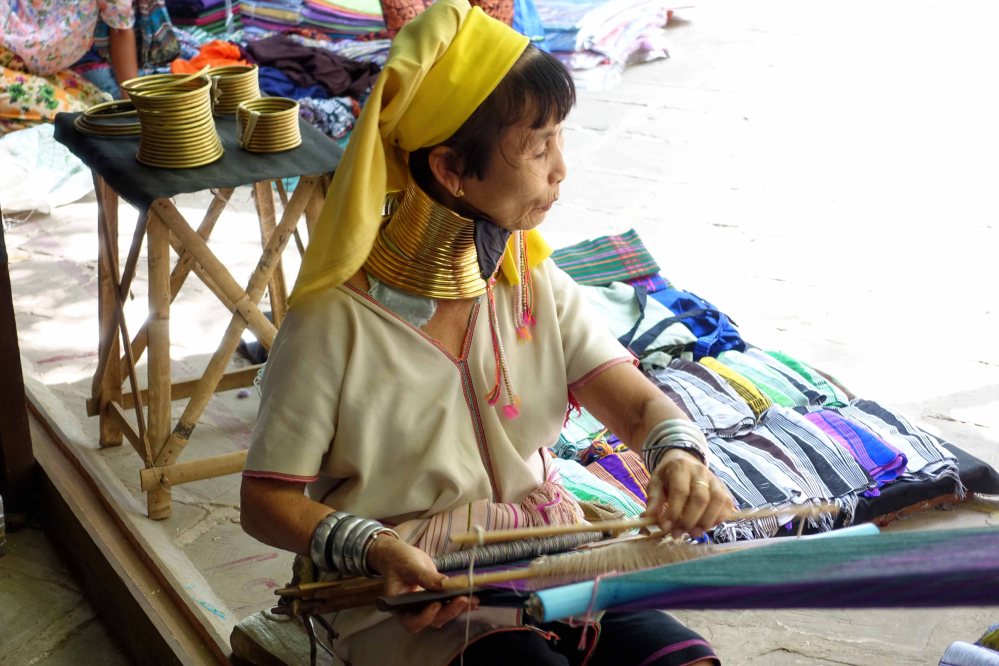 On our way back to our hostel we stopped at the big outdoor market and saw many things we did not want to buy and then went back to our hostel for a wonderful nap. They were selling a few types of sugar, interesting to see as we only know processed sugar in the US. 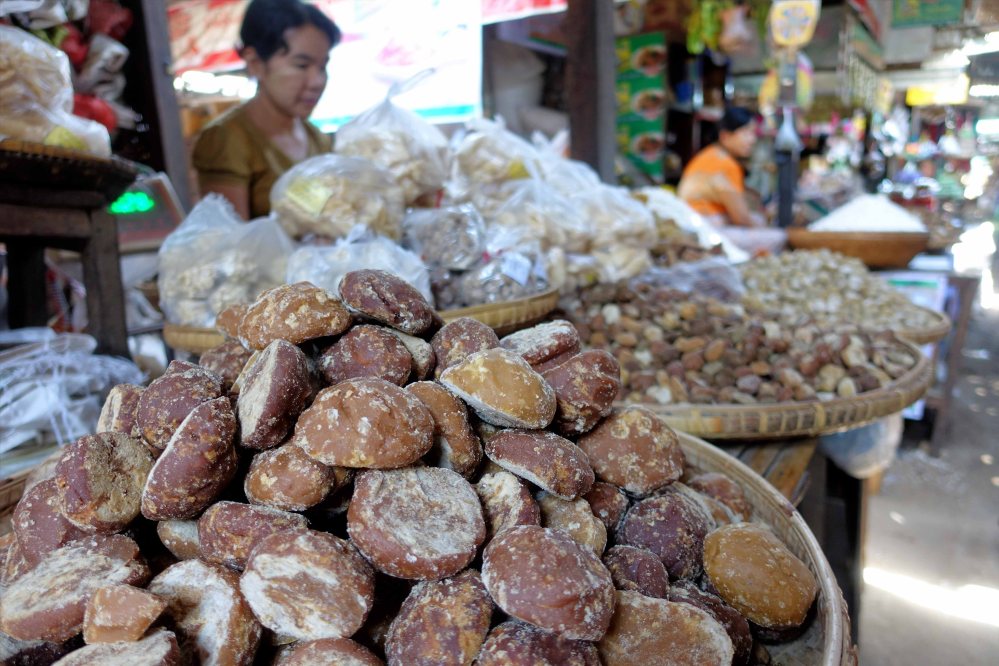 We then went to one last temple for sunset.  We had already been to this temple for sunrise.  It was extremely touristy but we got there early and had VIP sunset view seats.  Initially the sunset wasn’t too impressive but at the end the sun made a wonderful and beautiful appearance. 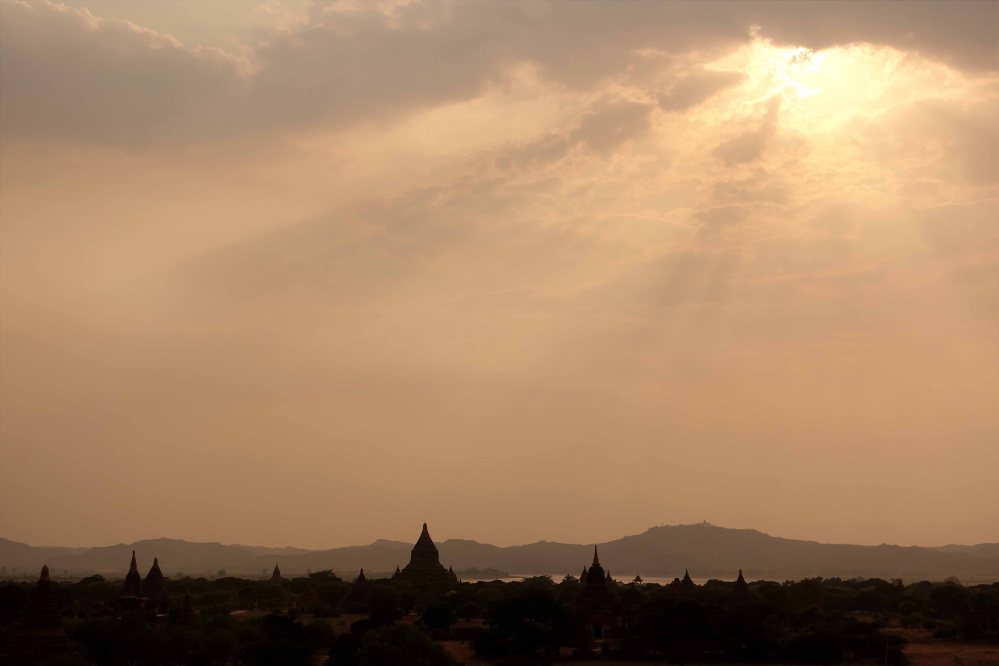 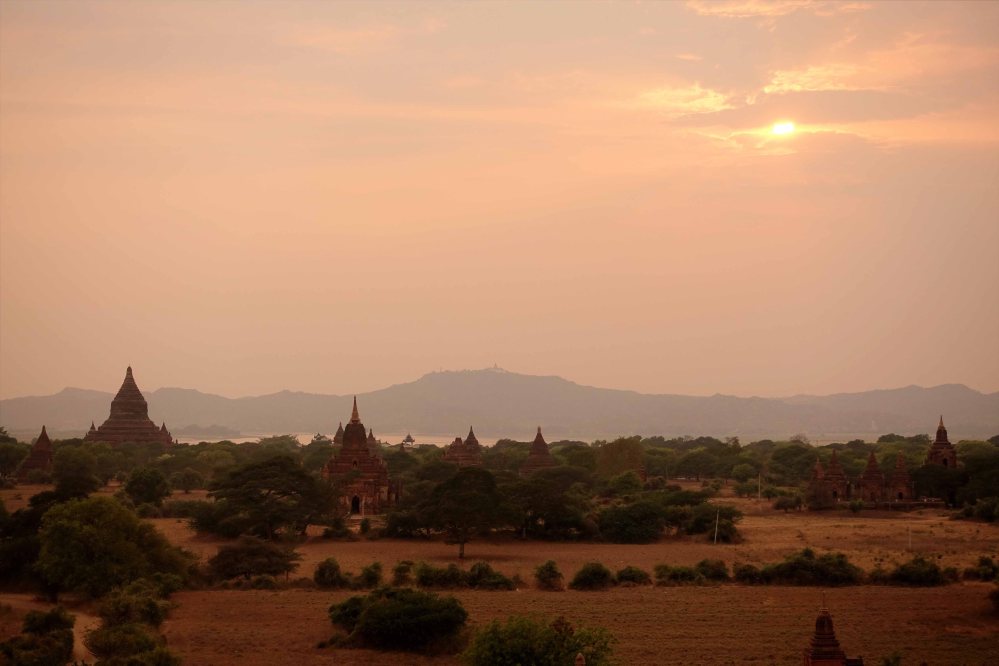 We went to dinner at the most tourist filled restaurant in town (we are playing it safe!).  We tried two more types of local beer, Mandalay Beer and Dagan.  Mandalay beer wins as the best of the three beers here.  We enjoyed chatting with two guys from Macao who were sitting next to us.  It was funny because we ordered Chinese food and they ordered burgers! Cultural differences!! 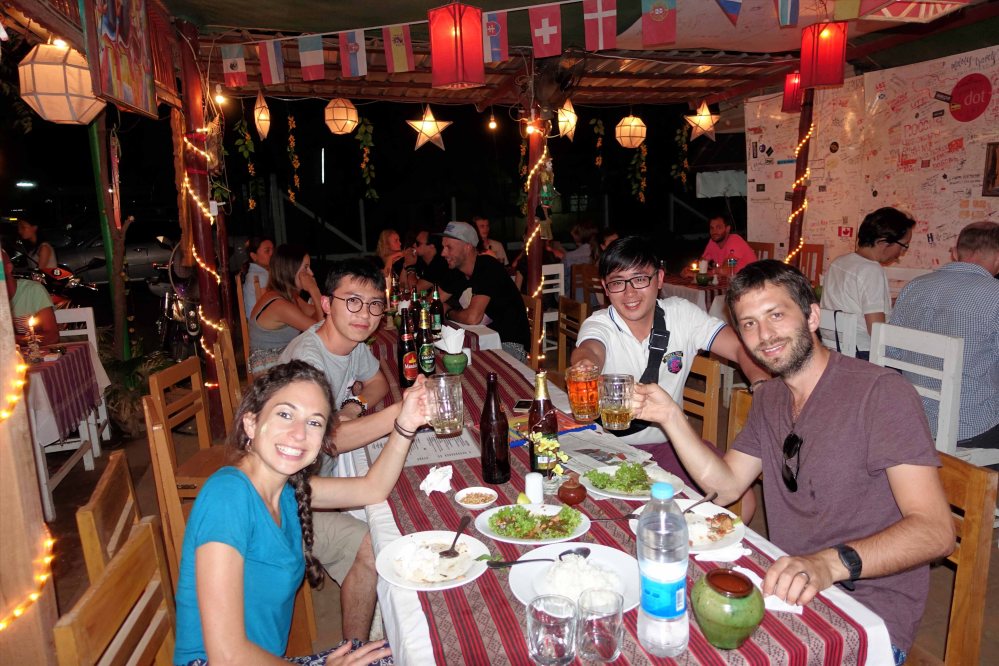 Bonus “Prom” pic of the day: This woman wanted a picture with Sarah so badly and got very romantic, reminds me of a prom picture. Sarah enjoyed every moment as you can see here… 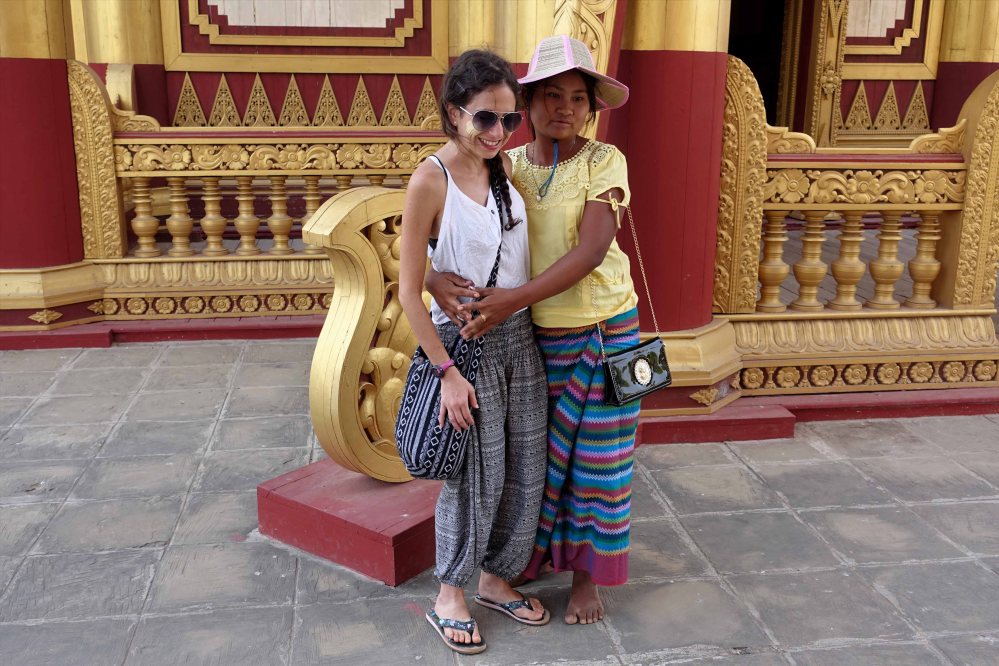