Cusco was our base during our Sacred Valley expedition. The following blog includes the rest of the time in Cusco after coming back from visiting the surrounding sights.

The festivities continued in Cusco. There were people dancing every single minute for days! Such an incredible sight to see. 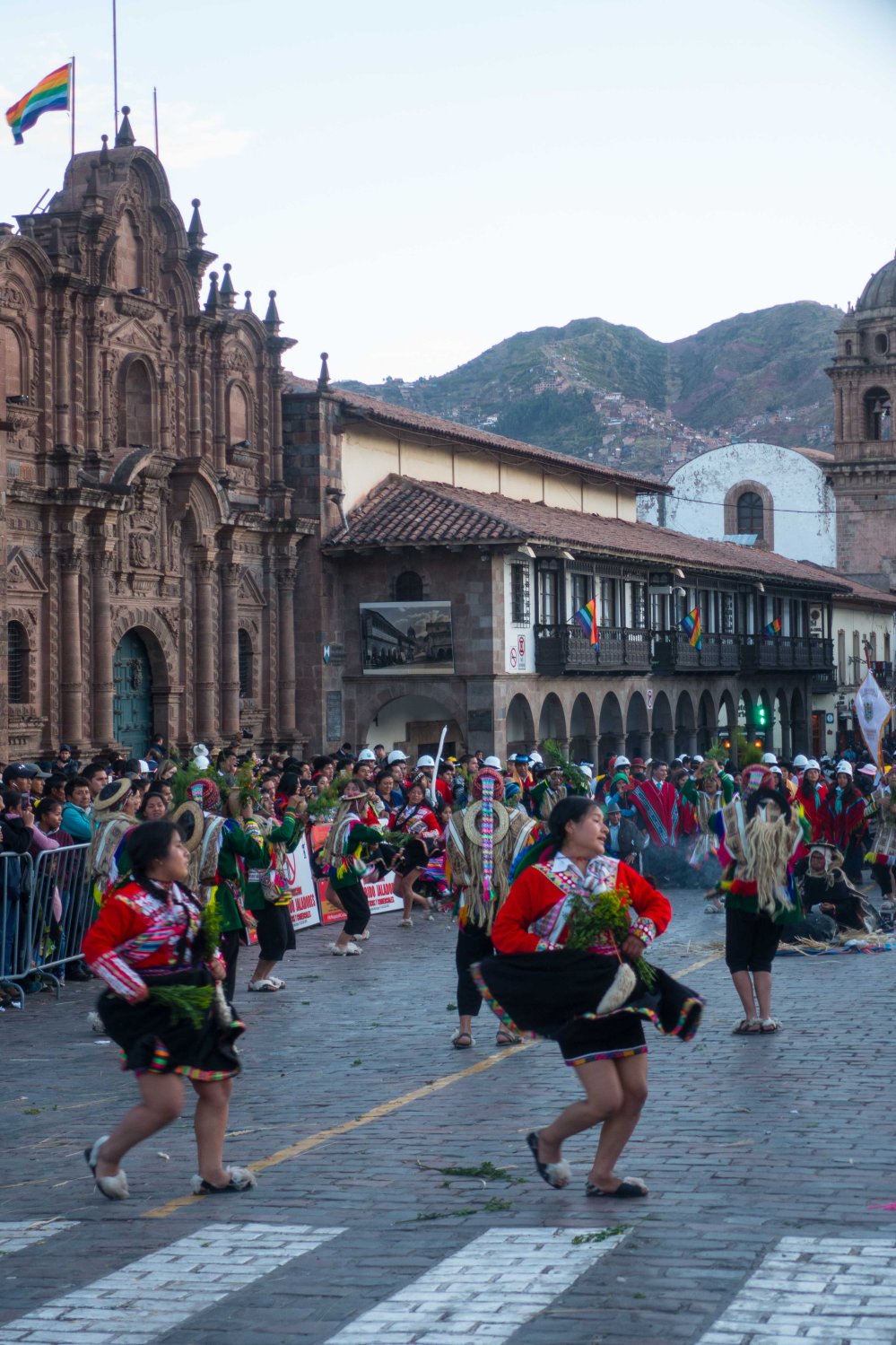 After walking around the town a little more we headed towards one of the best restaurants in the city for dinner. 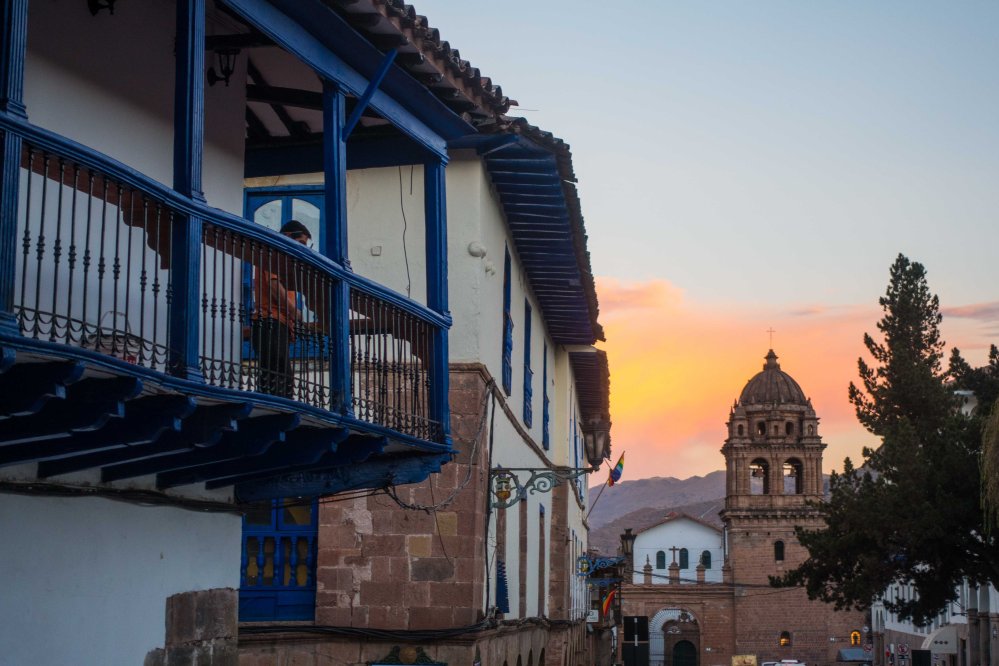 We selected chicha as it is a restaurant from the most famous Peruvian Chef Gaston Acurio. 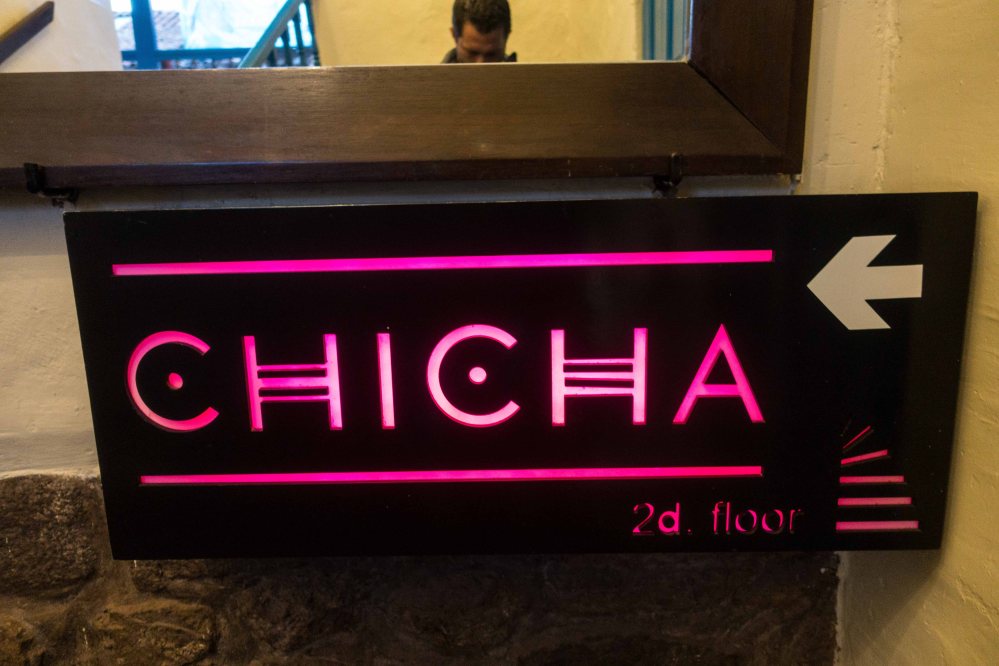 The food was good, but unfortunately nothing amazing. Maybe we just did not order correctly.  We did try several types of potatoes! 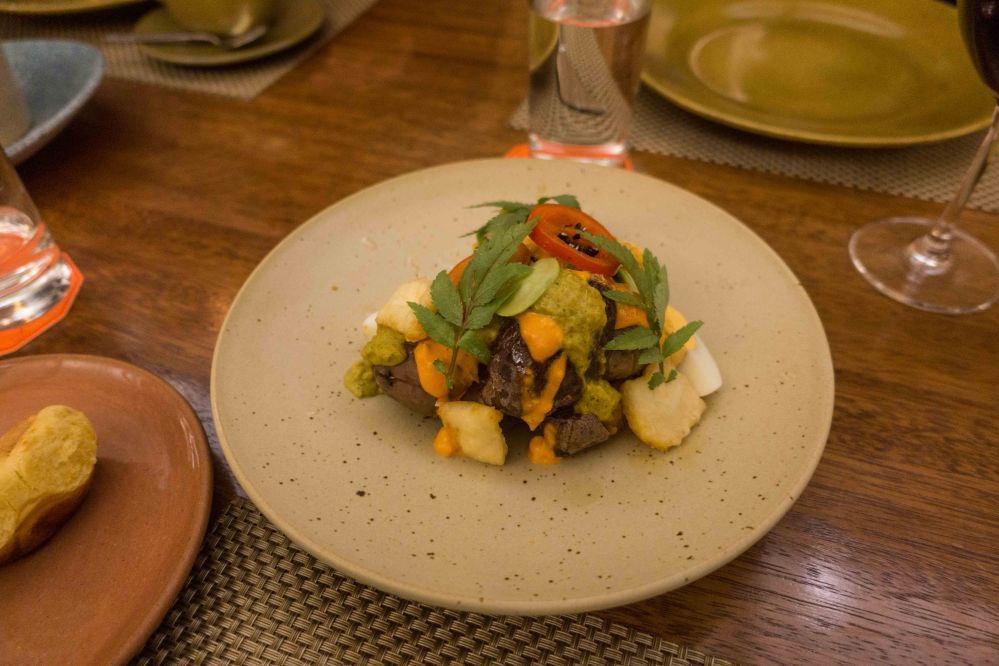 While Thomas separated and went to get a bizarre Shaman healing experience where he got spit on the face with aromatic magical water, Hanna, Sarah and Eitan went to the Pisco Museum. This place was not really a museum, it was just a bar with a great name that will attract curious tourists like us.

We were able to make our own Pisco Sour in the bar! The Peruvian pisco sour uses pisco as the base liquor and adds freshly squeezed lime juice, simple syrup, ice, egg white, and Angostura bitters. 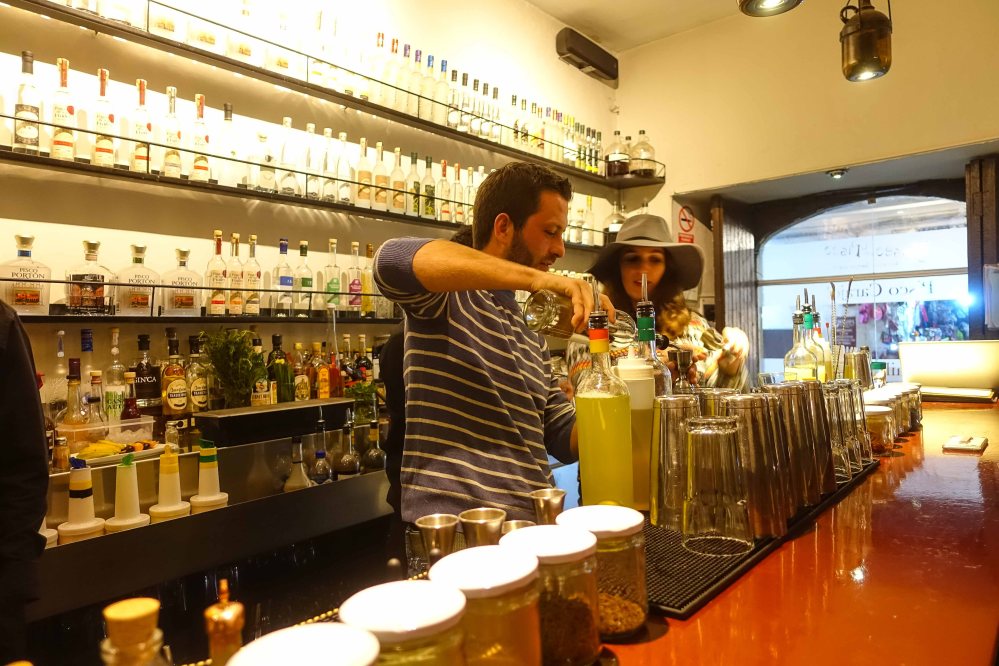 For the next 2 days, Sarah and Eitan changed hotels. The second one was amazing and we got a super nice room upgrade! 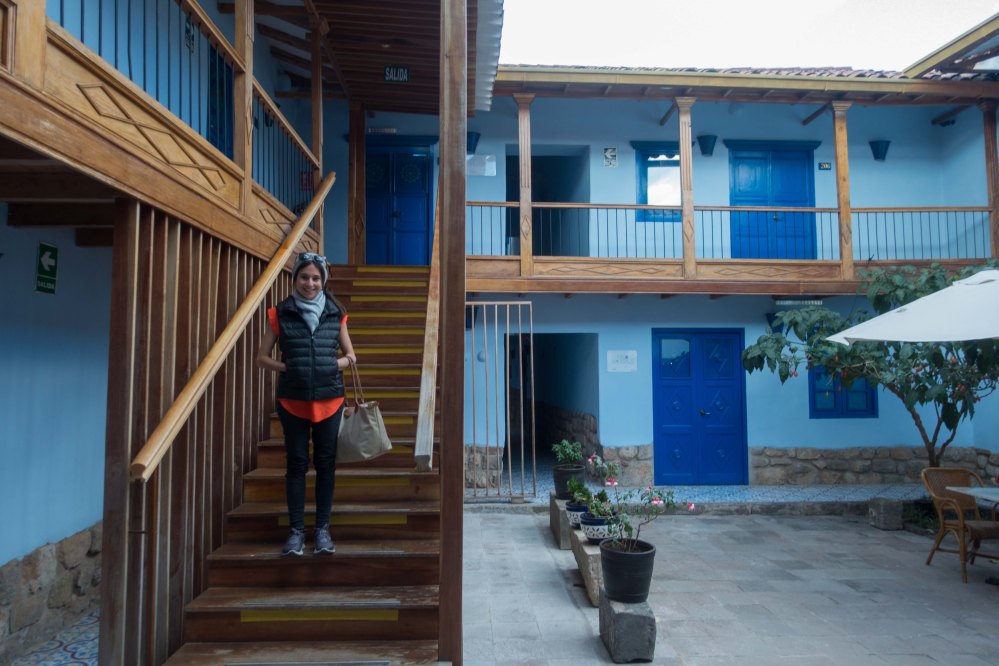 A room like this in Peru costs about $80 USD a night. 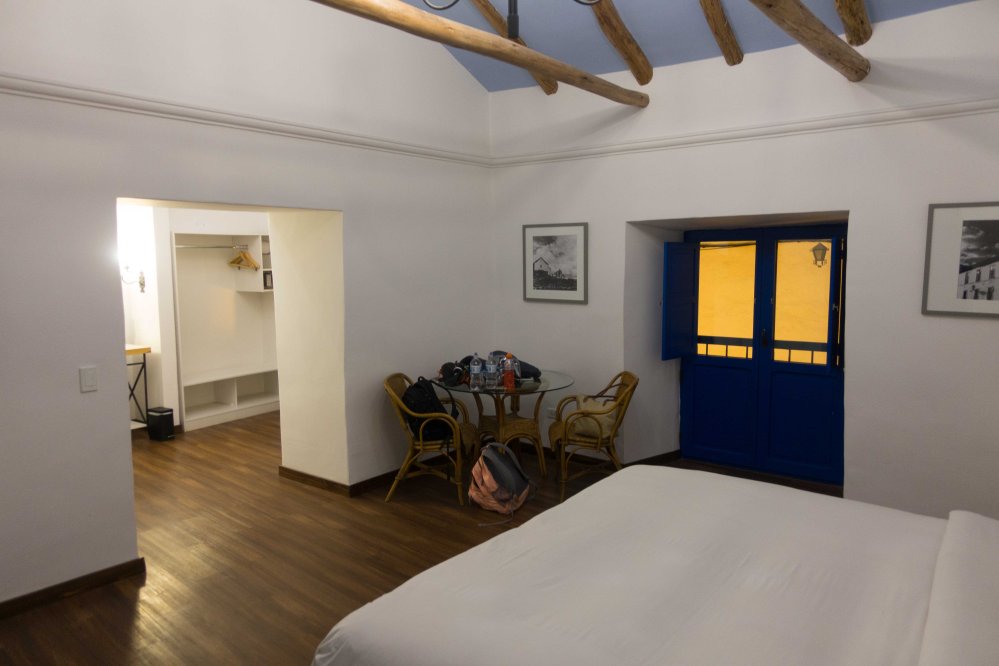 The next morning Thomas and Eitan went to explore the Incan sites around Cusco. There are several smallish sites around, but we just selected 2 as we did not have a lot of time to explore before our tour departure that day.

We took a taxi to the first site, the Incan ruins of Tambomachay. It consists of a series of aqueducts, canals and waterfalls that run through the terraced rocks. The function of the site is uncertain: it may have served as a military outpost guarding the approaches to Cusco, as a spa resort for the Incan political elite, or both. 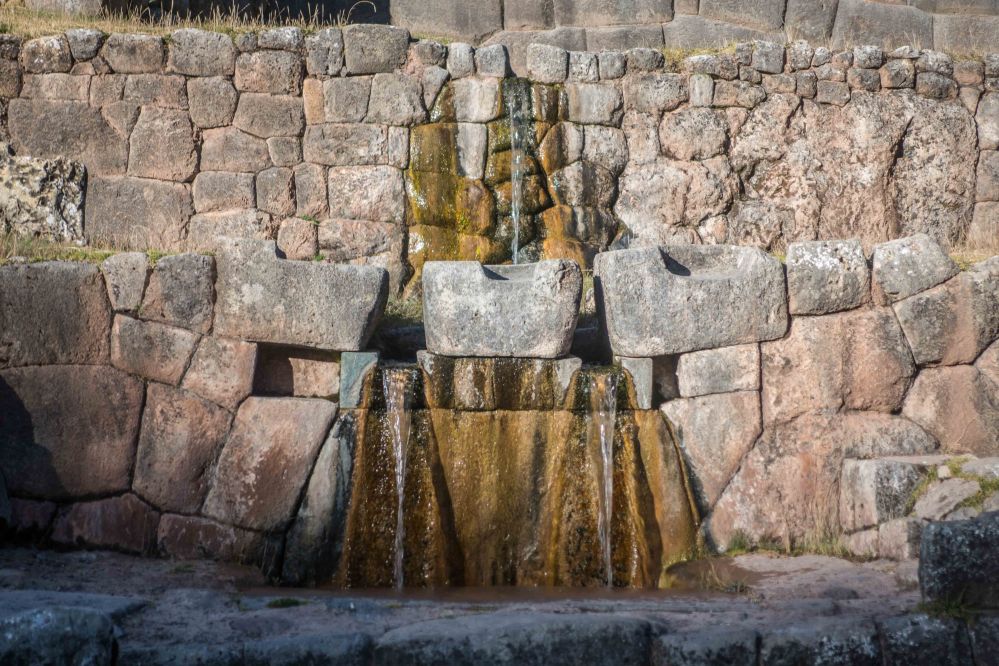 It was a small site and we were done in about 10 minutes. 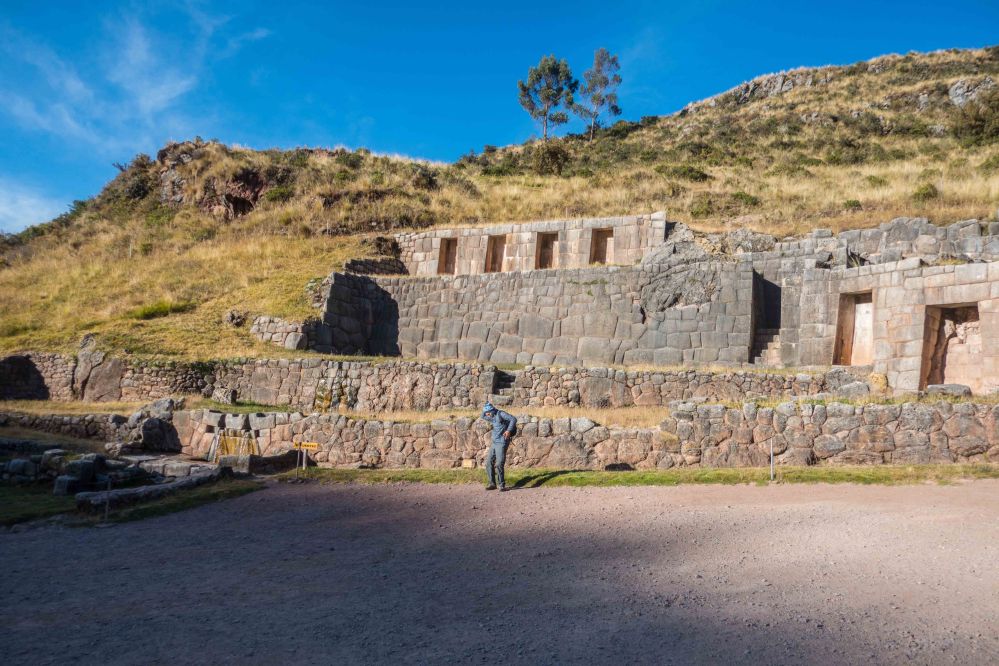 The next stop was the ruins of Sacsayhuaman. 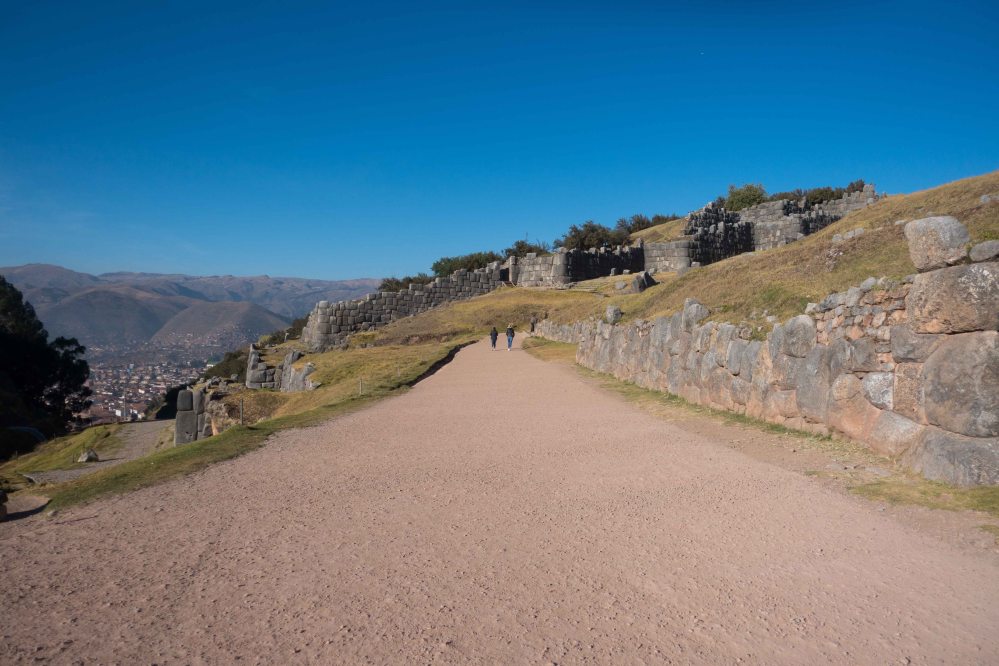 Constructed as a fortress by Inca emperor Pachacutec in the mid-15th century it was laid out in the shape of a puma, the Inca dynasty’s symbol. The belly of the puma was the Plaza de Armas; Tullumayo River formed its spine, and Sacsayhuaman was its head. There are three zigzagging limestone walls built on different levels that represent the teeth of the puma’s head. 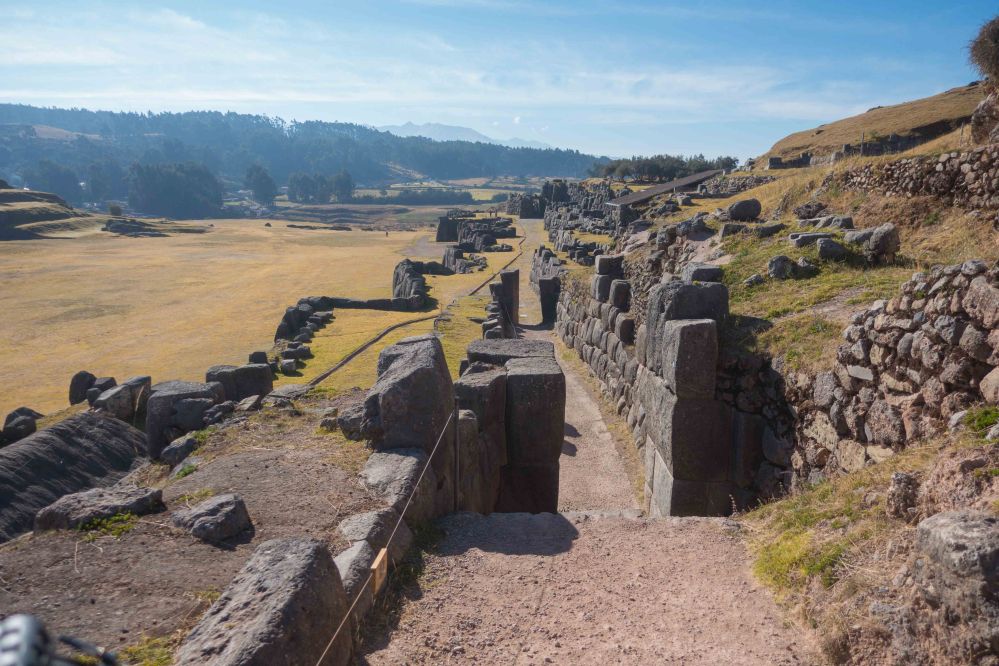 The best part was the view of the city from the top of the hill. Cusco is 11,200 ft above feet level and we needed to take altitude sickness pills to survive. I don’t think we ever got completely acclimatized to the high altitude. 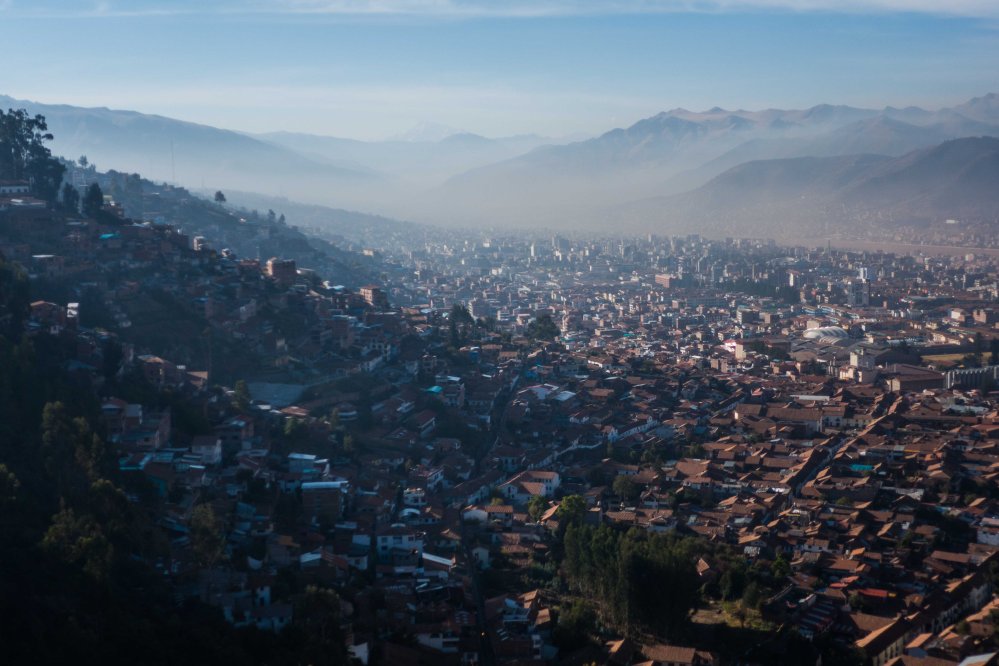 The Incas considered Cusco to be the “navel of the world”, capital of the Empire and the center from which lines of spiritual power, or “ceques” radiated to all key points of their cosmological universe. 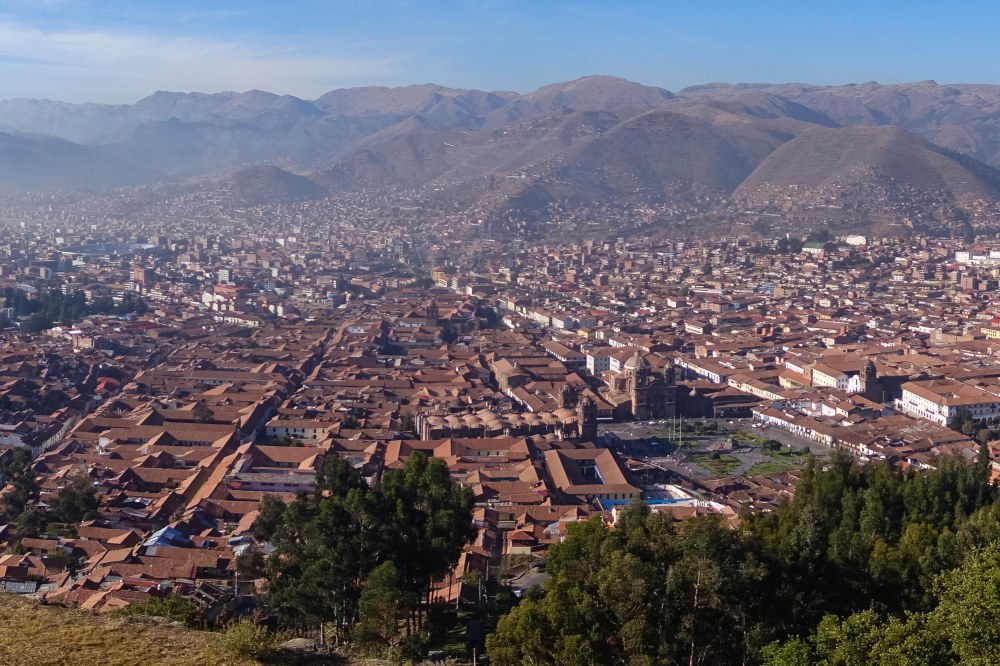 Cusco’s churches are excellent examples of colonial and Baroque architecture. Each displays intricately carved altars and pulpits, and wonderful paintings of the 16th to 18th-century Cusqueño school of art. 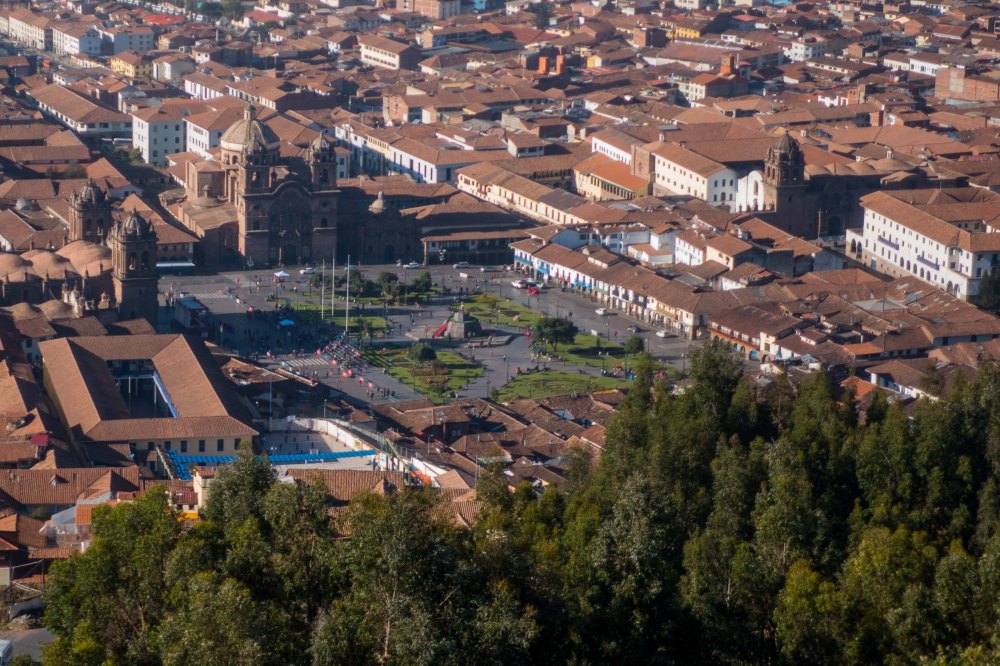 On our last night,  we walked around the markets to find some more souvenirs. The city at night is absolutely stunning! 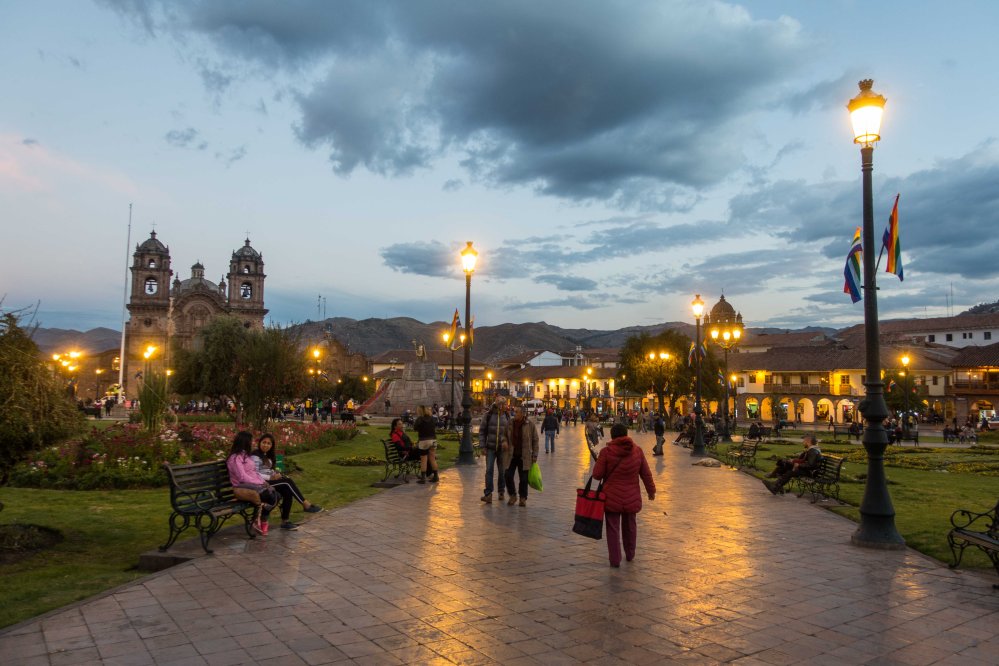 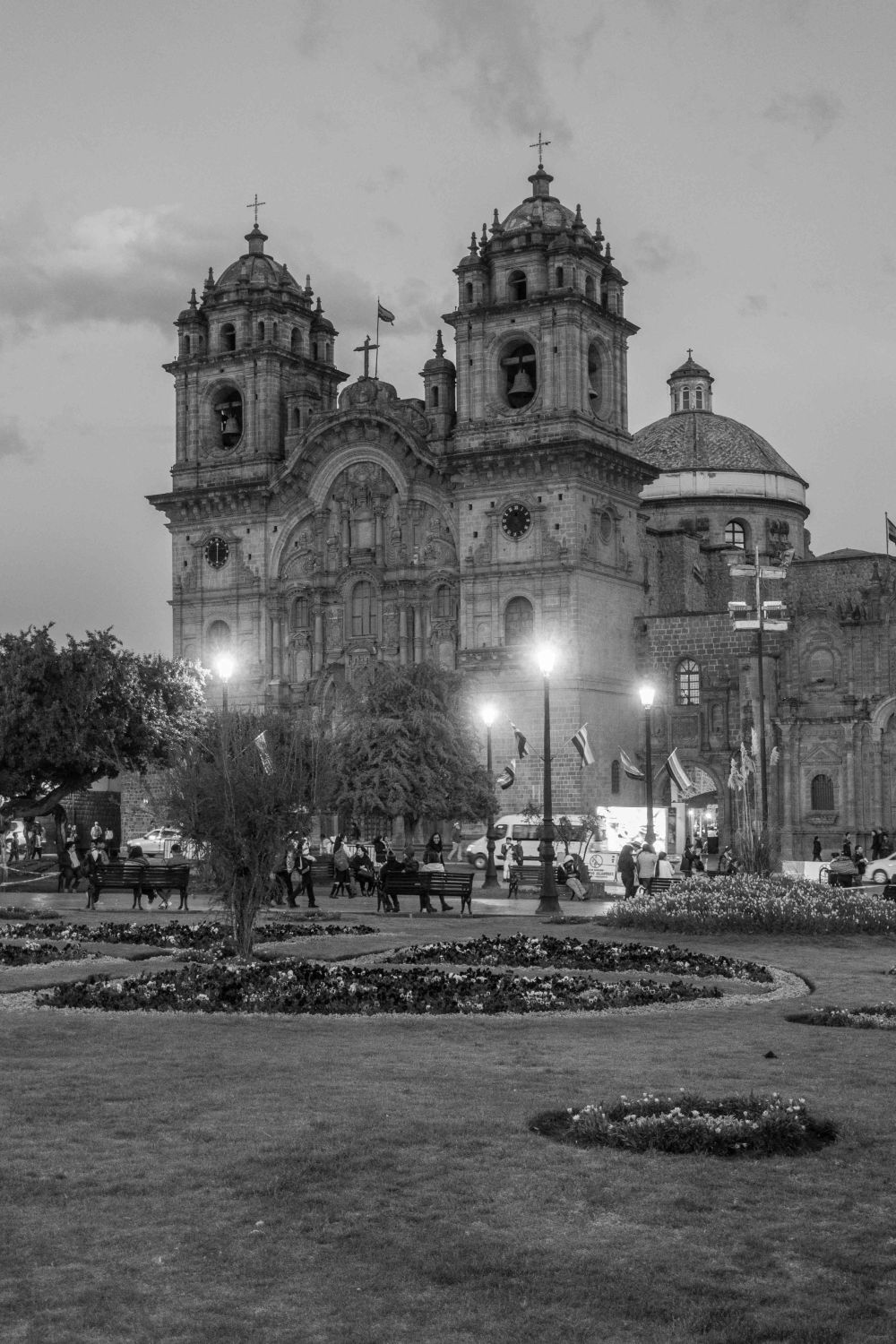 One more photo of the beautiful cathedral. 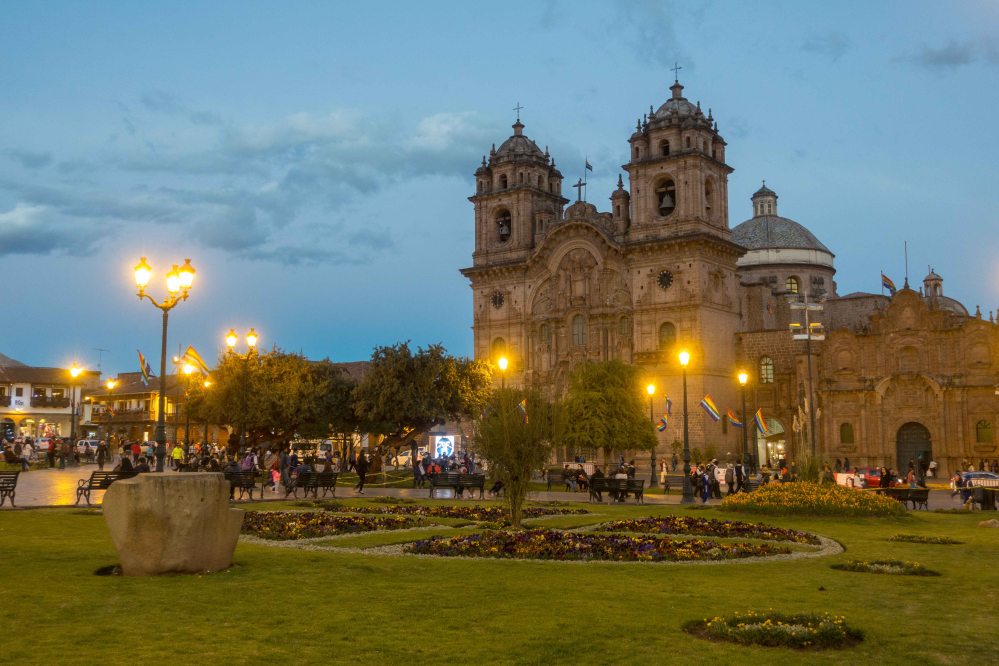 We stopped at a brewery to try their quinoa stout beer. It was quite unique. 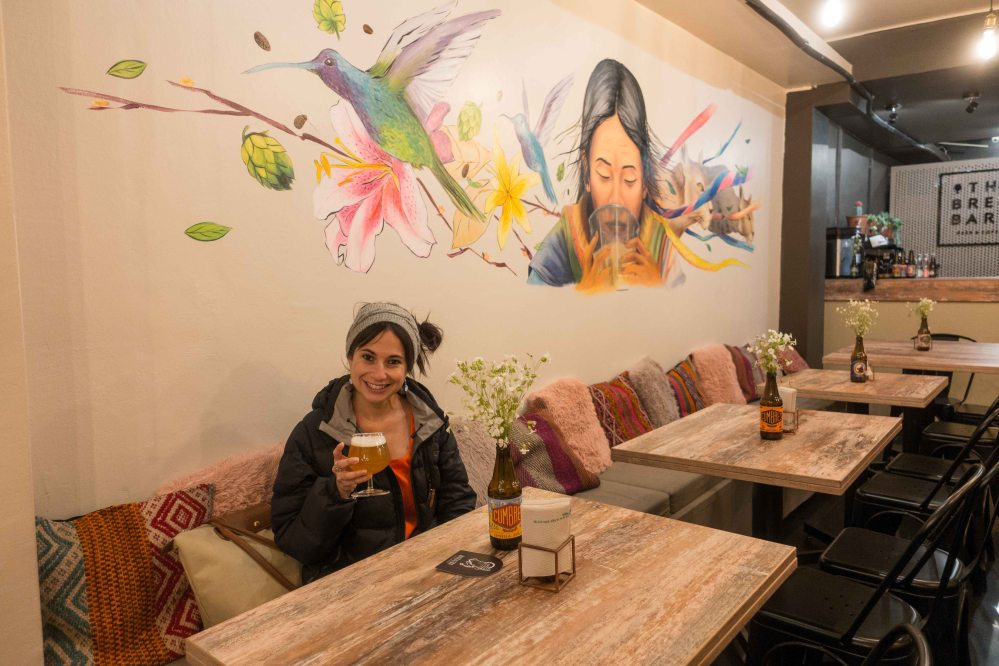 There was an amazing mural painted on a wall,. 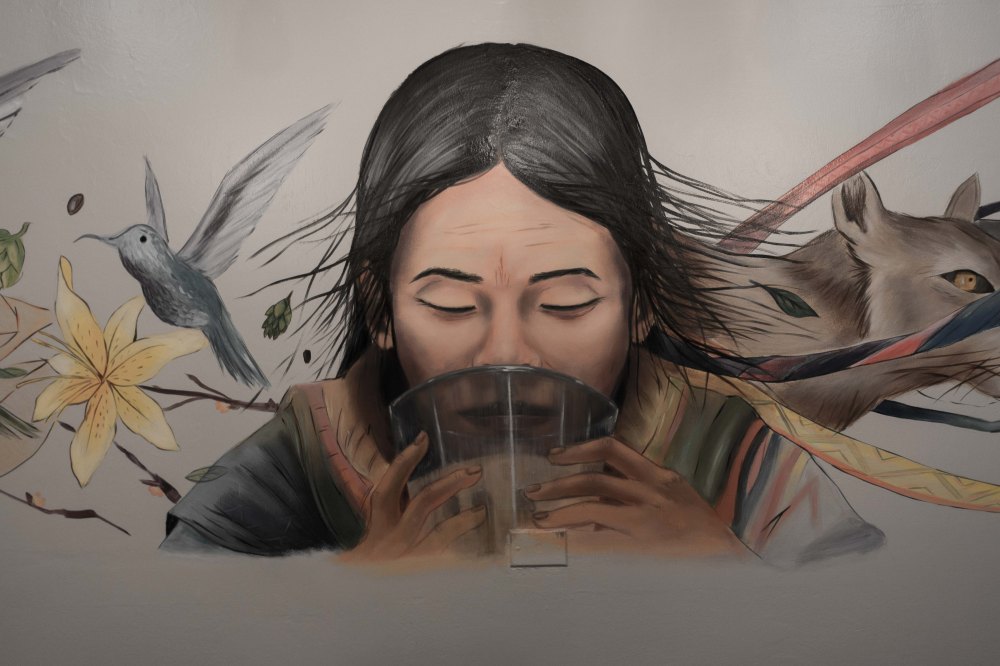 The last restaurant was found by Thomas. It was an underground place with amazing ambiance. It was the best food with had in Cusco and they bring a drink cart to prepare you the Cusco sour at your table! 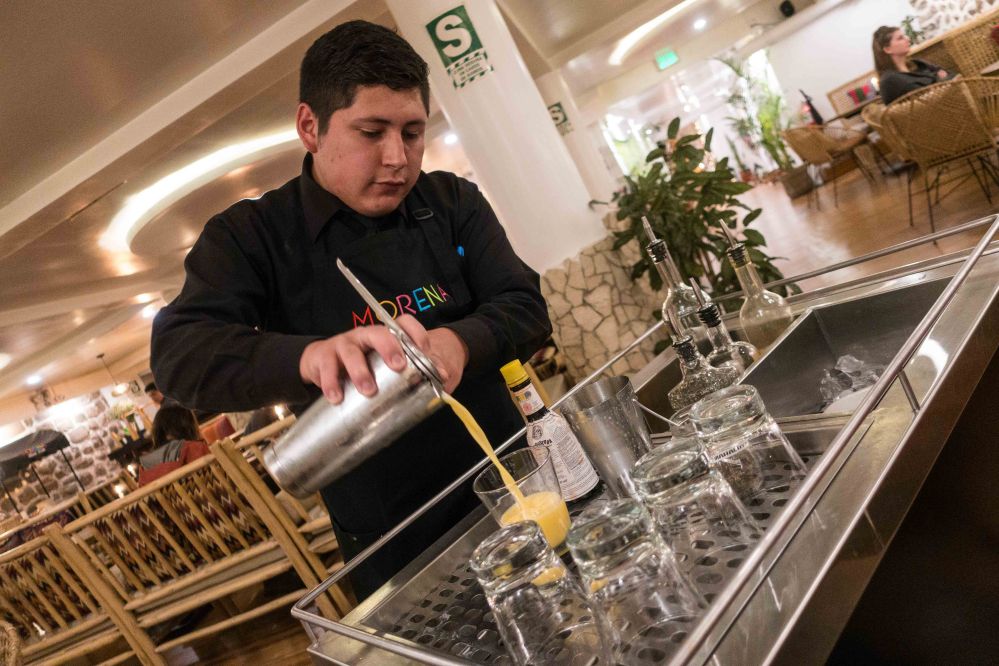 We got some Peruvian ceviche and other dishes. All delicious. 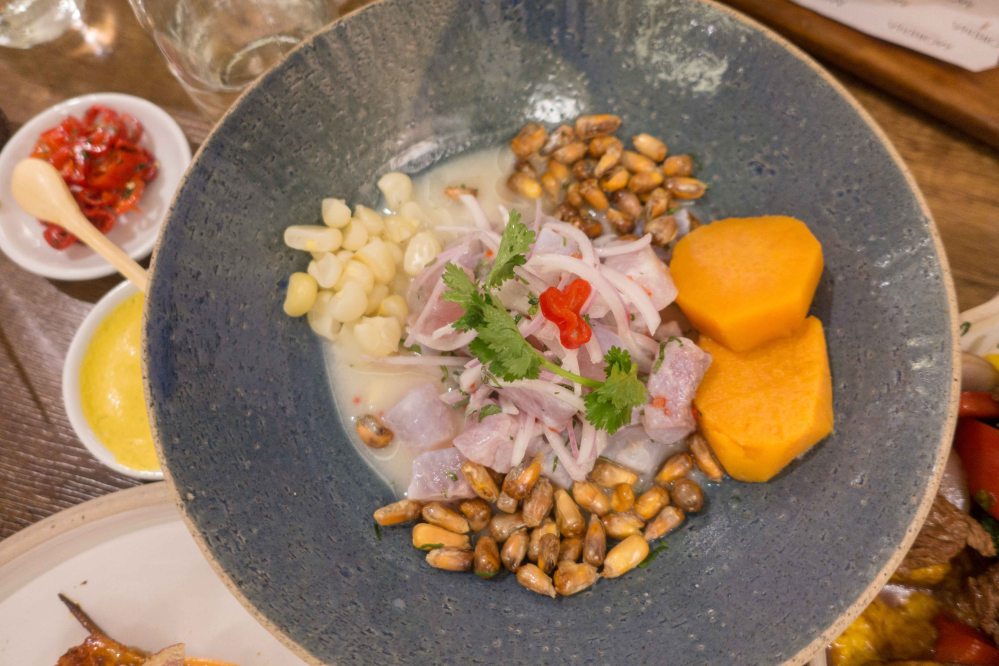 Bonus Pic Of The Day: There are several species of animals that look like the typical LLama. Some of the most famous ones are the Vicuna, Guanaco, and Alpaca. The baby Vicuna wool is the most expensive wool in the world. Some of the clothing items we saw being sold here were thousands of dollars. 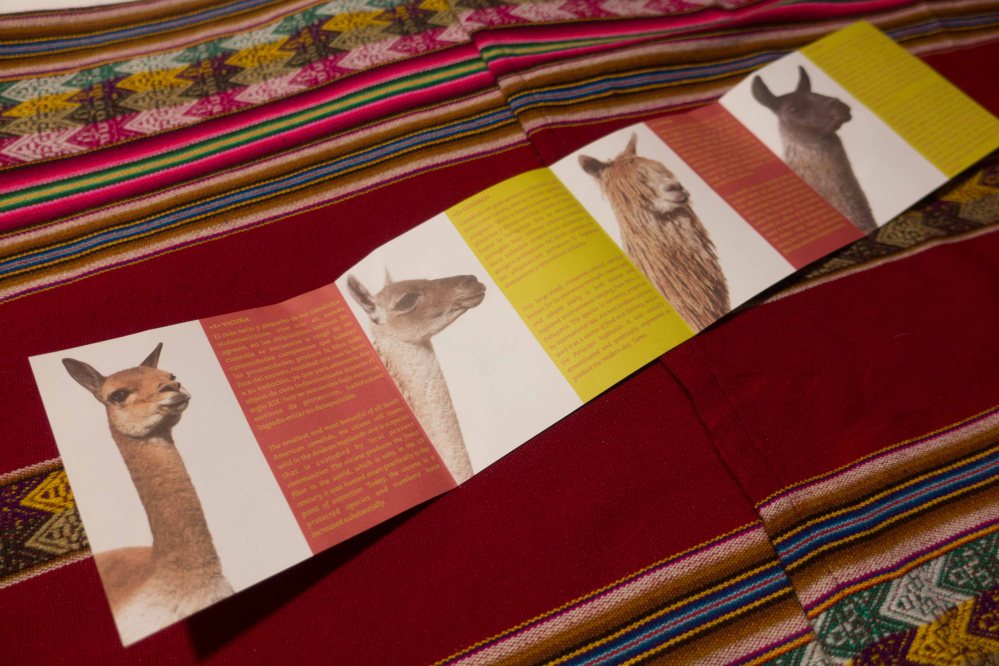