We continue our Chiapas adventure with the second part of San Cristobal De Las Casas Sightseeing.

We had a delicious breakfast at the hotel before embarking on our last day at this beautiful town. 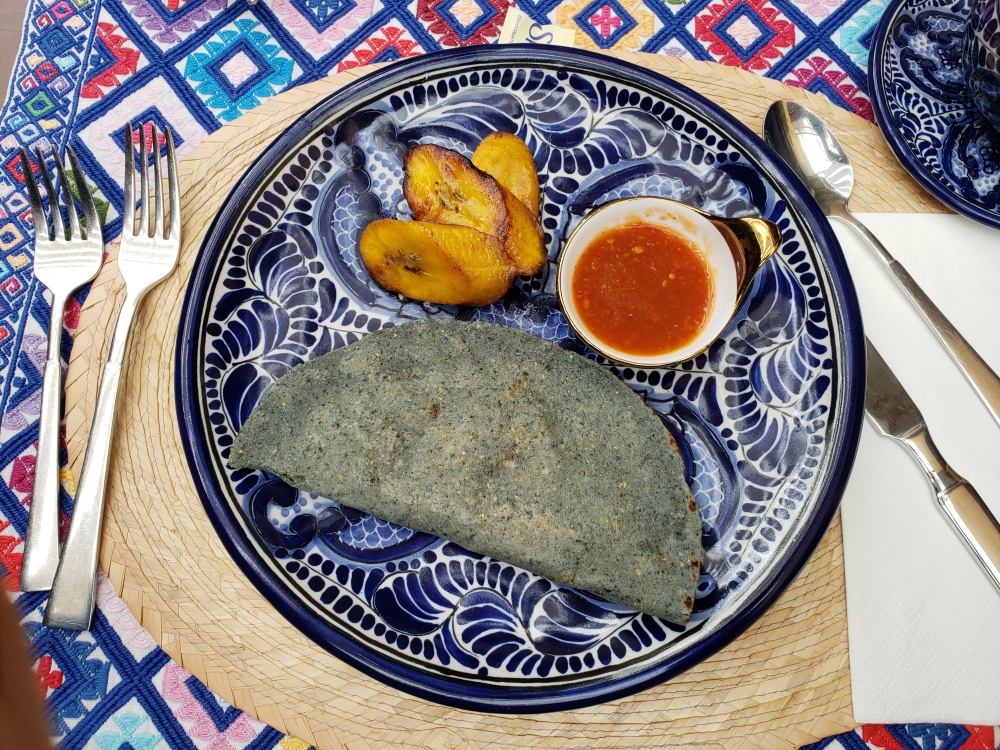 We walked to the main church in the town. The Guadalupe Church was built on top of the hill in 1834. 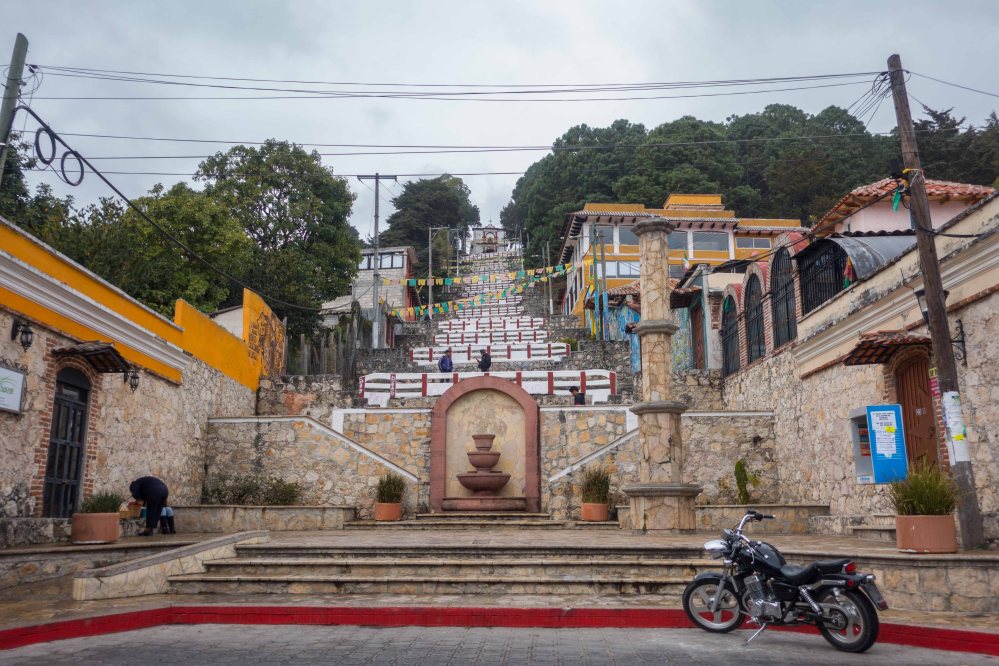 79 steps are ascended to arrive at the top, the entrance of the church, rewarded with an unparalleled panoramic view of the city. 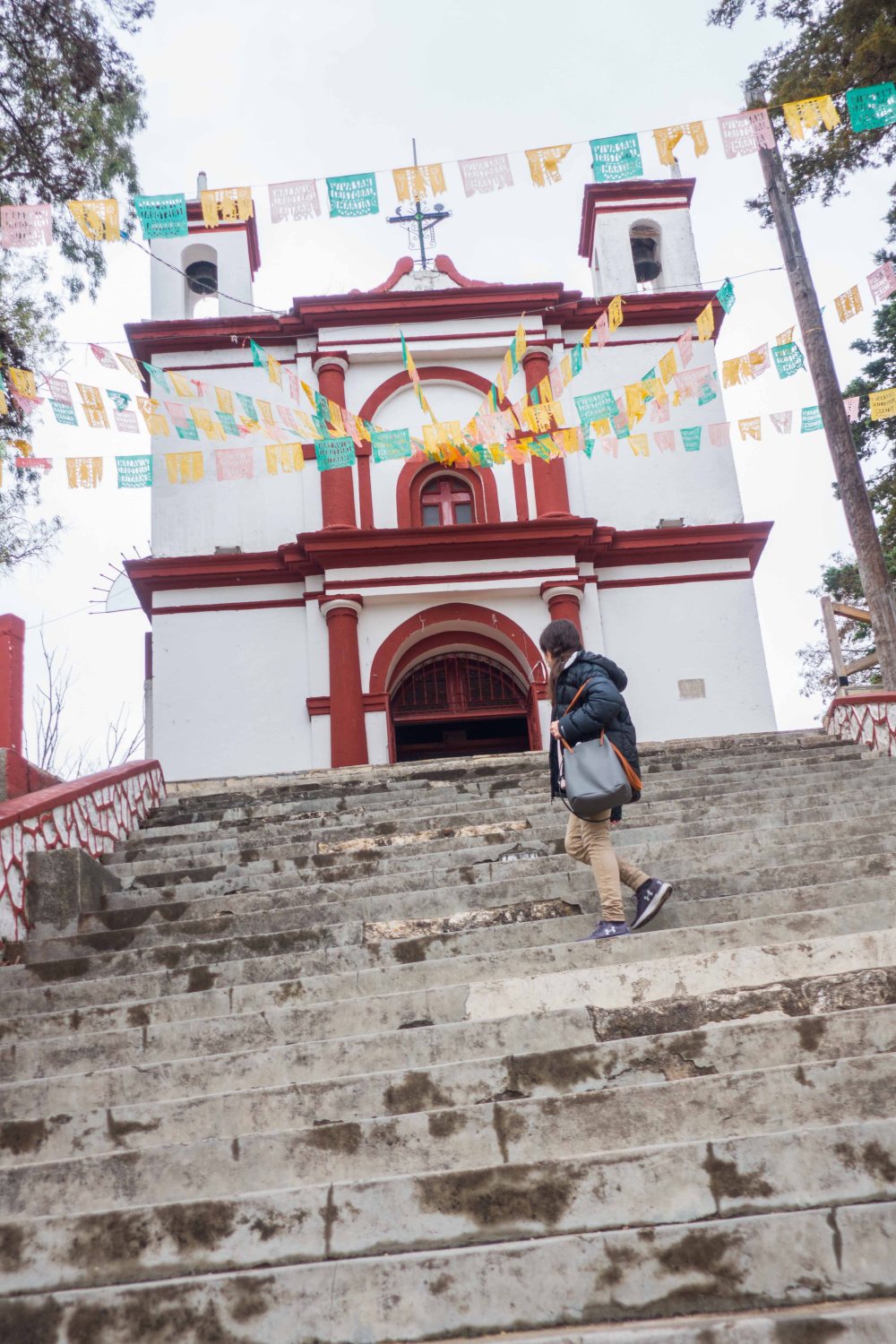 The church was simple.

After enjoying the view, we went back down to continue our visit of this incredible town.

Our driver Abel recommended that we visit the fanciest hotel here, the Hotel Bo, which cost around $500 to get a room for a night. 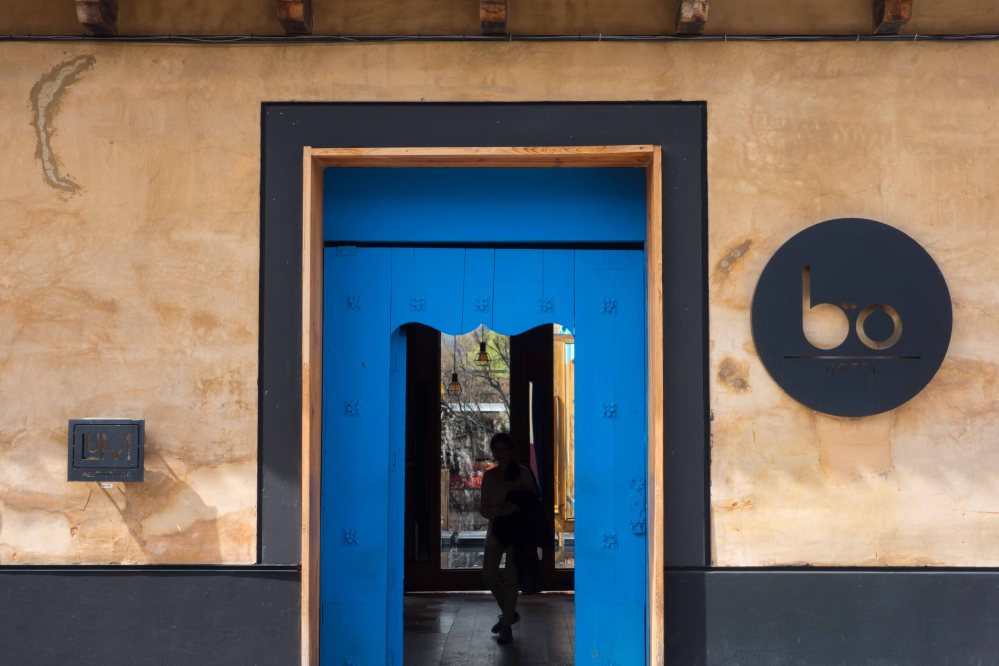 Obviously, we cannot afford this, but somehow the restaurant was really reasonable, so we ate a couple of delicious soups and a palm heart salad.

And a lemongrass creme brulee. 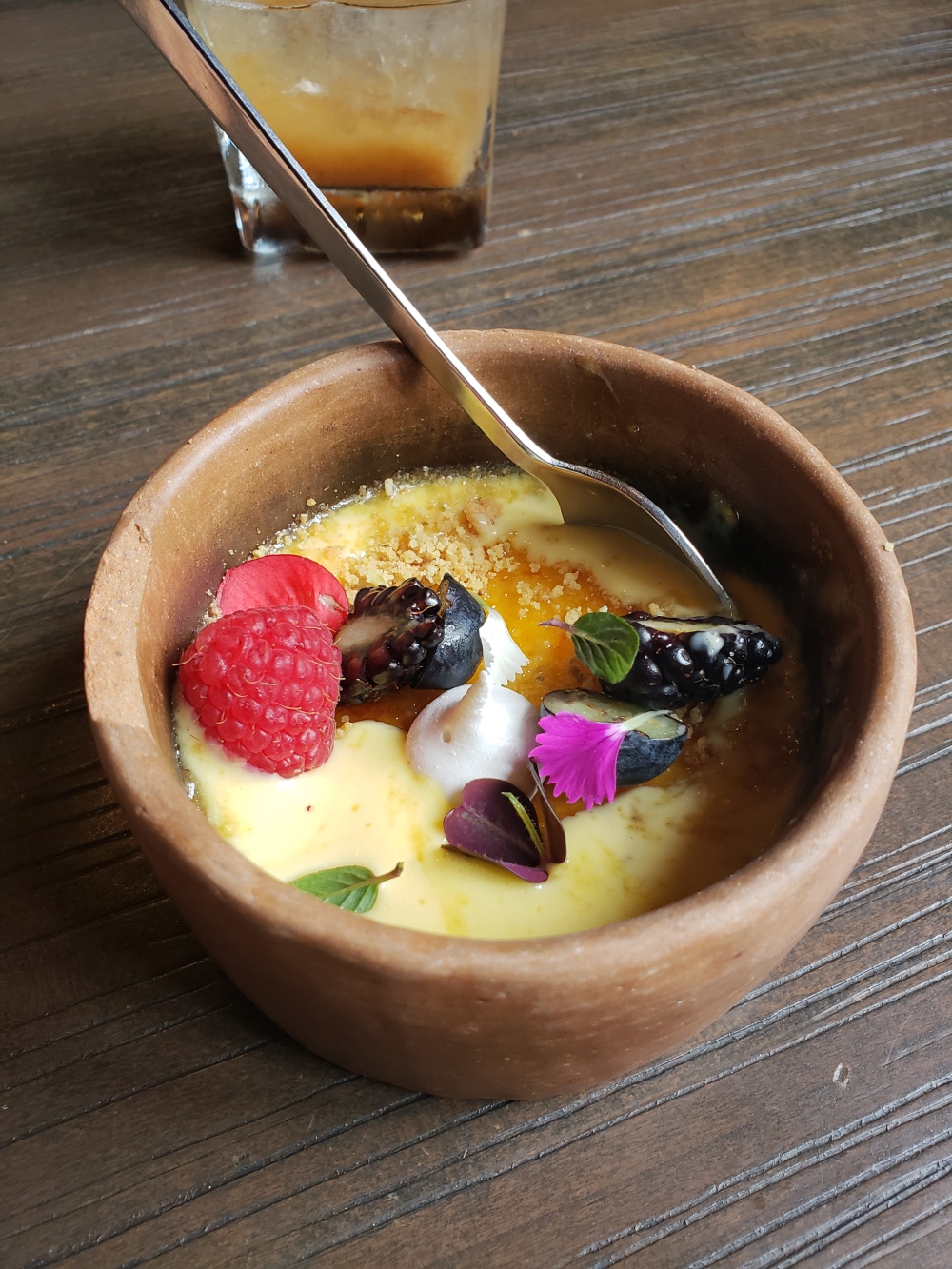 The hotel decoration is beautiful, but still not worth the nightly price.

We needed to kill some time to get to the museum of amber, so here are some photos of the city:

The city’s attraction for tourists has also led to a number making San Cristobal their permanent home, which has had an effect on the local culture, especially in the historic center. Many foreign residents have opened up restaurants with Italian, French, Thai, Indian, Chinese and more options

We arrived too early at the well known Museum of Amber.  So we waited outside for a few minutes. 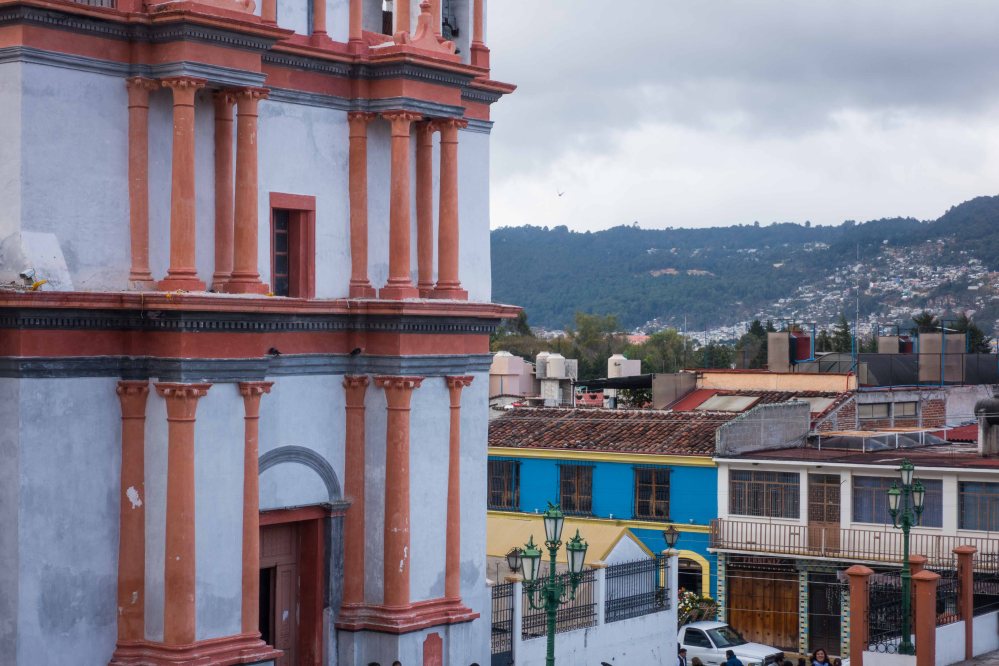 The museum is inside the ex-convent of La Merced. 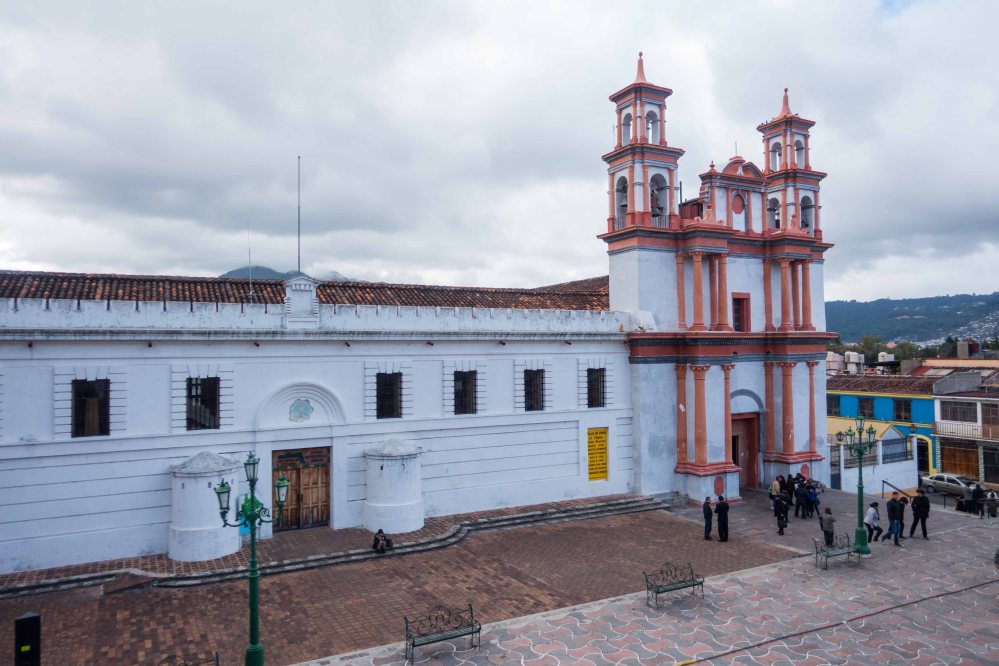 Amber is the most characteristic gem of Chiapas, used throughout history as offering protection for medicinal purposes, to produce amulets, jewelry and art objects. Opened in 2000, this museum features more than 300 pieces of this fossilized resin, both raw and carved by artisans from some even winning contests.

It took us about 3.5 minutes to see all the museum. I guess we did not really know what to expect, but we learned a few things about amber. Well, Eitan did, as there were no explanations in English.

The rain was approaching.

Sarita was contemplating life while she waited for me during a restroom break.

For some reason, the museums here ask you to register on their books. So apparently Sarah’s new last name is Nudelcito. 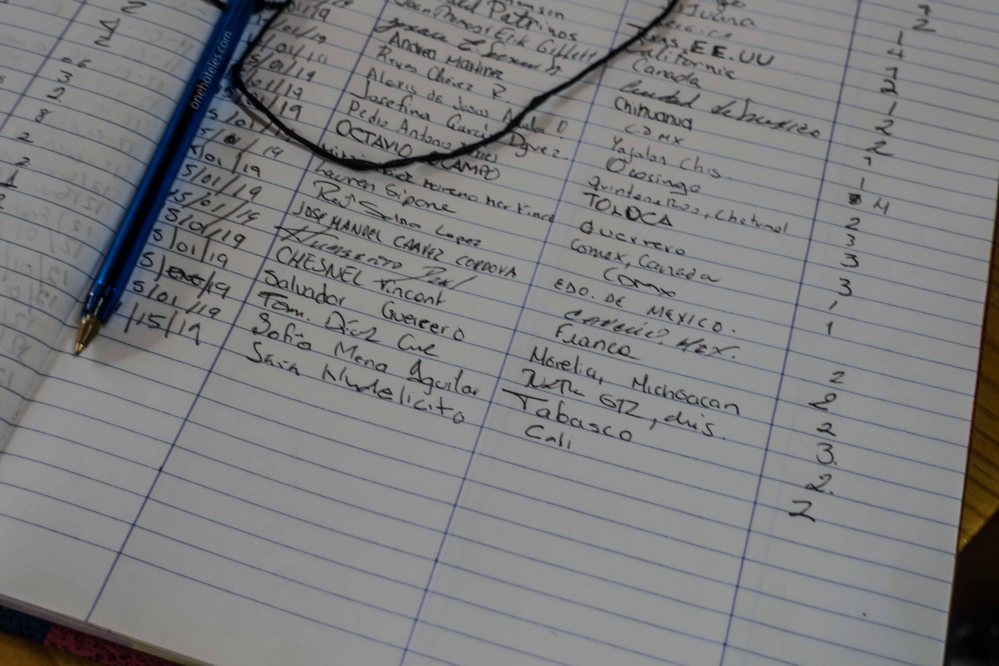 We then continued to one of the highlights of our trip. A make your own chocolate workshop!!! Nobody else was there, so it was literally a private workshop for both of us!

Chocolate means many things to different people: it can be a special treat, a guilty pleasure, or a delicacy to be mulled and evaluated much like wine. But for many people around the globe, it’s also a serious industry. By 2020, the global chocolate market will be worth over $100 billion.

Chocolate is made from cocoa beans, which, logically, grow on cacao trees. Historians believe that chocolate consumption originated in the Pre-Columbian societies of Central America at least five millennia ago. Today, however, the production and consumption of this sweet treat is a complex world trade network.

Unsurprisingly, most of the top 10 cocoa-producing countries come from warm, wet climates similar to where the bean originated.  The top Cocoa Producing Countries In The World are:
Ivory Coast, Ghana, Indonesia, Nigeria , Cameroon.  Mexico is #8, but according to Mexicans, it is one of the best quality beans as it is picked hand made.

We did absolutely everything, from selecting the best cocoa beans, toasting them, peeling, grinding, and melting them into a mold to create the final bar. We chose to make a 70% cacao bar.

We learned a lot about chocolate, including how shitty commercial chocolate is (looking at you Hersheys)!!

The first time cocoa, or chocolate was used as a romantic gesture was in the Mayan culture. The Aztecs used cocoa to create a form of “hot chocolate” or as they called it “xocolatl” which means bitter water. (pronounces Chocolatl, which gave origin to the word “Chocolate”)

Here are our final bars! the texture was very grainy due to time constraint. We only ground the past two times, in comparison commercial chocolate gets ground for over 30 hours!!!

After getting diabetes, we then went to get an authentic Mayan massage. What is a Mayan massage you might ask? Well, it is basically the same as a normal message with the addition of a bag of seeds that they roll over your body for a few minutes. The massages were great though! 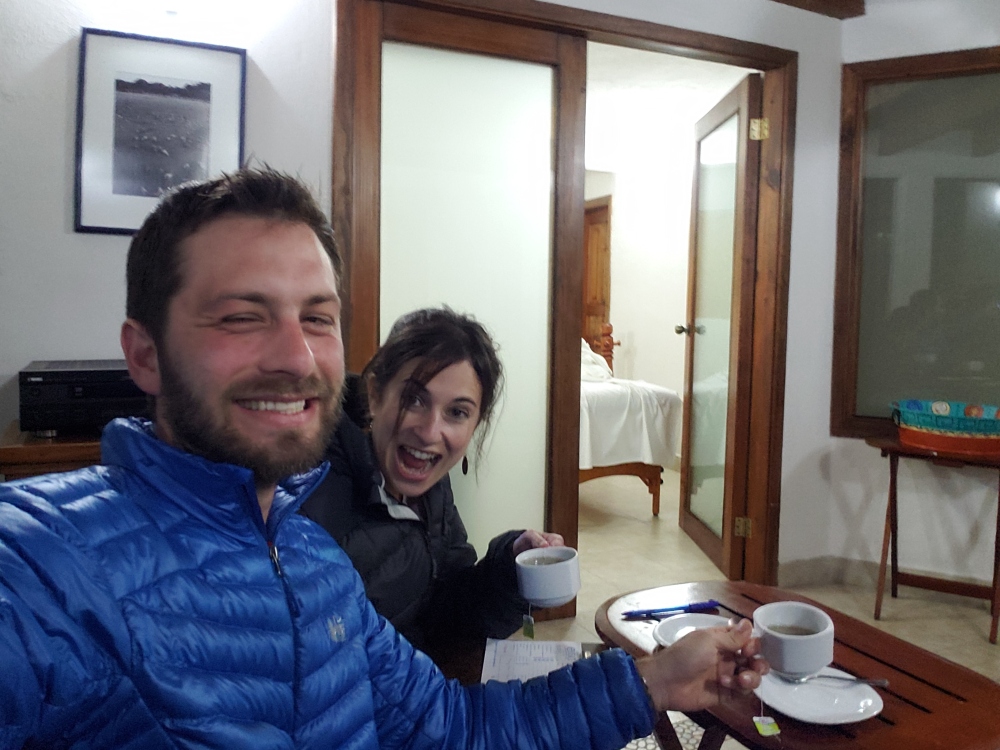 For dinner, we went to the best-rated restaurant in town. One of those restaurants where the waiters just stand next to your table and watch you eat while he waits for any clues that you might have finished with your plate.  We probably had to say “I’m not done yet” 10 times during that meal. Very awkward… I will never understand the rush to remove your plate in fancy restaurants.

But anyways, that was San Cristobal, one of our all-time favorite destinations!!!