After that sardines lunch, we were ready for the second part of our Porto day!

We walked with an Australian couple who had taken the tour to the meeting place for the 3:00 winery tour about port wine production that was to include lots of tasting. 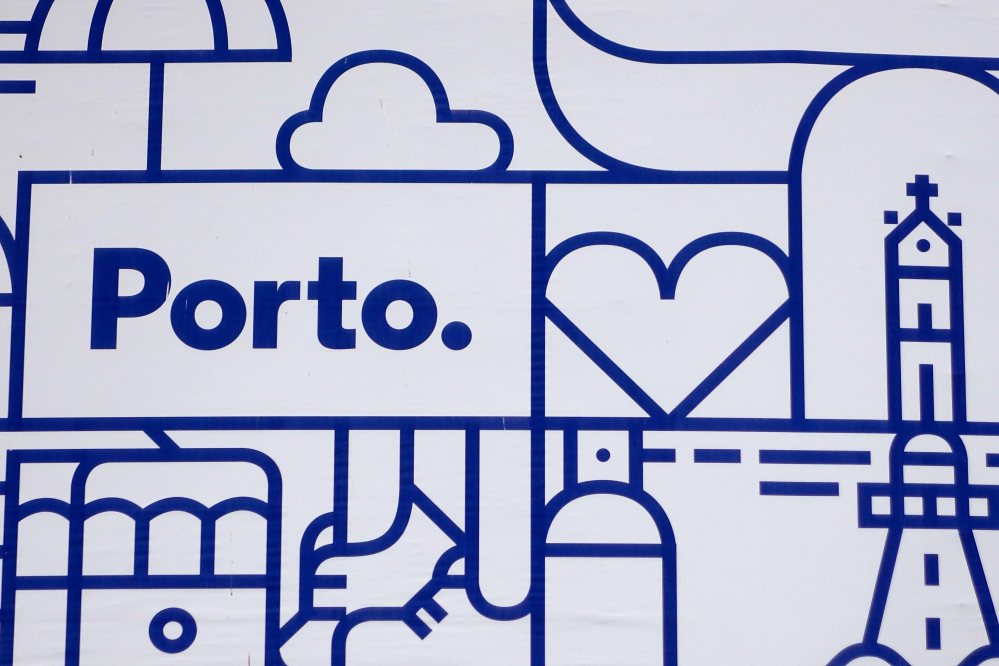 At the meeting place, we were greeted by a guide who was to walk us from winery to winery. However, once we proceeded, Elly needed a toilet. Badly. The very nice female guide rushed with Elly ahead of the group to the first tasting place. Everyone else leisurely crossed the beautiful bridge towards Vila Nova de Gaia, but now using the lower level. 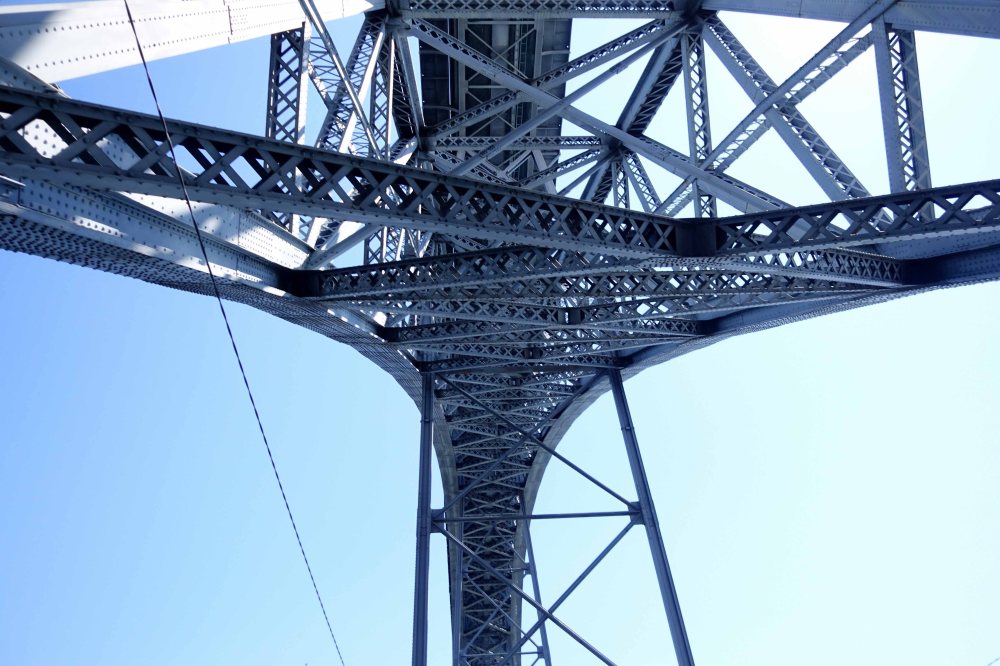 There are a bunch of guys jumping into the river for a few coins. We also found a few crazy tourists who joined their ranks.

When we arrived, a man came up to Dan and said, “Are you Dan? Your wife wants you.” Dear reader, we will now spare you further details, other than that Dan found Elly in the Men’s bathroom (it was closest), where the two of them then spent a fair amount of time. Travel is one of the greatest things a human can do with his/her time on earth, but it does come with moments like this. The good news: Whatever Elly had eaten that disagreed with her, went through her system and her recovery was swift. She and Dan skipped the tour and, once the lovely Porto bathroom had fulfilled its mission, they walked back to the hotel, where Elly recuperated the rest of the day and Dan relaxed, something he is occasionally able to do if left with no alternatives.

Of course, Eitan and Sarah stayed at the wineries to enjoy the famous Port wine, which is a sweet, red, fortified wine made right here in Porto.

Port is most commonly enjoyed as a dessert wine because it is rich and sweet. There are several styles of Port, including red, white, rosé and an aged style called Tawny Port.

Portugal produces about half the world output of commercial cork, and its exports over recent years have accounted for around 70 percent of world trade. 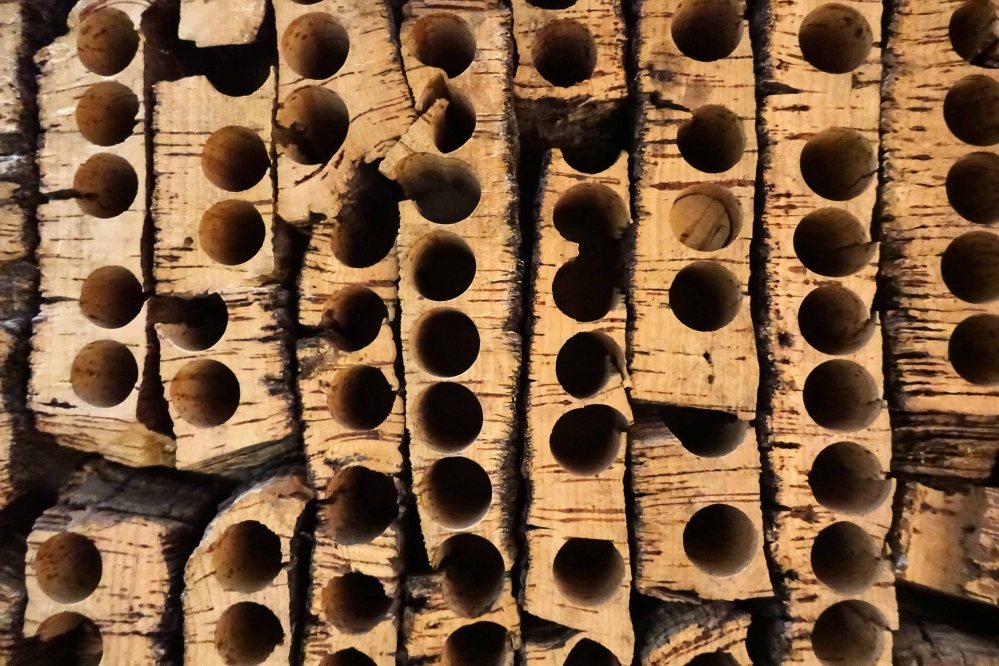 We had an amazing tasting of several types of Port wine. We didn’t even know there was more than one type! 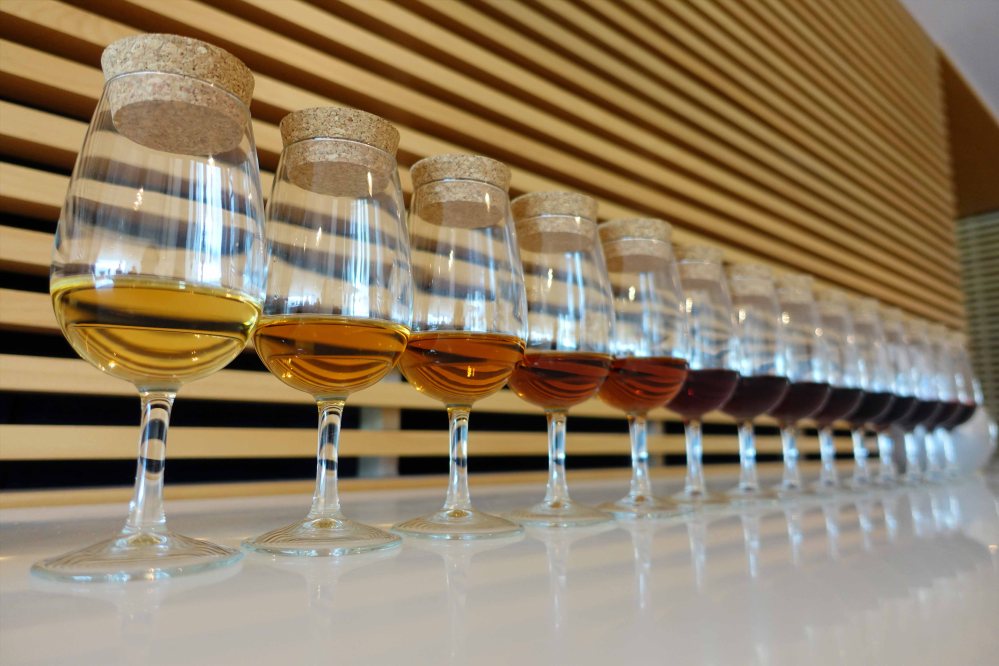 The last winery we visited had a beautiful terrace with a view of the Duoro river. 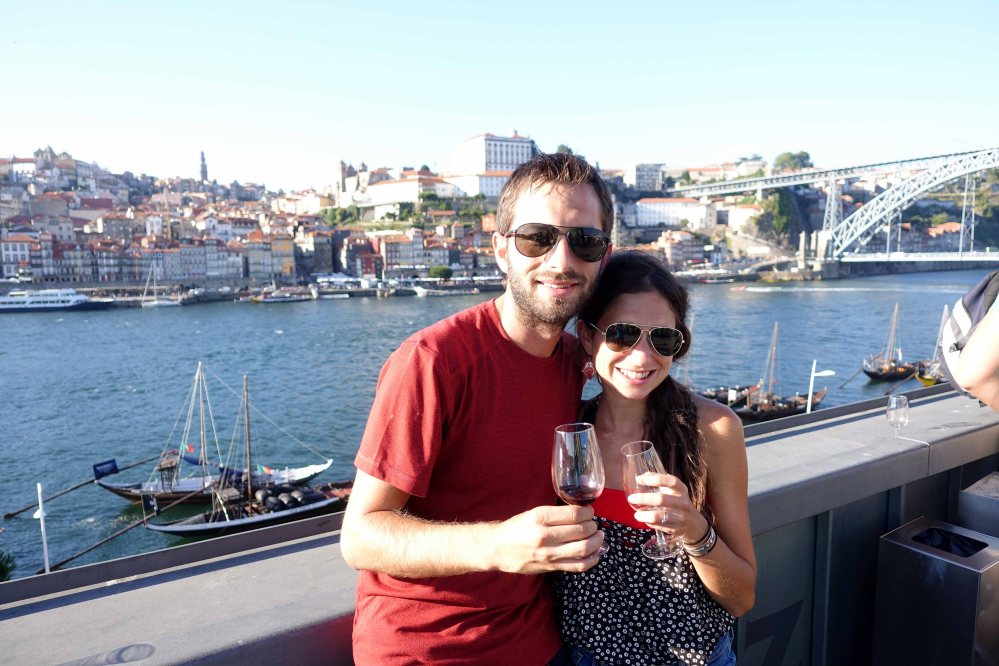 After the tour was over, we headed back towards the main part of town to get something to eat.

We planned to meet our two new friends from Barcelona who were at the same tour this afternoon. We walked together to an open food and music market where we got a couple beers and talked about life in Europe vs in the U.S.

It was very interesting to hear about the difference in salaries, hobbies and other differences in our not-so-distant lives. 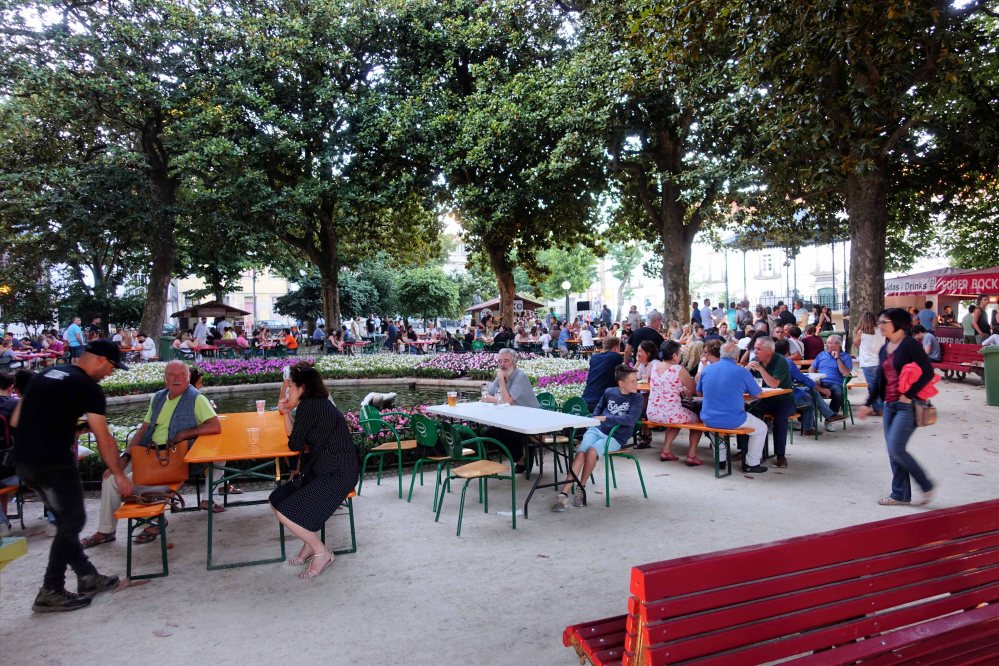 There was a food stand that was selling the famous Francesinha. This abomination of local food is made with bread, wet-cured ham, linguiça, fresh sausage like chipolata, steak or roast meat and covered with melted cheese and a hot thick tomato and beer sauce served with french fries. Of course, Eitan had to try it, it was good but nothing mind-blowing.

Bonus Pic of The Day: This is the brochure that most restaurants hang on their windows to explain to the naive tourists how they make the Francesinha. Cafe Santiago is the most famous place to eat this, but with long lines that day, we decided to skip it. 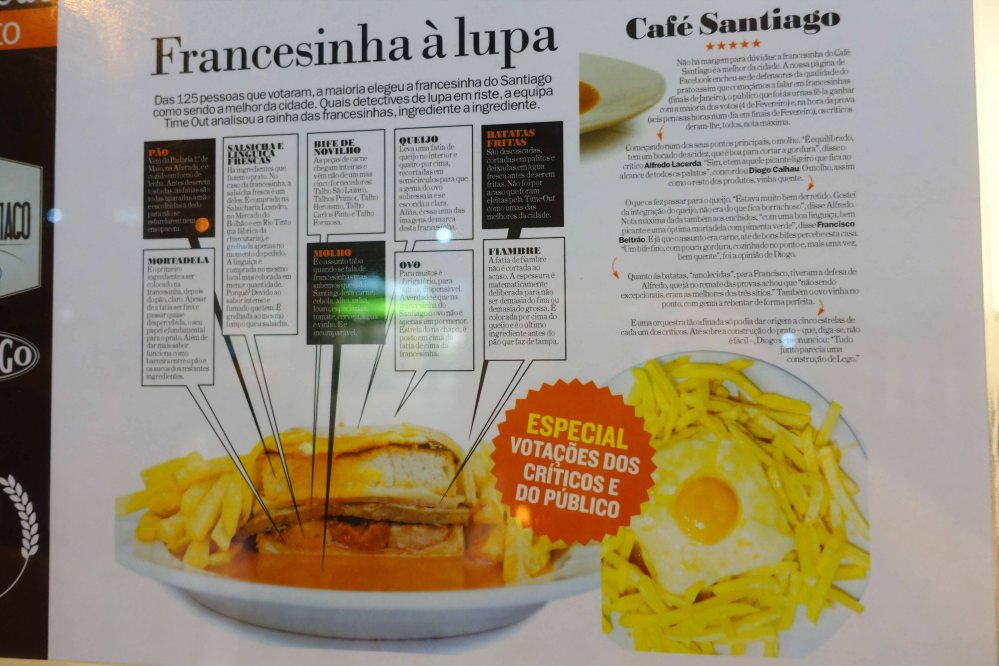