There are many ways you can visit this National Park, we chose the most recommended route as it passes through the main waterfalls. (Left on the map). First you take a shuttle bus that takes you to the end, and you walk back to the starting point. The whole length of the park is about 8 Km. It takes upwards of six hours to explore the lakes on foot, or you can slice two hours off by taking advantage of the park’s free boats and buses.

The name is, however, slightly misleading as it’s not so much the lakes that are the attraction here, but the hundreds of waterfalls that link them.

On Easter Sunday in 1991, the first shots of Croatia’s war with Yugoslavia were fired in this park. The Serbs occupied Plitvice and the surrounding region until 1995 and most of the Croatians you’ll meet here were evacuated and lived near the coastline as refugees. 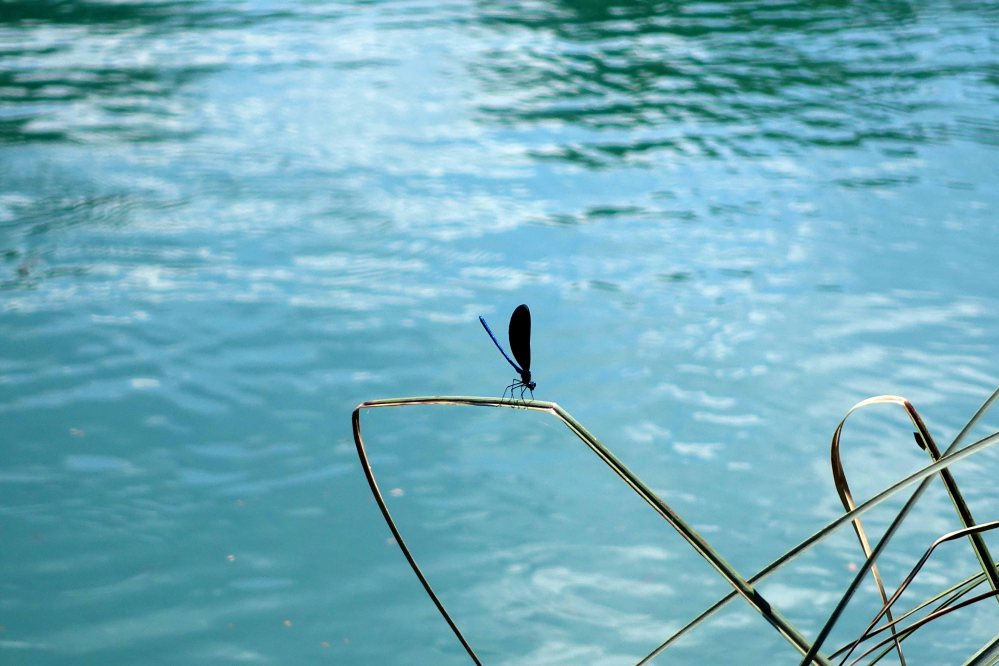 The national park is world-famous for its lakes arranged in cascades. Currently, 16 lakes can be seen from the surface.

The waters flowing over the limestone and chalk have, over thousands of years, deposited travertine barriers, creating natural dams which in turn have created a series of beautiful lakes, caves and waterfalls. These geological processes continue today. The forests in the park are home to bears, wolves and many rare bird species. 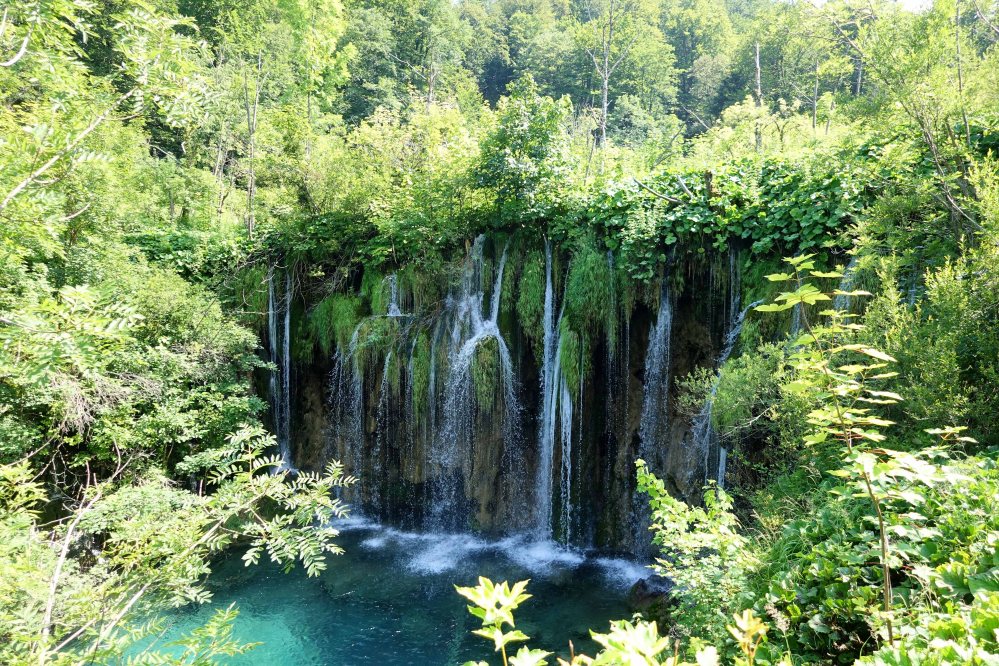 The war led UNESCO to add the park to its List of World Heritage in Danger. Due to the economic importance of the park, the Croatian government made it a priority for its de-mining efforts, and in December 1998 UNESCO recognized the park’s newly mine-free status by removing it from the list of endangered sites. However, the surrounding Plitvice municipality outside the park boundary still has some problems with mine contamination. 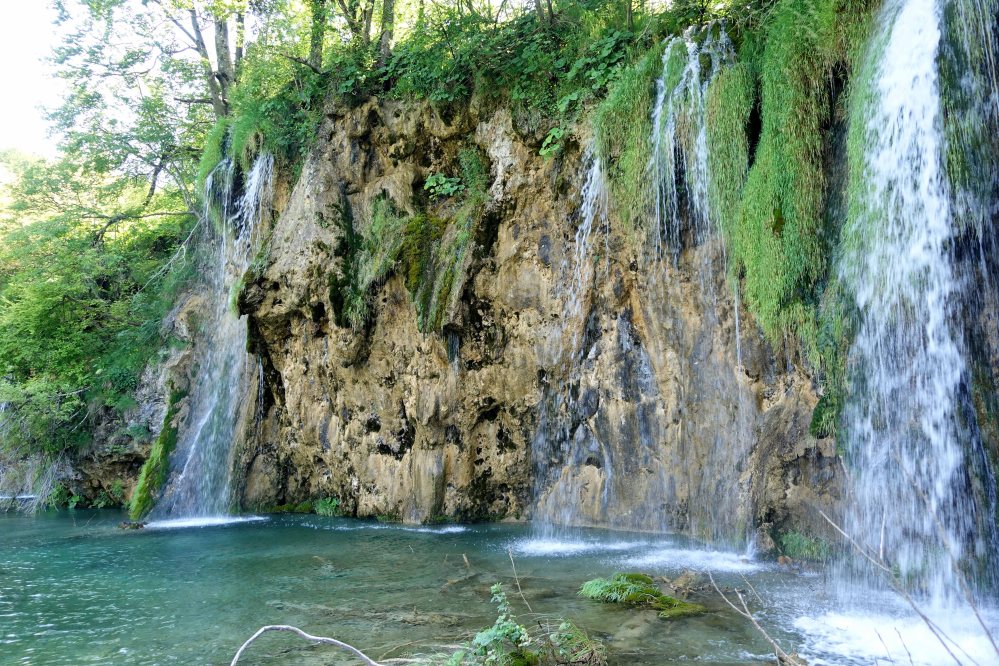 There are so many opportunities for postcard looking photos. The problem is that its is pretty crowded so taking a photo like this one is rare. 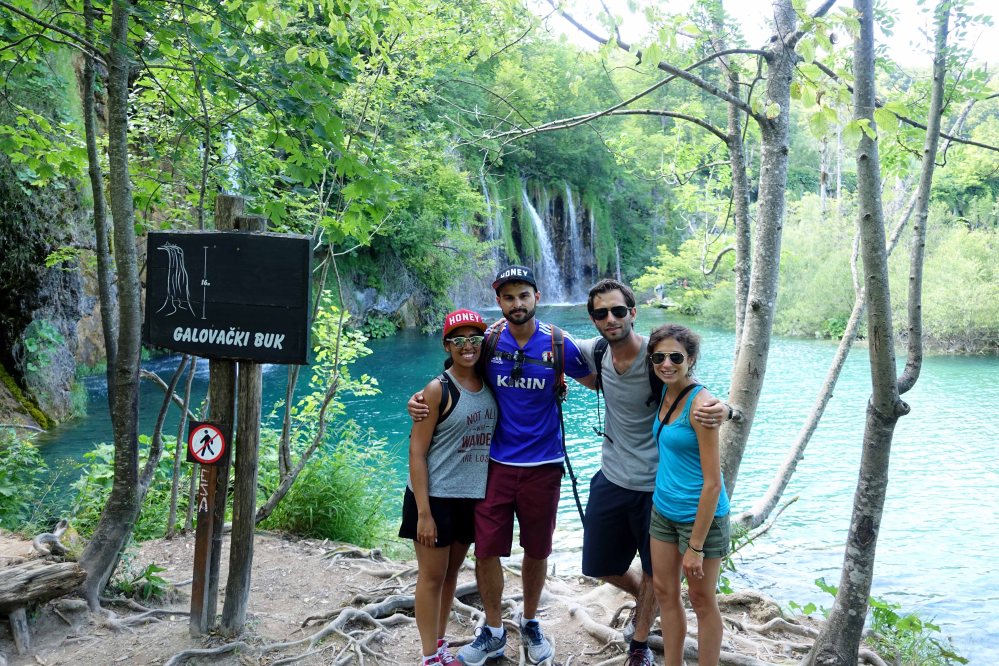 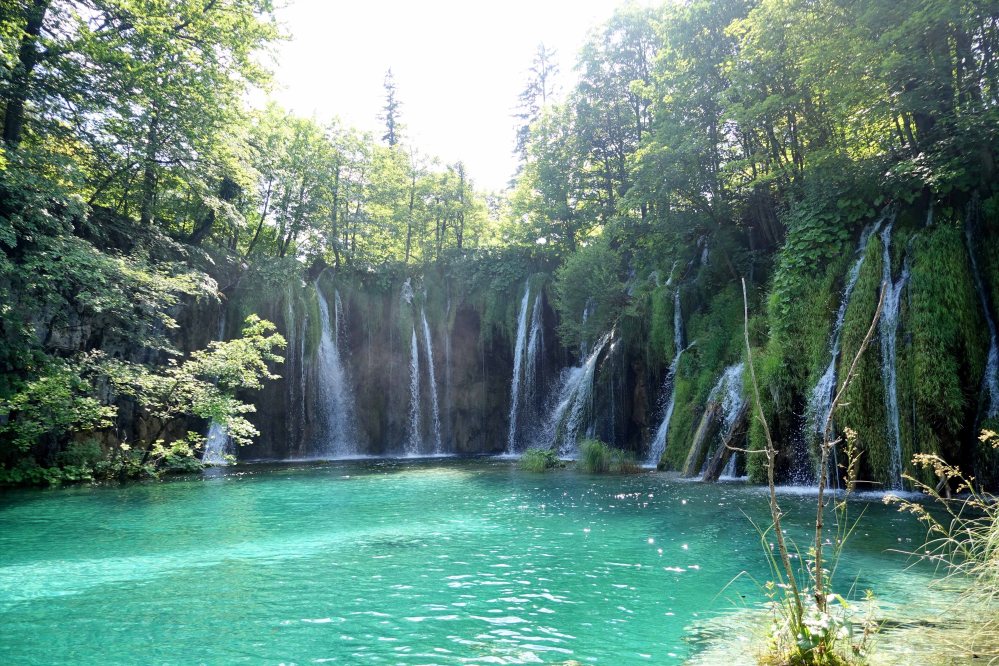 After we wandered back down to the shore of Kozjak, the park’s largest lake (about 4km in length). A boat will whisk you from here to the lower lakes, where the circuit culminates in the Veliki Slap, the tallest waterfall in Croatia (78m). It was getting late and we still needed to get to Zagreb, so we skipped the lower lakes section against Eitan’s FOMO and tantrum.

When we docked we ate some really bad food at the restaurant due to being starving because Eitan’s FOMO had led to a huge delay in eating lunch. Then, we continued our drive to Zagreb to say goodbye to Tania and Nadeem as they will be heading back home the next day :(.  Poor Nadeem started to get very sick but hung in there and didn’t miss any sightseeing!

Bonus Photo of The Day: The Plitvice lakes hike is beautiful, but it looks like Narnia from the air. Here is an aerial photo taken from google so you can understand the magnitude of this place. 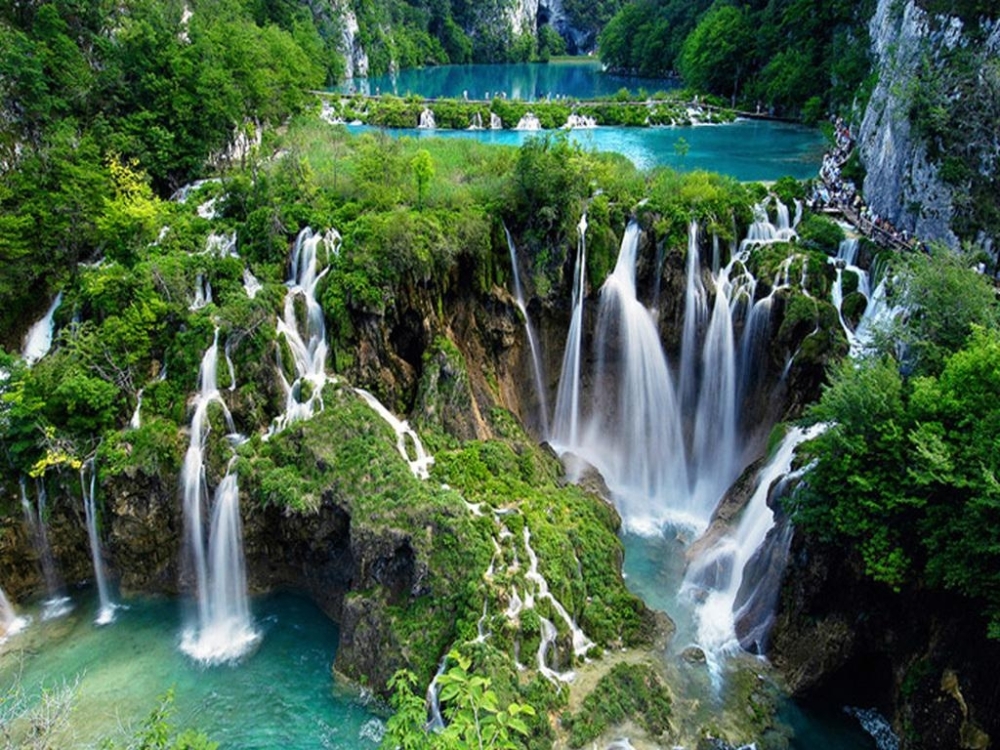