We left for the train station a little early and waited for our train that will take us to Jaipur, the Pink City, as it is called because of the color of most of its buildings there. The train was only 3 hours late so waiting in the station was a nightmare. There were several other trains before ours so it was entertaining to watch the local people interact. While we where waiting there was this woman and her kid, maybe around 3 years old. The kid was being helped by her mom to piss right there on the platform, right there in front of the train car entry door. There are 2 very usable toilets on each end of each train car, but instead why not piss all over the platform and her child wasn’t wearing any shoes so walking all over the disgustingly dirty ground!!! Aaaaaah!! (You can see the pee stream right there below the door) 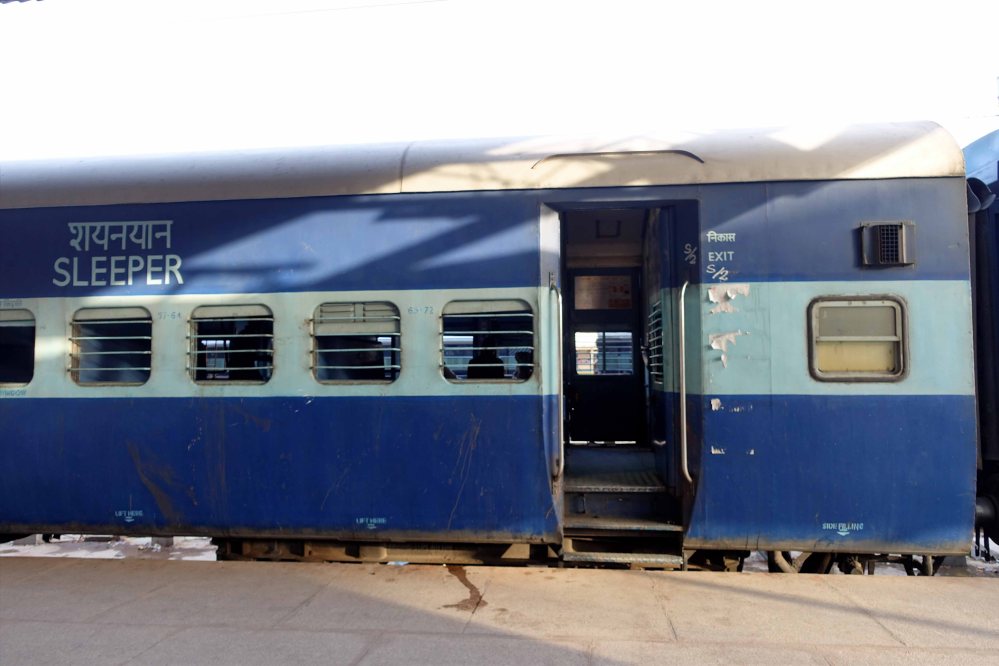 The train ride was not bad, we shared our compartment with a young guy who was passed out the whole ride, and a man who was staring at us with a very unwelcoming face. I offered a cookie to him but was greeted with an angry face like if the cookie was poisoned (now I wish the cookie had some cyanide and he would have accepted it). Most people here in India spit on the street and make phlem noises on a regular basis, being on a train does not stop them and you can still see some spitting on the floors right there.

Anyways, we got to Jaipur and decided we would not do sightseeing that day and we just walked to find a restaurant. The city felt nicer, less traffic, less honking, people were surprisingly friendly (first time in our 2 weeks in India) and the city was cleaner. Everybody was right! Rajasthan is a different India and we were on a good start to like it!

We found this amazing South Indian restaurant winner of many food awards, we each got a different Thalis and everything was great. We returned to the room and rested and had a relaxing evening which included Sarah doing her usual facebook voice chatting with her Dad and Eitan taking a nap.

We hired a tuk-tuk for the day to take us around the city sights. He never showed up so we called our back up tuk-tuk. The driver was a 19 year old Afghani named Hassan Ali, very nice guy with a tragic story of why he is here in India. We have started telling people here that we are from Mexico and are both teachers.  We learned that saying we are from California and Eitan is an Engineer they just see money signs but being from Mexico makes us seem less affluent.  They don’t seem to question that we speak in English to each other.

This is the gate to enter to Jaipur city center’; Jaipur is the capital of Rajasthan State and the 10th largest Indian City.

Our first stop was the impressive Jantar Mantar. It is a collection of nineteen architectural astronomical instruments, built by the Rajput king Sawai Jai Singh, and completed in 1738 CE. It features the world’s largest stone sundial, and is a UNESCO World Heritage site. 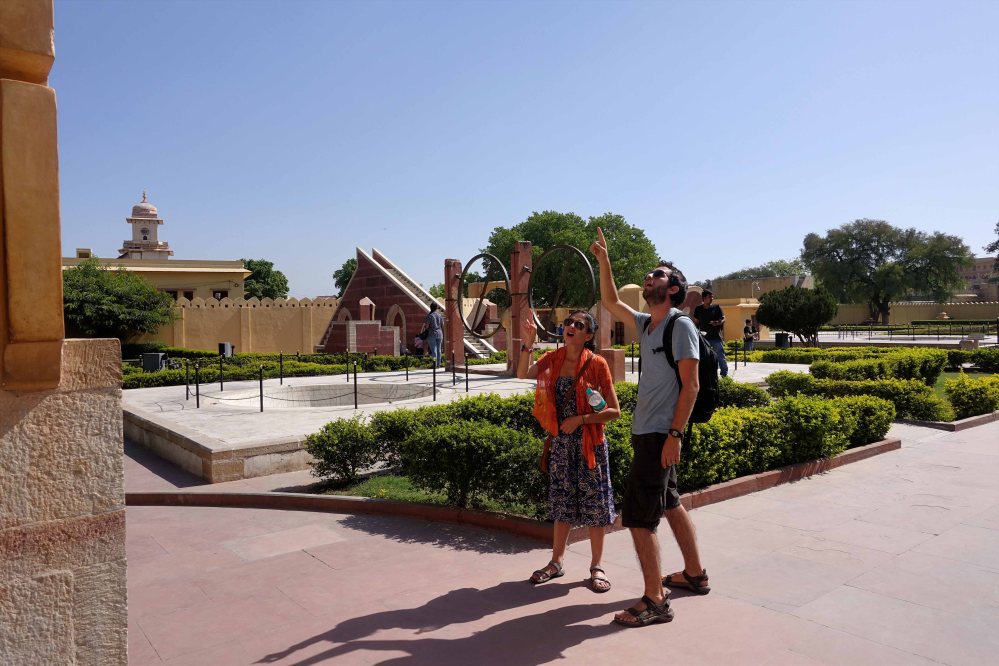 This sundial accuracy is 20 seconds! It is amazing how people many centuries ago could figure out our universe. This place is still used to this day by some scientists to study the stars and to calculate important religious dates either for weddings or just to pray. 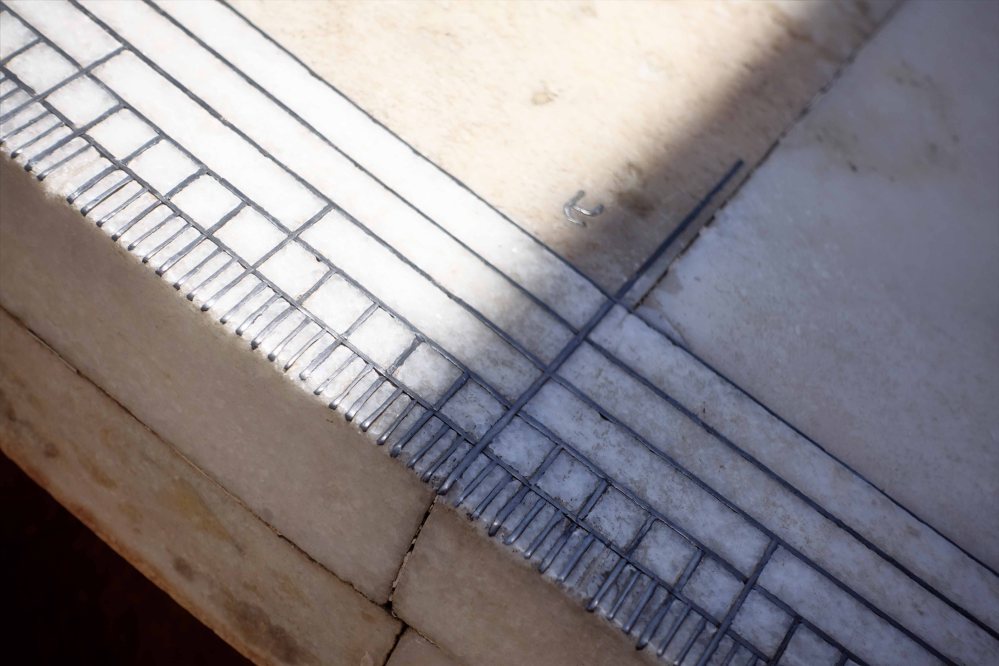 Eitan loves astronomy, so for him this was one of his favorite sites so far. The monument features masonry, stone and brass instruments that were built using astronomy and instrument design principles of ancient Hindu Sanskrit texts.

Understanding how every monument worked was really hard, but a movie they had at the end explaining some mechanisms was really helpful. A guide is a necessity here, but we got warned many times not to take them as they will tell you a price at the beginning and then charge you 10x more at the end… So now we live in ignorance.

Across the street we visited the City Palace, this absolutely beautiful building was the first example of what we were going to find here in Rajasthan (Rajasthan is the western state that borders Pakistan. Cities like Jaipur, Jaisalmer, Udaipur, etc are located in this huge state).

It was the seat of the Maharaja of Jaipur. The Chandra Mahal palace now houses a museum but the greatest part of it is still a royal residence. 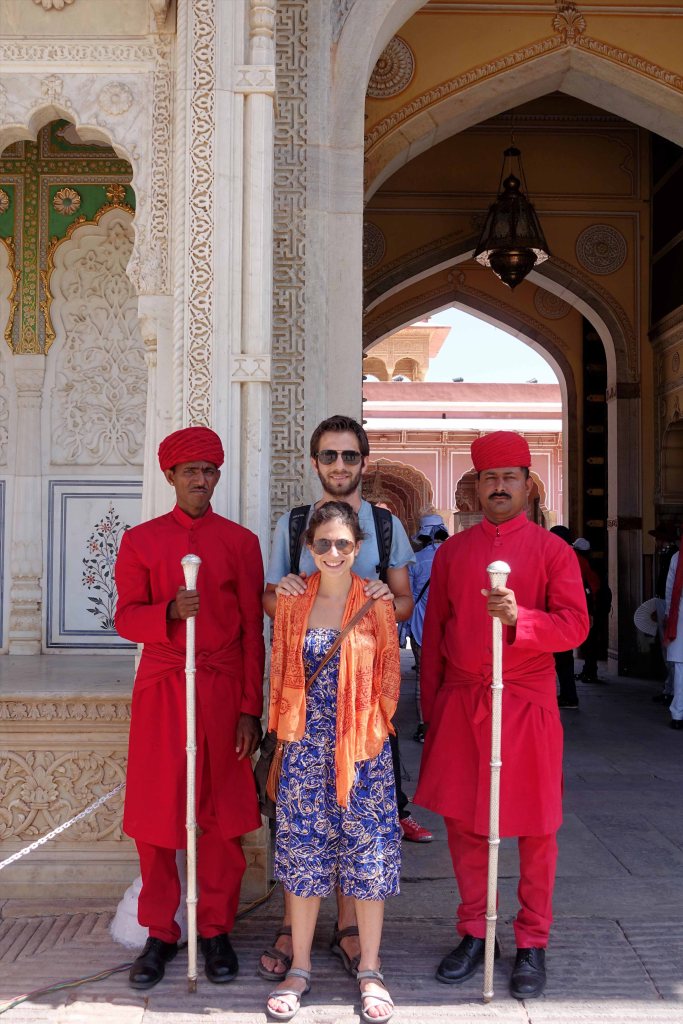 The palace was built between 1729 and 1732, initially by Sawai Jai Singh II, the ruler of Amber. He planned and built the outer walls, and later additions were made by successive rulers continuing up to the 20th century. The credit for the urban layout of the city and its structures is attributed to two architects namely, Vidyadhar Bhattacharya (Hi Tania!), the chief architect in the royal court and Sir Samuel Swinton Jacob. 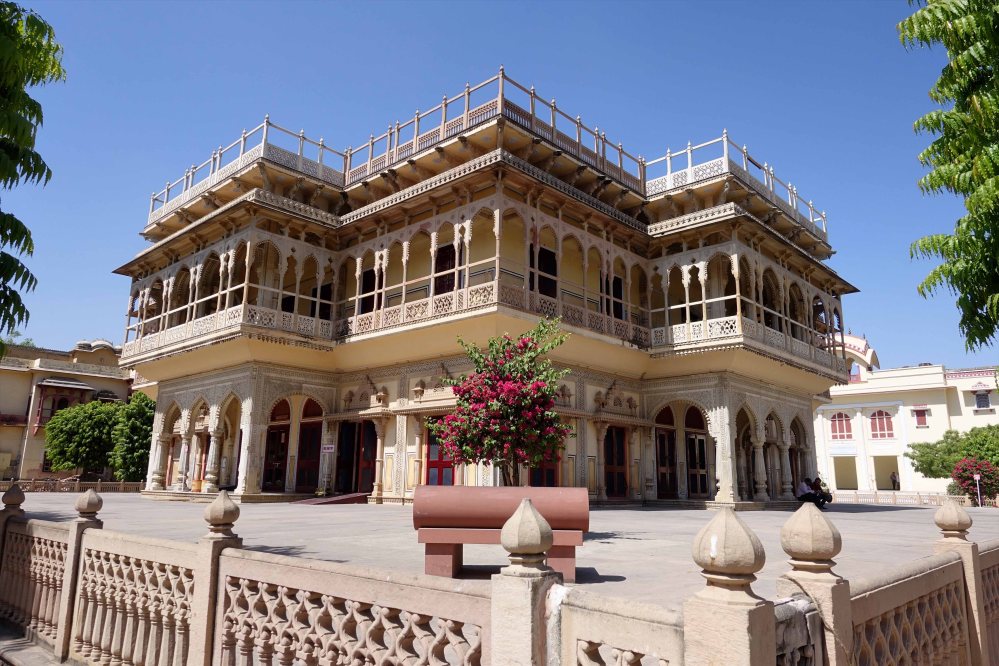 The palace uses a lot of peacock art, mostly at the entrance doors. 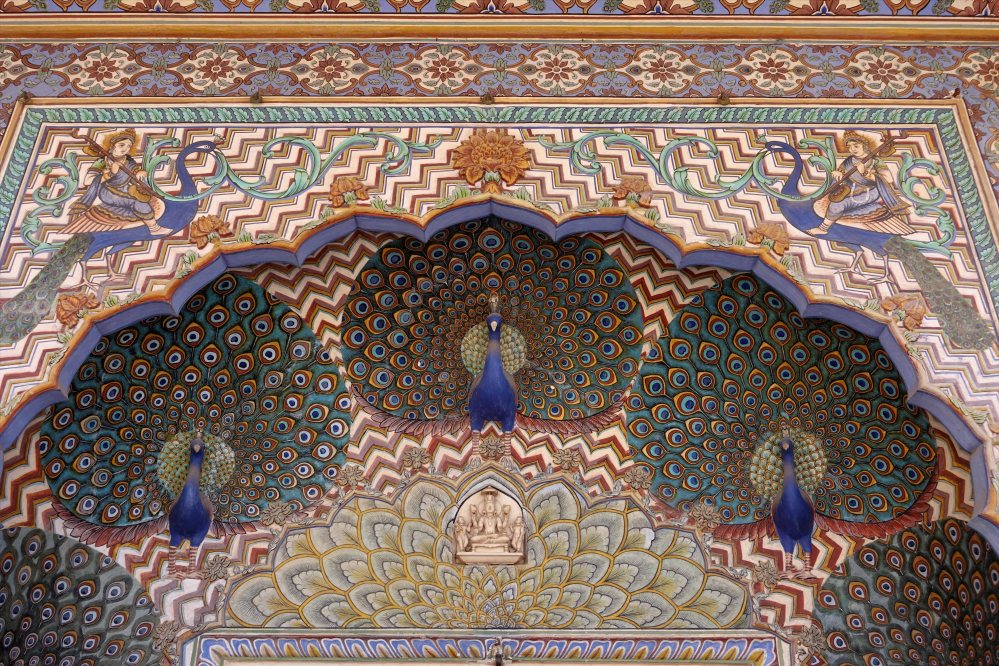 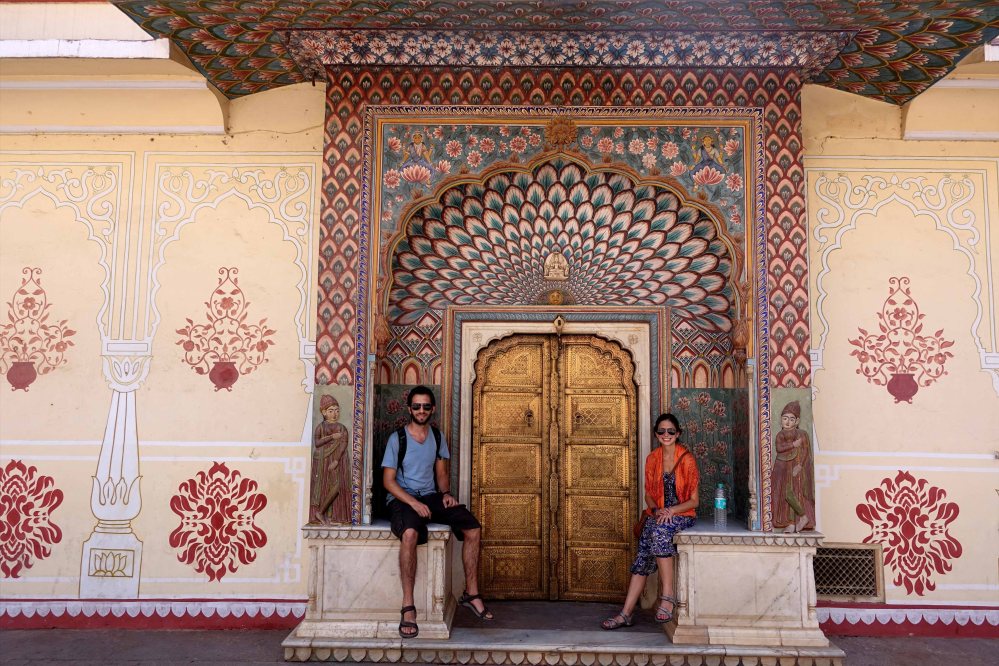 We met a very nice French couple Legname and Myriam, they had the same travel mentality and goals as us and we connected immediately. They also got mega scammed in Delhi but their story is way more scary which included an empty apartment in the middle of Delhi where they kept them there until the next morning; very scary! 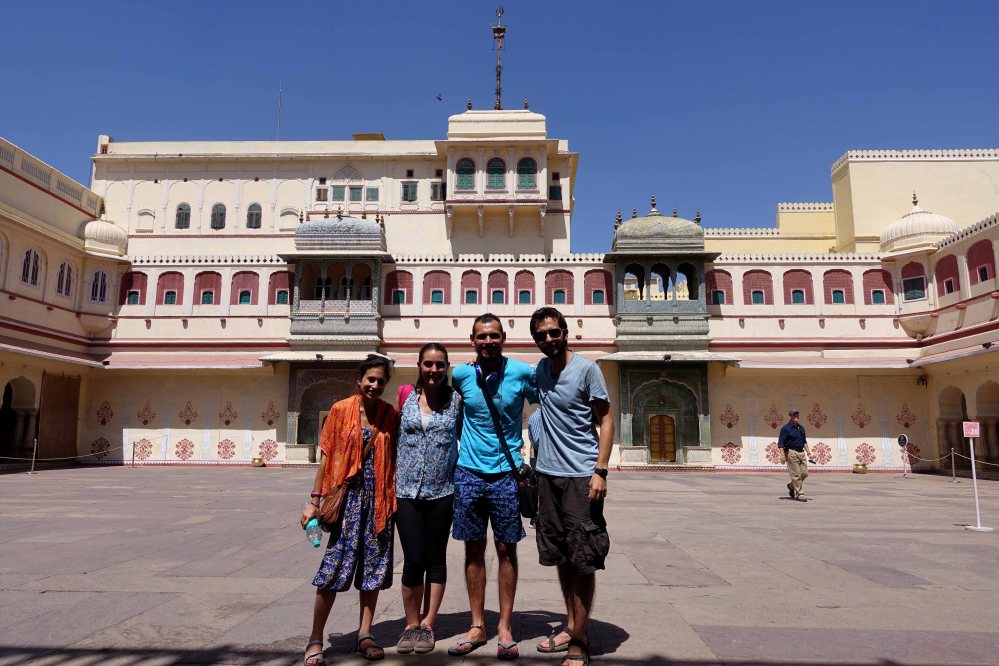 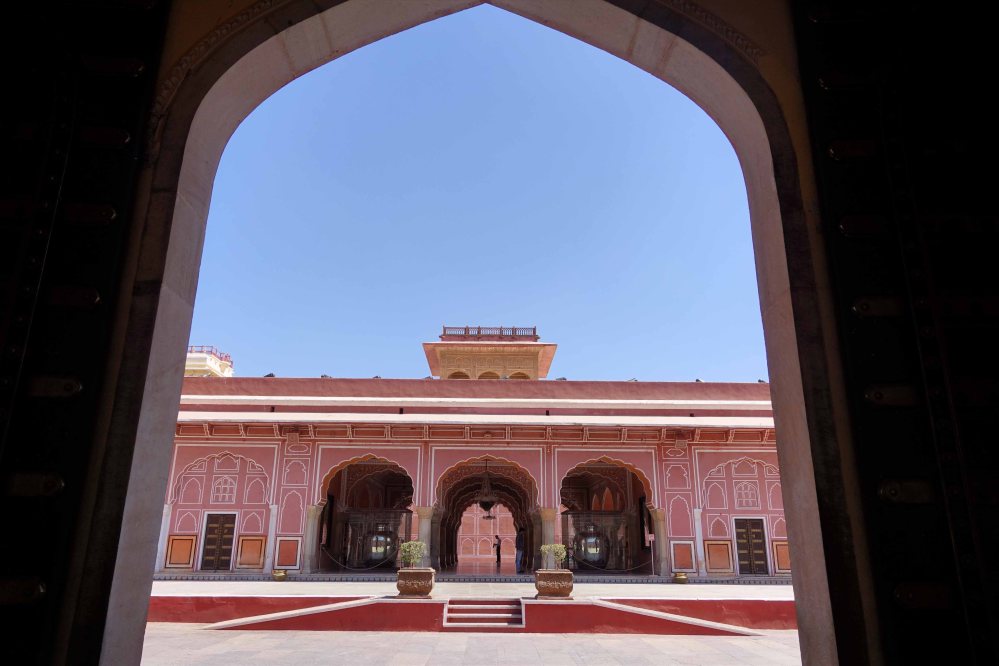 I love doors, specially here in India, so you will see a lot of door photos in our blog.. Sorry.

There is the king’s throne hall where you are not allowed to take photos. Eitan still went above and beyond to bring you, our great readers, the photographic evidence. Eitan got caught taking those photos and got fined 500 Rupees!!! He was pissed!!! We think it is a well-organized scam as well as there were other 2 families who were getting fined as well at the same time as us. They got really aggressive with us so we just paid and left. So here it is: so far, our most expensive photo of the trip:

Our tuk-tuk driver invited us to his brothers wedding! I guess here its really normal to invite all the world to somebody else’s wedding. He said the bride was french and half the wedding was going to be western, the invite was only in Hindu though (red flag). Our invite was personalized (Sahara and Ethan) but we didn’t show up again. Darn it, I guess we are still to jaded and don’t trust anyone.

Very close to the last sites, we encountered the  Hawa Mahal (English translation: “Palace of Winds” or “Palace of the Breeze”).  It is named this because it was essentially a high screen wall built so the women of the royal household could observe street festivals while unseen from the outside. Constructed of red and pink sandstone, the palace sits on the edge of the City Palace, and extends to the zenana, or women’s chambers.  It was one of the busier sites we have been to but fun to explore all the different rooms and view points in this palace.

The entrance is from the back. The architecture of this place is stunning. The detail in every corner must have been designed by a very perfectionist man. 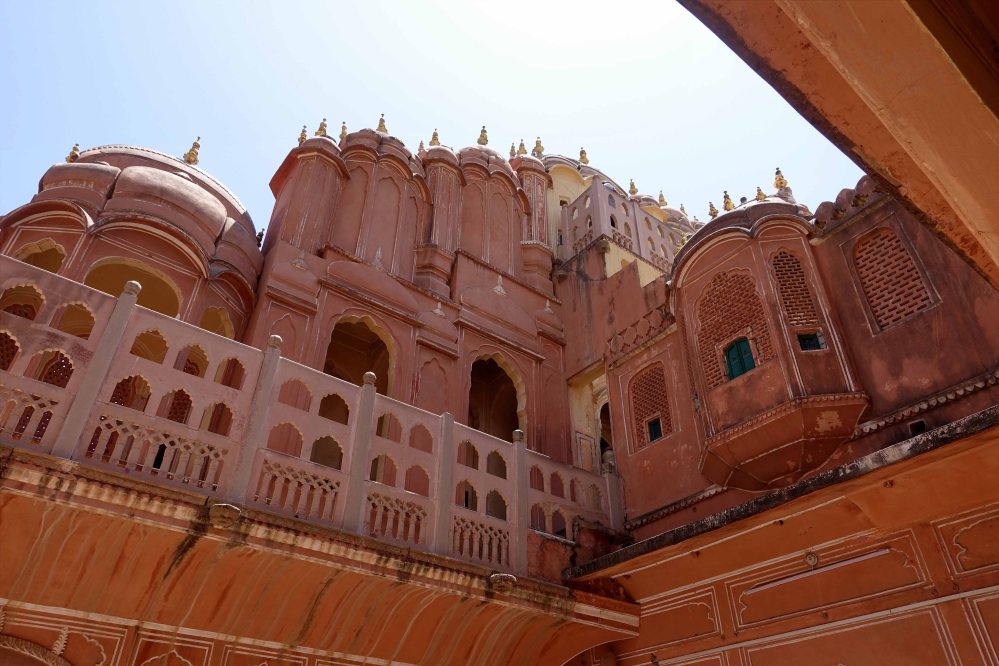 The doors and hallways here are Sarah size!

From the top of this building you can see the view of the city, the observatory with the largest sundial is seen here.

Some locals were happy to see an 8Th wonder of the world walking the streets and obviously a photo was requested with this great monument. We found this girl to be one of the most beautiful girls we have seen in India.

You need to walk around this building to be able to see the front façade, we walked through one market full of very nice and different souvenirs from what have we seen. Mostly colorful blankets, pashminas, bracelets, etc..

Our last stop of the day was the museum; it houses artifacts from all over the world including an Egyptian mummy, some Chinese vases and other weird stuff. We decided we are really not into museums so we are glad we married each other. 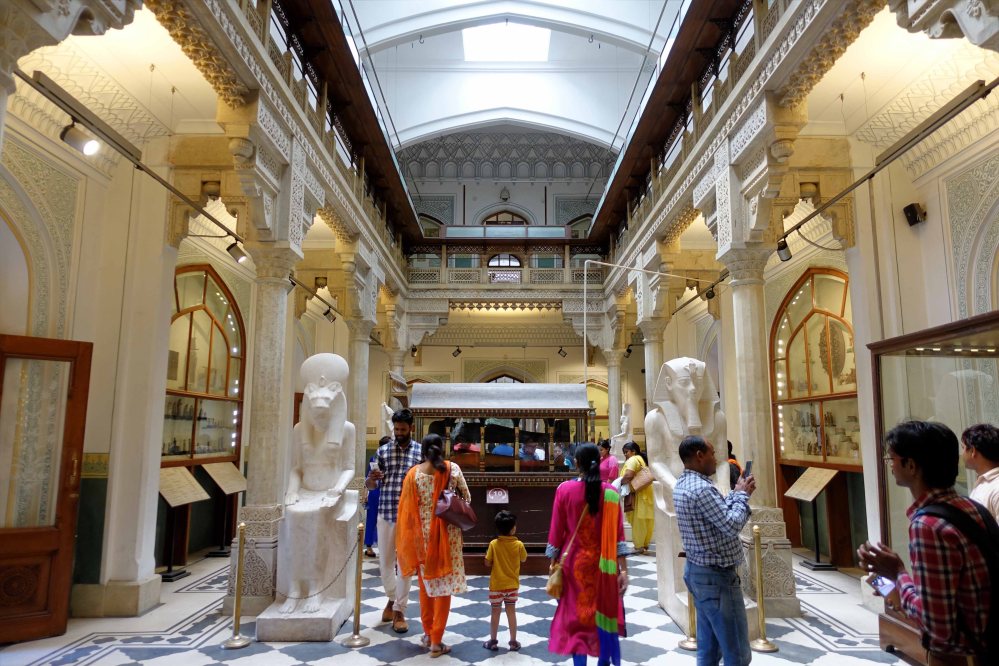 We met our new friends for dinner at a restaurant that was deep into an alley, when we arrived it seemed dead (first red flag), we sat down with the locals to see them play a board game for around 15 minutes until our friends showed up. 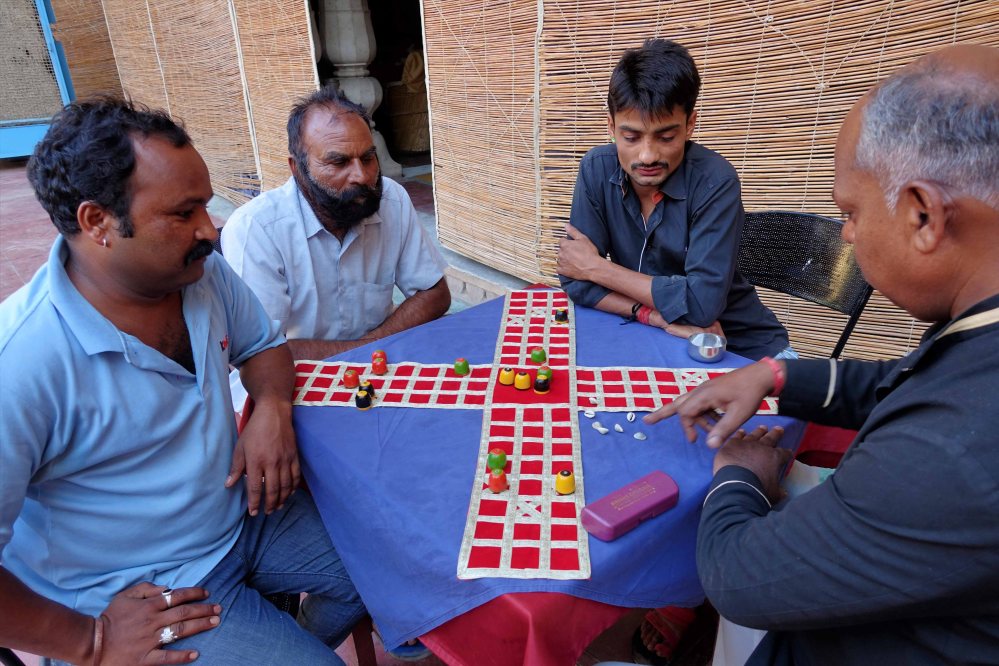 They were surprised as well to see nobody was eating there. We still sat down but the vibe was not there, the waiter was getting too creepy and started touching us (in a very creepy “friendly” way); as any smart traveler would do, we immediately stood up and namaste’d the fuck out.

We found another local vegetarian restaurant (India divides restaurants in Veg or non-Veg, Muslim restaurants are usually the non-veg). The food was good! We were sad to say bye to our new friends but we are hoping at least some of our new friends we are making on this trip we will see again at some time in the future.

Bonus Pic of The Day: Not very often, but sometimes you encounter very considerate tourist attractions that will offer some taste of home. But this sign is 50% wrong, the toilet will be western, but the clean part will usually be a scam.