We woke up at 3:00 am (again) to go to the amazing Borobudur temple to see the sunrise. Our friends Lauren and Heather were at the same tour as well. In order to see the sunrise you have to pay another rip-off ticket of around $35 that includes breakfast (coffee and a miniature fried bread with banana and coconut – tastes like a macaroon – is apparently what they call breakfast).

The good thing about visiting at this time is that there are almost no tourists there yet as the official opening time is 7:00 am, we had the temple for us to explore and it gave us many good photo opportunities.  They provided us with a flashlight that later on we could exchange for a souvenir sarong.

Borobudur is the world’s largest Buddhist temple, as well as one of the greatest Buddhist monuments in the world. Built in the 9th-century, the monument consists of nine stacked platforms, six square and three circular, topped by a central dome. The temple is decorated with 2,672 relief panels and 504 Buddha statues. The central dome is surrounded by 72 Buddha statues, each seated inside a perforated stupa. Of course this one is also a UNESCO World Heritage Site. 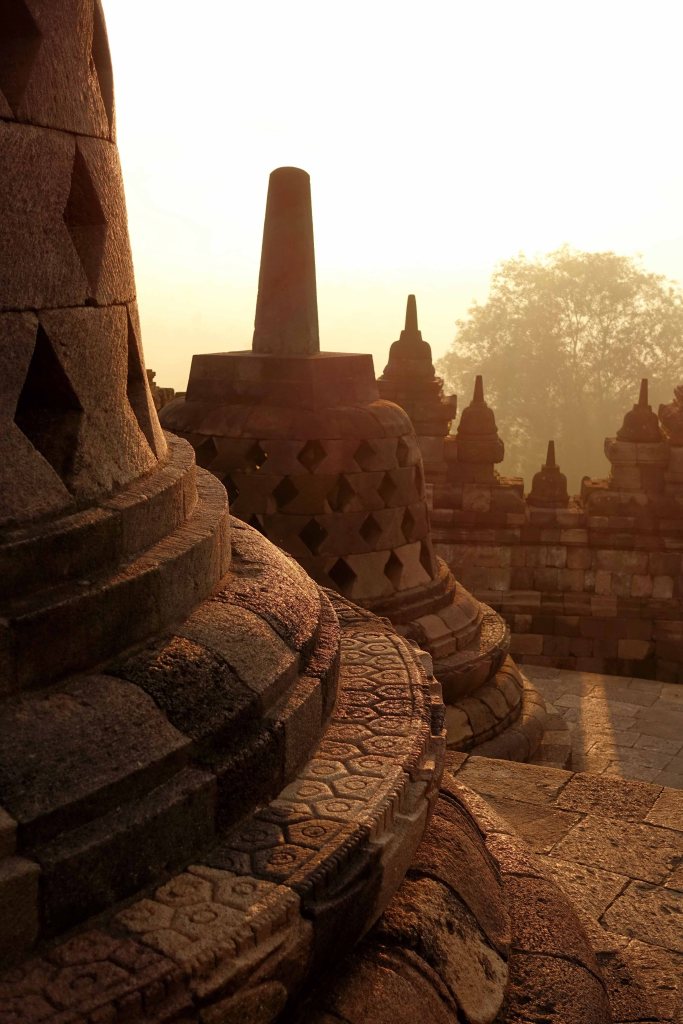 The sunrise was beautiful, the way it slowly the temple to reveal its detail. You can see the mist above the forest disappearing slowly. 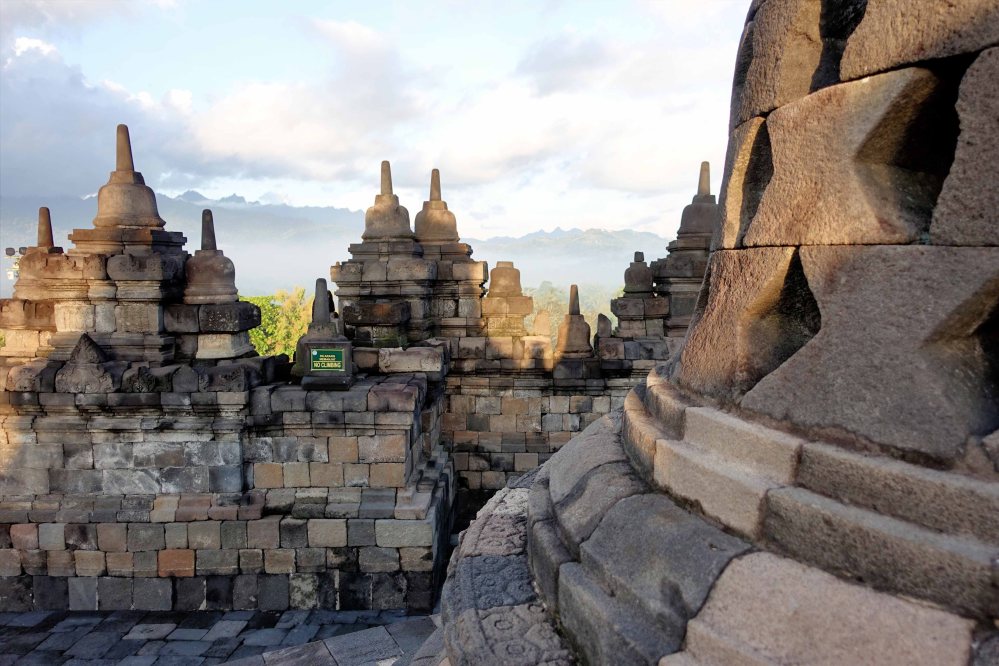 Borobudur is still used for pilgrimage; once a year, Buddhists in Indonesia celebrate Vesak at the monument, and Borobudur is Indonesia’s single most visited tourist attraction 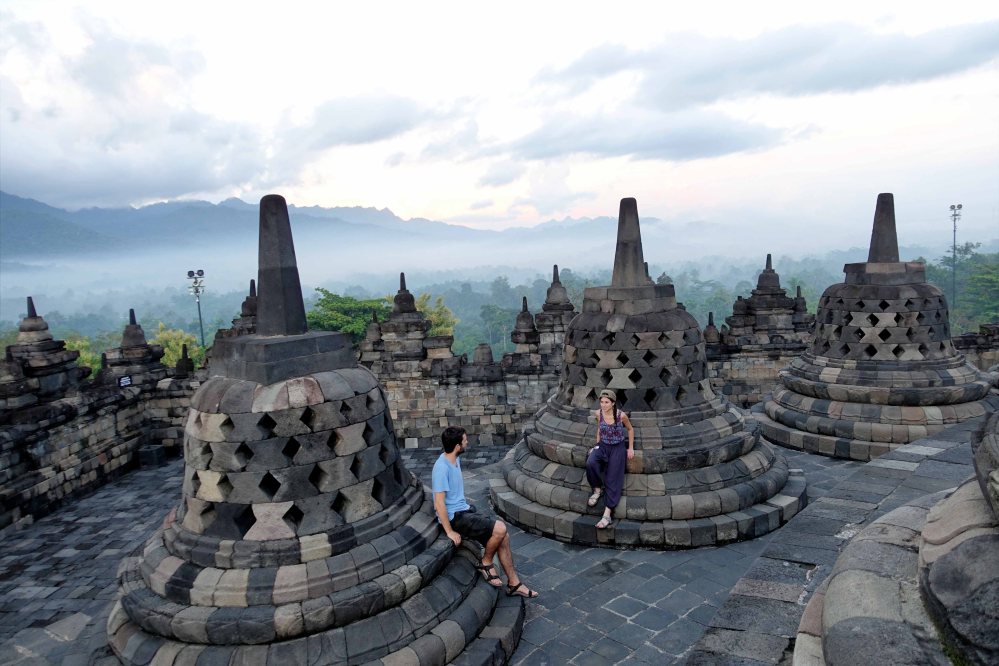 After the sun was finally illuminating the temple, we got time to go around it and explore it in detail.. 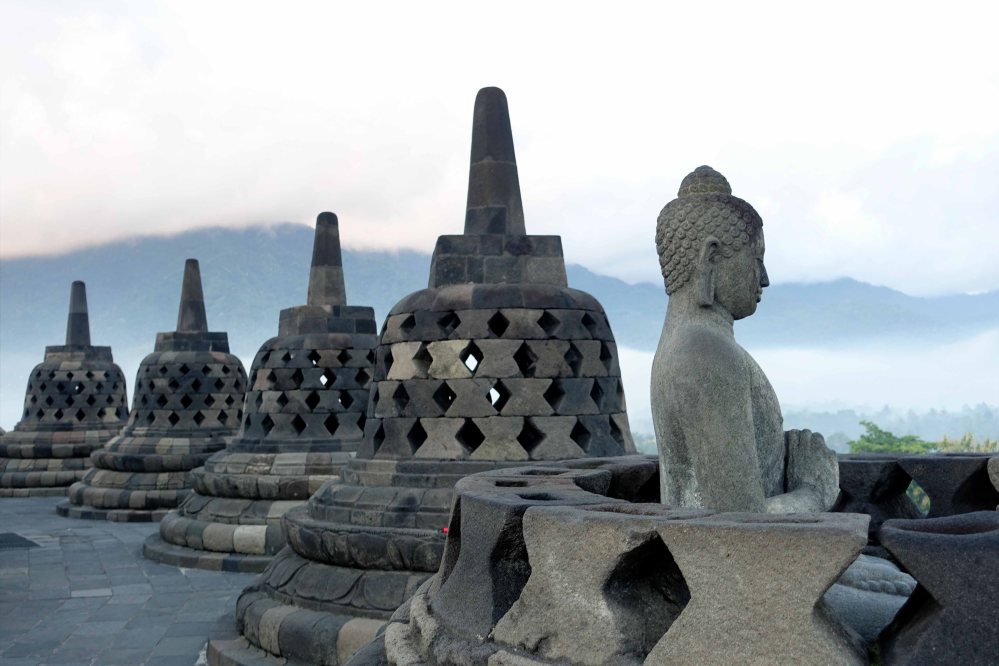 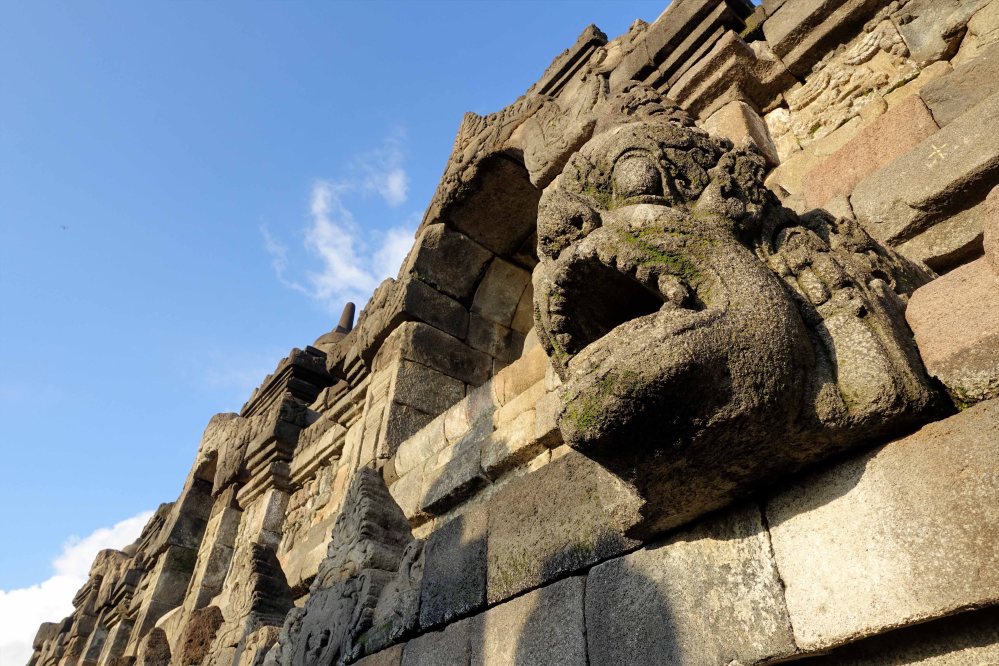 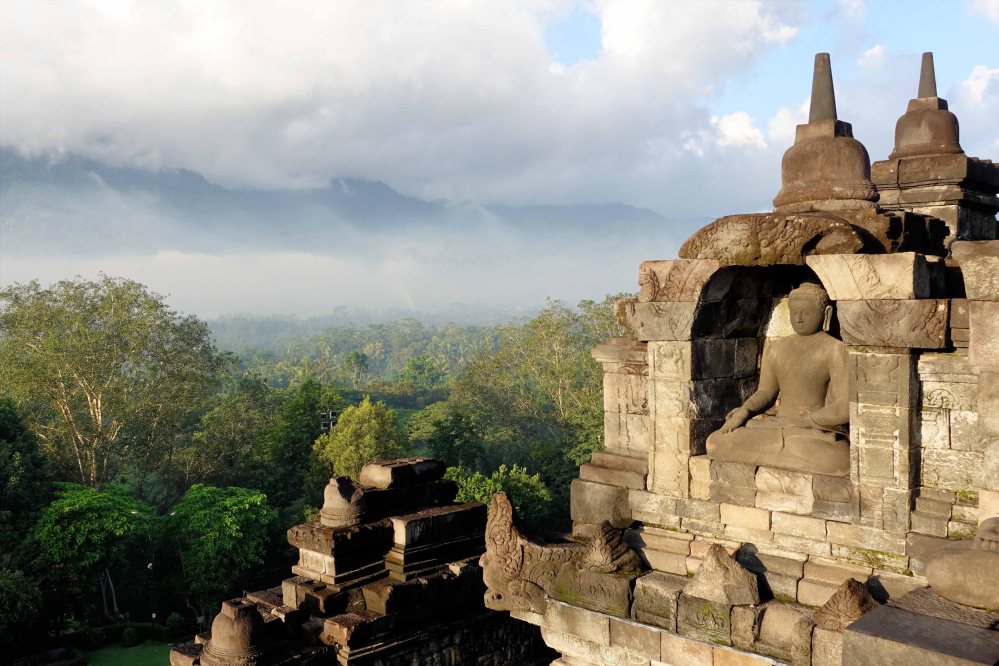 After touring Borobudur we tried to eat breakfast just outside the temple which as included with the tour transportation we bought.  This time their idea of breakfast was a bread and jam sandwich.  We ordered a strawberry jam sandwich but Sarah got a strawberry spider sandwich, yup, hers had a spider in between the breads. We stayed hungry for a little while until we found an Italian restaurant near the hotel. Eitan ordered pasta arabiatta and it was the spiciest thing we have had yet in all of Indonesia! After filling our bellies and sweating out all the diarrhea toxins from the spicy pasta, we headed for the airport to travel to Jakarta, we heard bad things about Jakarta but we will make our own opinion instead.

Bonus pic of the day: Strawberry spider sandwich, its hard to see because the spider its all crushed in there. Good protein source but Sarah decided to skip it this time.