Today was a very exciting morning for Sarah.  Her parents messaged her saying she passed her first social work licensing exam.  She was nervous to find out if she passed and was sooo happy to hear the great news that she jumped up and down and likely woke up the entire hotel!

We went to meet our driver from two days ago who agreed to pick us up at 9am and by 9:30 he never showed.  So a nice man working at the hotel called his brother in law who is also a driving who arrived about 30 minutes later.  Eitan had researched the best sites to see in Bali and asked the driver to take us.  He explained that they are all very far apart and our request was a very crazy but he agreed to take us. During the drive we realized that Bali has some pretty bad traffic so that contributed to why each destination took so long to get to.  The first drive was about two hours but driving through Bali is beautiful because everywhere you go you see temples and stunning greenery including rainforests and rice farms.

Our first stop was Pura Ulun Danu “the scared temple of the volcanic lake”. It is located on the shores of lake Bratan and it was built in 1663. This temple is used for offerings ceremony to the Balinese water, lake and river goddess Dewi Danu, due to the importance of Lake Bratan as a main source of irrigation in central Bali. 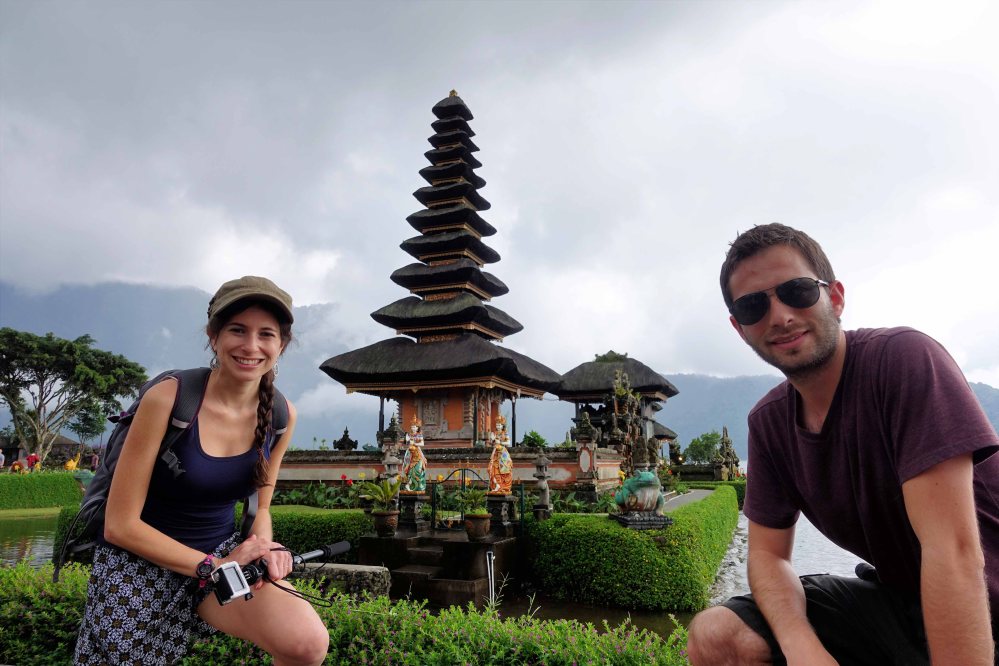 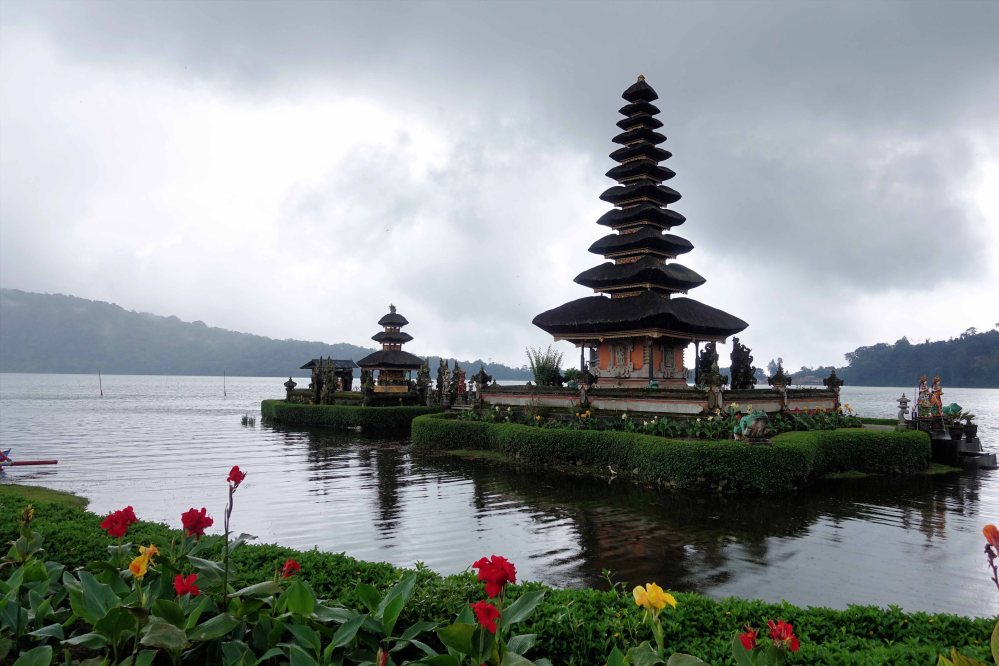 There were some kids fishing next to the temple with this colorful boats.

We then resumed our drive for another 2 hours and got some napping in as well.  It began to rain extremely hard and we learned that this car was not rain proof because we got so wet while being inside it.  We brought towels in case we went to the beach and ended up using them to stay dry in the car.

Our next stop was a  beautiful temple called Uluwatu Temple, a Balinese sea temple which was on a cliff (our favorite of the day).  It was truly stunning!

We drove another 2 hours to Tanah Lot. On our drive there we had to stop because there was a religious parade stopping all traffic.  There is a big religious holiday in 3 days here called Nyepi (Day of Silence) and there is a tremendous amount of preparation for this day.

We got to see several different villages come together walking to the beach for a cleansing ritual.  They were all dressed in traditional attire.  We learned the men wear the bandanas around their heads to clear their head from negative thoughts so they can focus on prayer.  The creepiest thing is there were woman that were in a trance and they were screaming louder than any horror film you see. We asked our driver about this and he said only special people have the ability to go into trance (usually people related to the priest family). 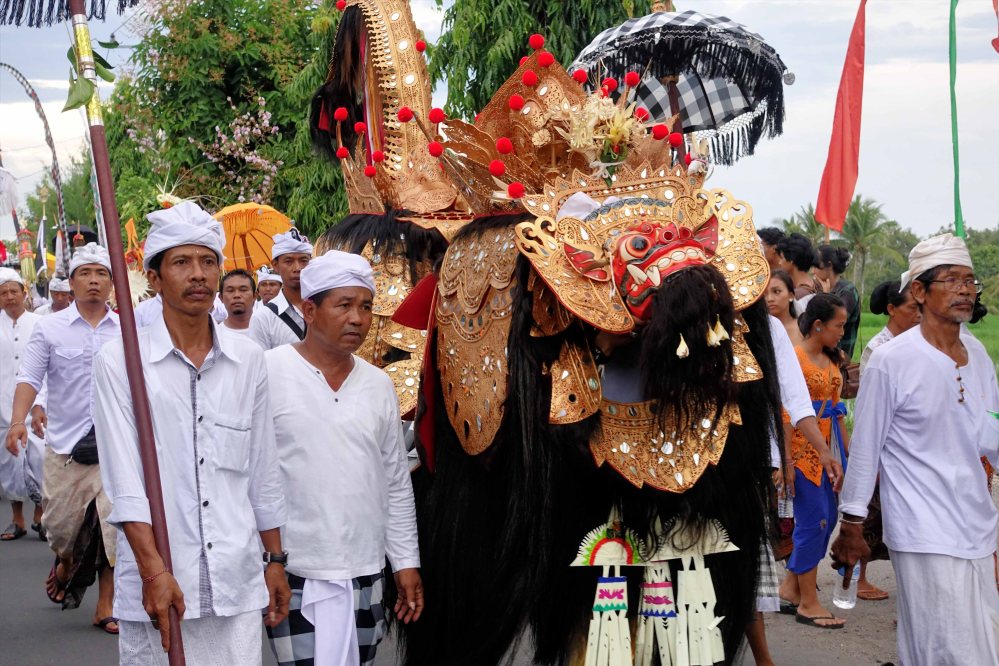 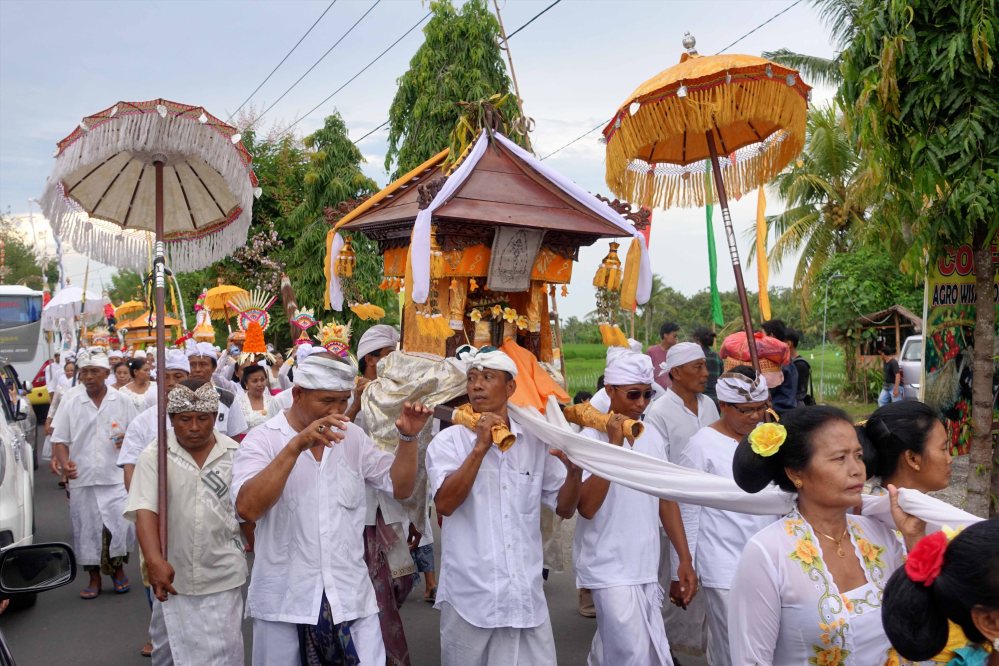 Seeing this parade was truly a fascinating experience and we were exposed to authentic Balinese culture. Overall we have been so impressed with how rich the Balinese culture is.

We eventually made it Tanah Lot after about a 30 minute delay due to the parade.  Tanah Lot was probably the most touristy of all the temples.  We wanted to get there to watch the sunset and the timing and weather worked our perfectly.  This temple was also incredible the only aspect we didn’t like was all the trash on the beach. 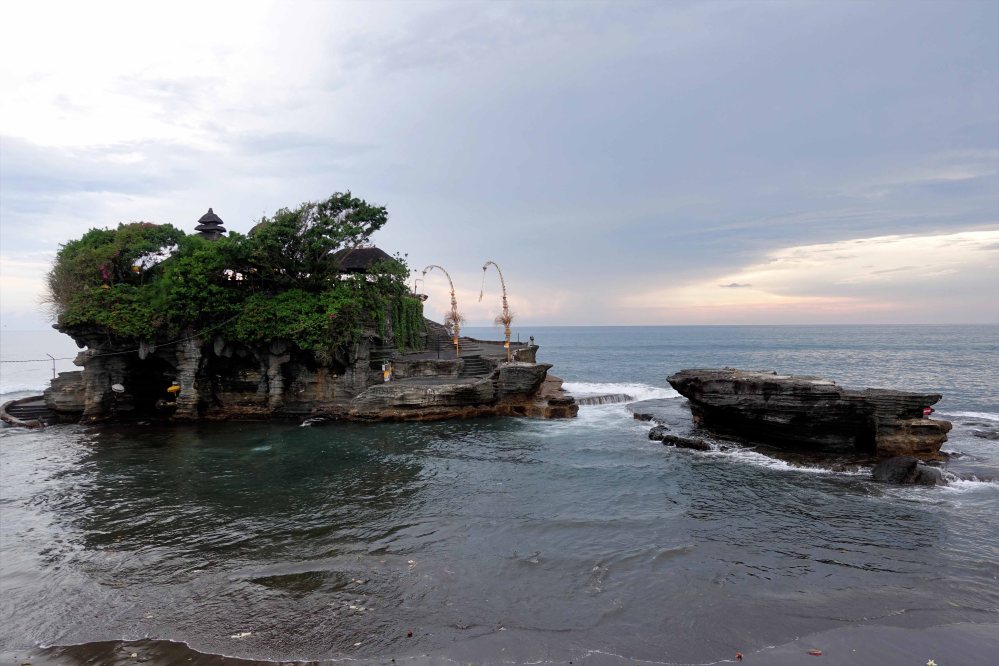 Then for our last 2 hour drive back to the hotel.  Our driver became increasingly chatty and funny to talk to on our drive and we got to learn a lot about the culture by speaking to him.  Sarah was almost convinced she was ready to move to Bali but then when she learned that being gay is completely shunned upon and that men are the favored gender she decided she doesn’t need move to Bali until they get a bit more progressive.  We ended the day with  a nice dinner to celebrate Sarah passing her test!

The next morning we woke up early to visit the morning fruit market where Sarah got to try for the first time Durian, this fruit of the devil smells like dead animal and tastes horrible, but locals love it so we had to try it. Most places don’t even let you bring that fruit in because of the smell.  We also stocked up on Mangosteen and white mango which we didn’t even know that existed.

Our driver from the day before had told us about the one Mexican restaurant in town and said it is extremely popular.  Eitan’s lack of Mexican food the past two weeks was taking a toll on him, and our curiosity to try Mexican food in Indonesia led to us checking this place out!  It was the most crowded place in town and we sat on the floor (never done that at a Mexican restaurant before).  Despite Eitan’s high standards of Mexican food he was pleasantly surprised and we both thoroughly enjoyed a nice break from Asian cuisine. Apparently the owner worked on a cruise ship where he learned hot to cook Mexican food. 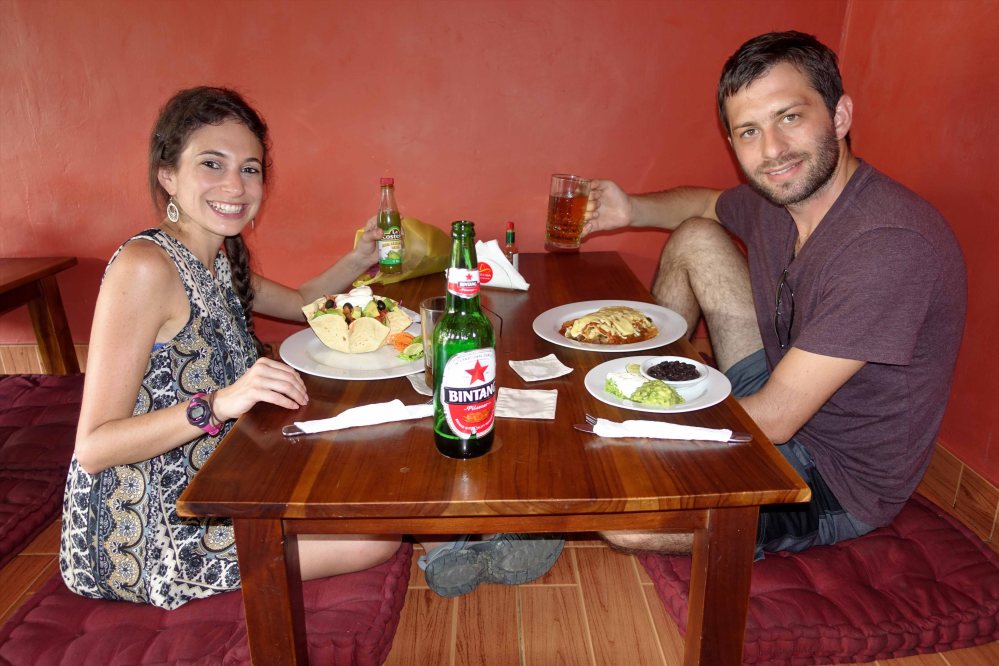 The nice guy at the hotel took Eitan to the clinic for his second rabbies shot.  They are so efficient here, the whole process took him about 25 minutes (quicker than when we initially got our shots back home!). We ended the evening enjoying our private pool and Eitan is in Rabbies remission at last!

Bonus Pic: This dicks are all over the place in Bali, when you ask the ladies at the store why they sell those, the answer is only “funny”. So no real meaning there.