Today was Sarah’s 30th Birthday in Korea!!!! If she wasn’t married yet, this is the day where she is officially past her prime here and she can expect to live a single life from now on (actually Sarah is 31 in Korea as when you are born here you are immediately 1 year old)

We took the train North to the small city of Andong (it was snowing!), from here a local bus takes you to the Hahoe Folklore Village. The village still has normal residents and they work and live as if they were living in the 1800s. The government actually subsidizes the village so they don’t have to modernize, thus attracting curious visitors, which is also a source of income for them. 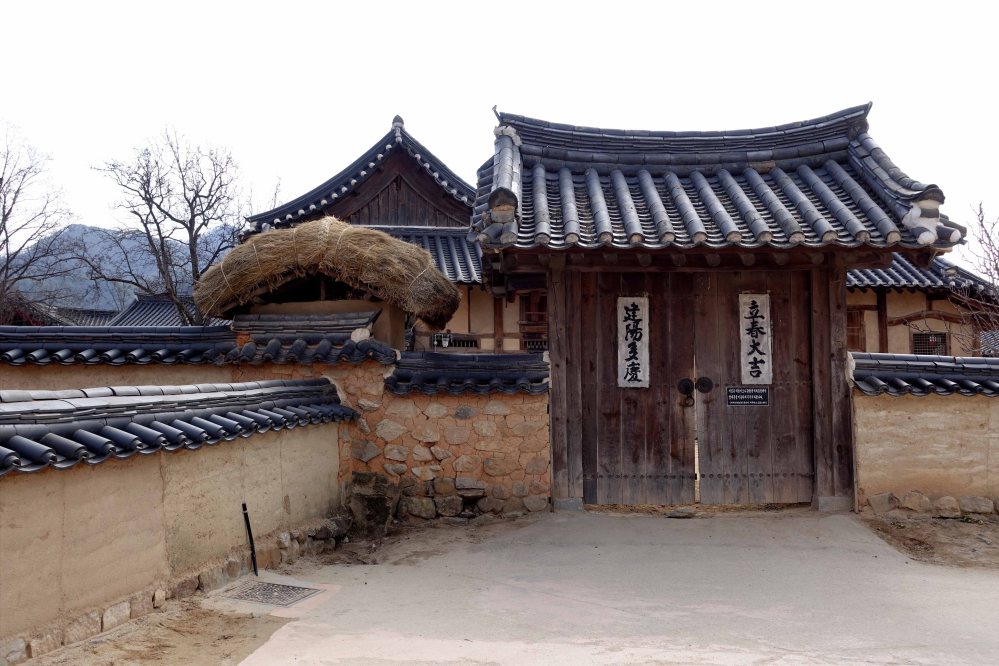 We met our friend Clark, when we met we first thought his name was “clock” and not until we became facebook friends we realized his English name was Clark. Clark was traveling with 2 other friends, Kim and Young!

His was a genuinely nice guy who helped us reach the village and answered all our questions. His English was excellent (very rare to find someone with such good English here in Korea). 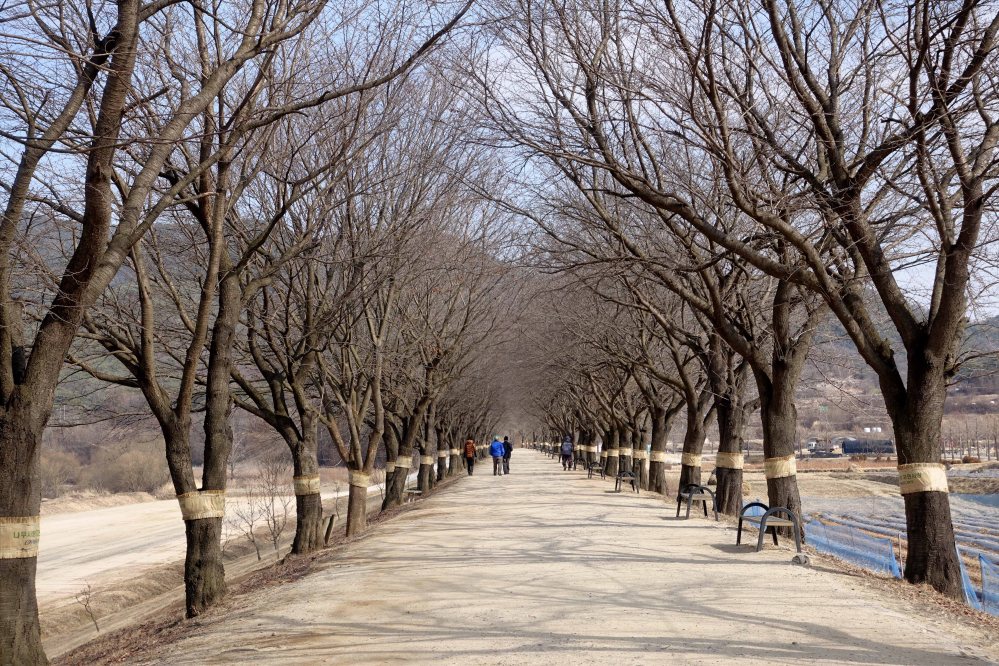 You can walk around the Hahoe village in around 1.5 hours, there is a combination of traditional looking Korean style houses and the straw roof houses. 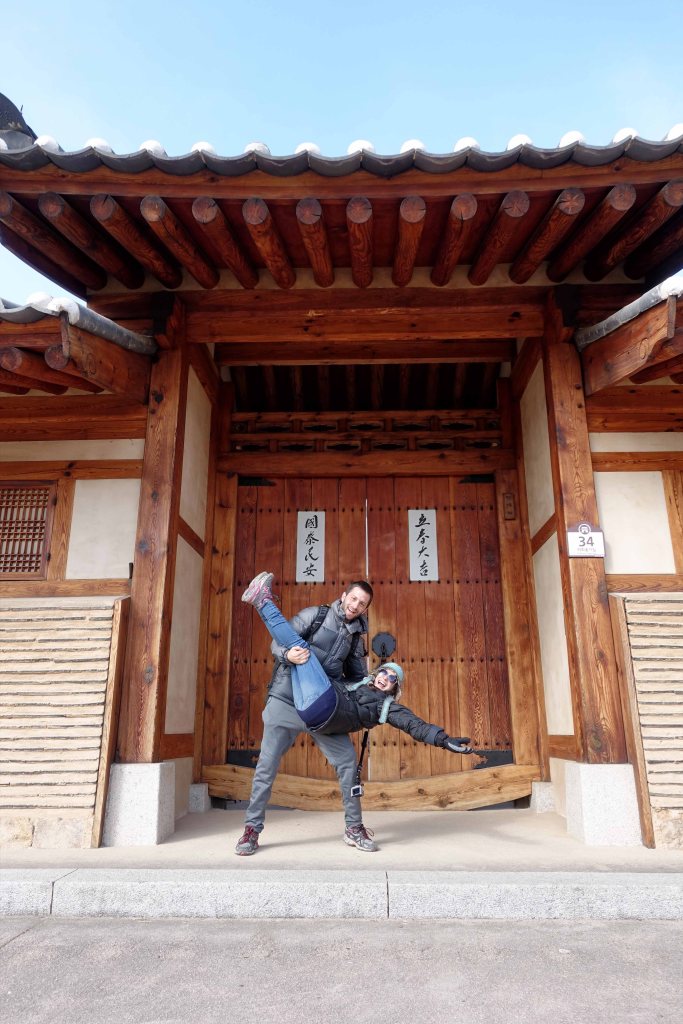 It is winter, so most of the residents are hiding inside their houses so the village is kind of empty, also barely any  tourists were there which made our visit more peaceful. This area is very famous for they mask festival in October, so most of the souvenirs we saw here are beautiful wooden masks! 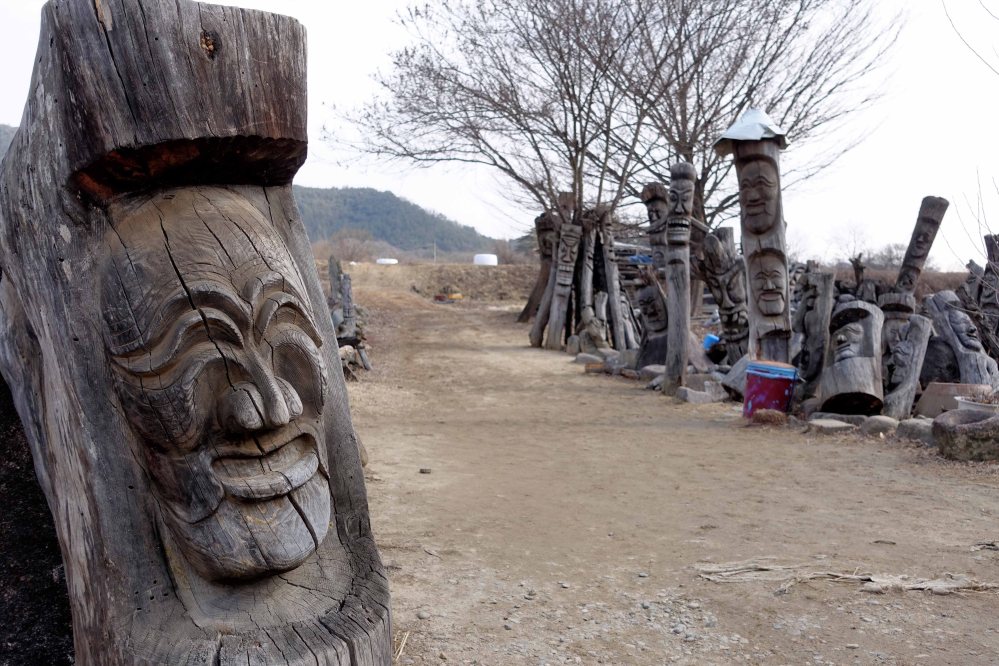 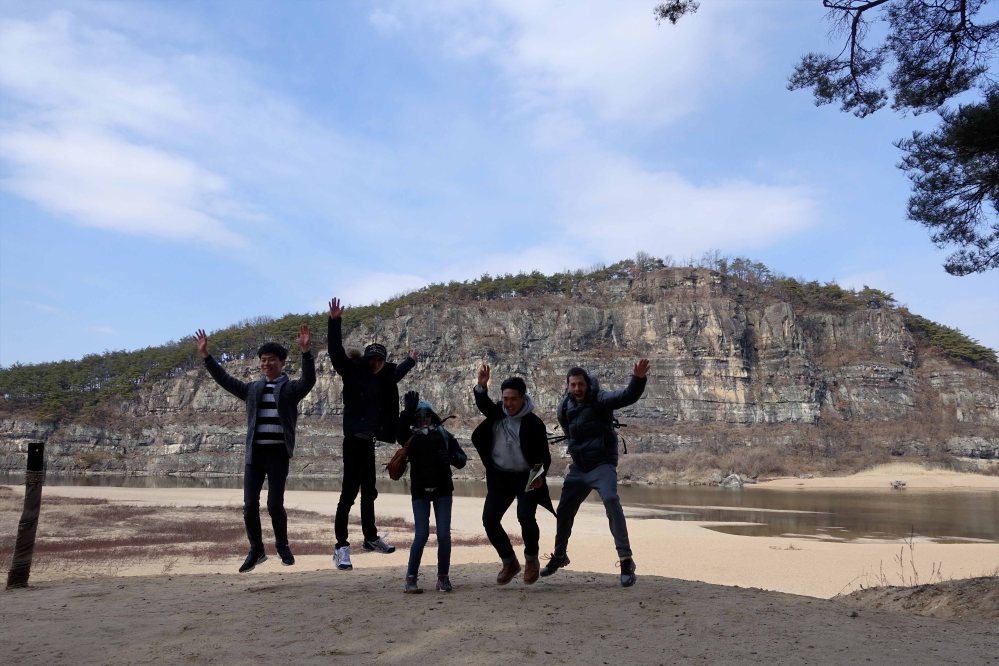 Sarah found a keychain she liked (she is collecting keychains as souvenirs) and Clark was so sweet and surprised Sarah with keychain as a birthday gift.  Sarah sat next to Clark on the bus ride back and asked many questions learning about normal life in Korea.

We went to a famous bakery of Andong and got a pastry Clark recommended which was this fresh bread filled with cream cheese.  So kind of the Korean version of a bagel with cream cheese! The traditional dish of this area is called Jijimbak, which is spicy chicken and vegetables in a soy broth, there is a bunch of restaurants serving this dish inside the street market so we gave it a shot and eat at the one that looked the cleanest.  We took off our shoes and sat on the floor. 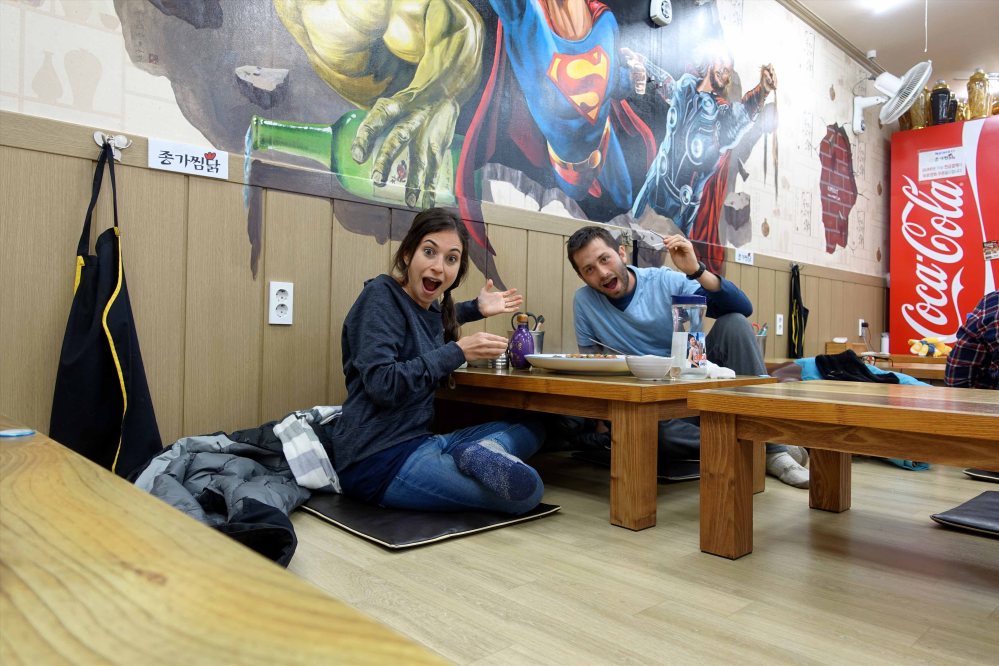 And here it is, at least we ordered the small one and just a little spicy! It was delicious (quite spicy!) and Sarah couldn’t stop eating the spicy broth. We paired this with a traditional raspberry wine called “women wine”. This was by far the most expensive meal we have had in Korea but it was worth it especially for Sarah’s 30th, it was about $24 dollars. 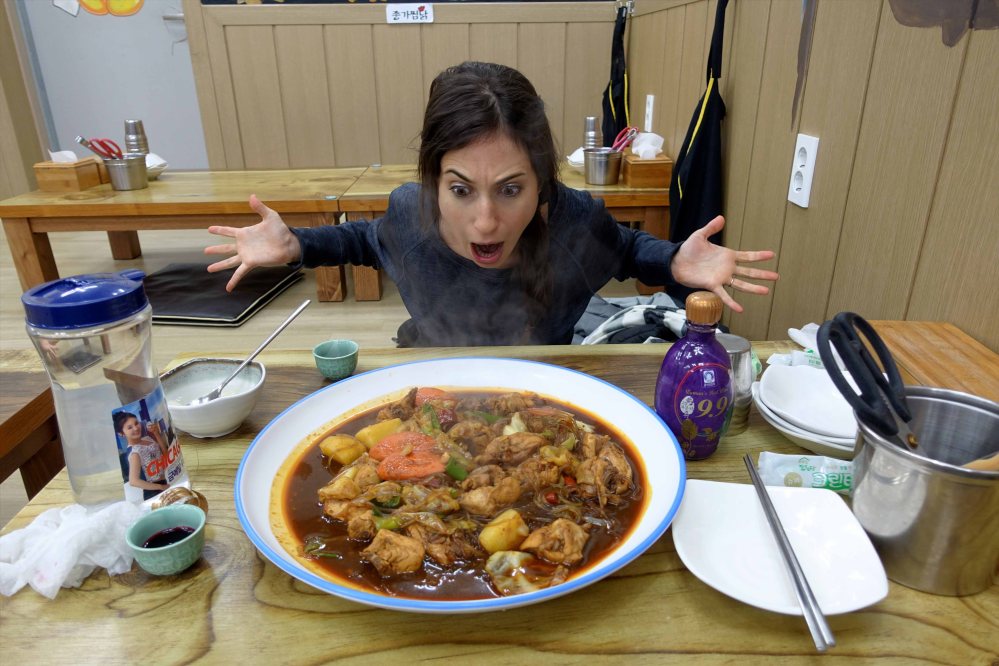 We then had an early night in probably our nicest hotel room yet with the usual heated wooden floors but this one also had a heated bed! 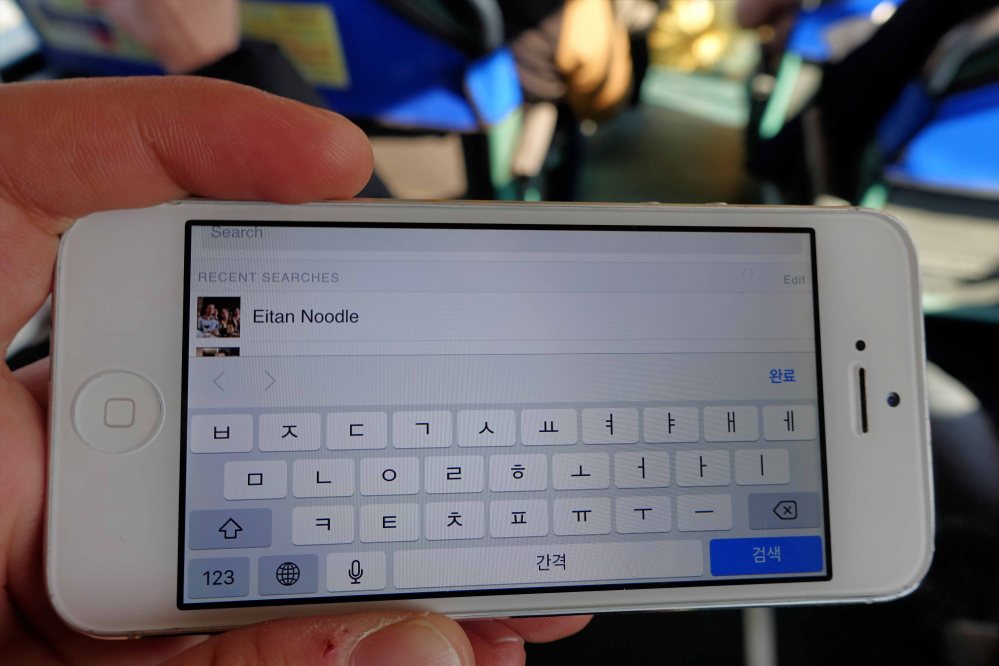